Where were you in '62?  When WE were American Graffiti.  But can we ever go back there?

In the small town I lived in as a teenager, in North Carolina, we drove the “main drag” from the Dairy Queen on the north end of town to the south end which was the A&W.  Downtown was alive with the sound of rock and roll music from car radios all tuned to the same WSAT station.  Russ McIntyre was our local “Wolfman Jack”. From my upstairs bedroom, I could listen to Dick Biondi at WLS in Chicago. Stores were lit up and people went “window shopping” by walking around on the downtown sidewalks, greeting each other.

If we didn't have a car, or not proud of what we had, we would find a parked one on the main drag across from the S&W cafeteria…..and lean against it as if it was ours and yell out greetings to the kids who drove by. Robert Myers had a light blue 55 Chevy with no front bumper. Mayfield drove a jacked up in the back 1940 black two-door Ford and they also had after school jobs to pay for it. I do not recall what the rich kids living on Fulton street did.  Al's Nighthawk was “Mel's Drive-In” to us. It was in an old ice cream place on Highway 601 with a dirt parking lot, but he sold pizza.  It was the same “Original Crispy Pizza” pre-fab crust that was sold at every drive-in movie I ever went to. It was rumored that Al also sold beer to teenagers without checking ID's.

Years later I went to my high school reunion, and Friday night we gathered at the “NEW” Al's Nighthawk.  Al had sold out and moved a few blocks toward town. Al’s had not changed. The pizza had not changed. The parking lot was now paved….In high school, John Bulla had been a bit of a hero, since he had once driven a dirt track stock car, and at the reunion, people were talking about it and he was reliving his glory days through his memory. John couldn't join us for Saturday at the Country Club dinner since he was a truck driver and had to work the next day. He may not have had the $35 for the dinner.

Looking back, the kids who raised hell in high school had grown up, got married, had kids, bought a house, and were now raising hell as partners for life…..and they were laughing about old times…..because Al really DID sell beer to teenagers!  I learned something about life from that……..you never go back to your first reunion or even the first 5, 6, 7, 8 or so. You give time for life to level things out……and plenty of people have nothing left to brag about 10 or 20 years later. Nice guy that I am, I was not going to destroy the high school hero by mentioning what I had done since high school. Some of those people peaked early.

Saturday dinner at the Country Club they passed around the microphone and I was one person who knew how to use a microphone. I thanked them all for being the inspiration that had propelled me to greater things.  It is true that a lot of people never move far from where they were born. In that small town, becoming a member of the Country Club may have been the biggest thing they would ever do.  In the 60's we were lost in the 50's.

We went to IHOP after dinner. I sat halfway down the long table. Wealthier on my right, less well off on my left. In the days of knights and kings, they always had an elaborate saltshaker that separated the commoners from the noblemen. Commoners were “below the salt”. I thought to myself that on that night, it was the IHOP syrup selection that divided my reunion class. Across from me a classmate talked about their experience collecting some autographed racing memorabilia.

There was no need for me to tell anyone that I had been to Daytona many times……That I am a living Legend of Auto Racing or anything else that I have done.  I am still the nice guy and will not destroy the dreams of someone else.

We should never go back there again…..and destroy the memories of when WE were American Grafitti. 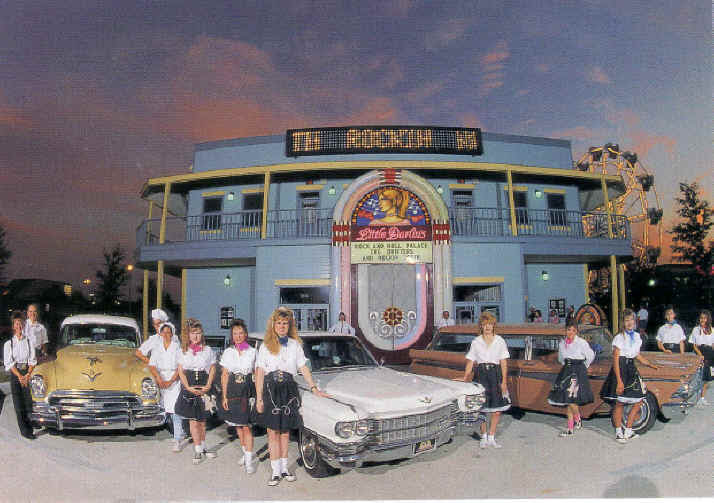 Oh, and Wolfman Jack?
He was a real DJ before American Grafitti.  After American Graffiti, he hosted the Midnight Special on TV for many years.  The blonde girl on the painted sign behind the current stage at Old Town Kissimmee was “Little Darlin”.  After the Midnight Special, Wolfman Jack opened the Rock and Roll Emporium at Old Town Kissimmee.  Two years later Wolfman Jack went to Rock and Roll Heaven.  We still miss you, man.

But only if you can go back there….. 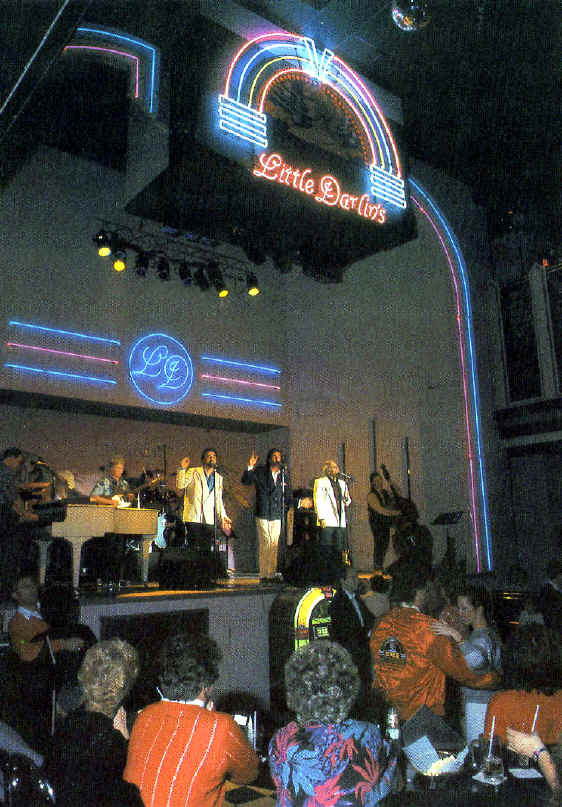