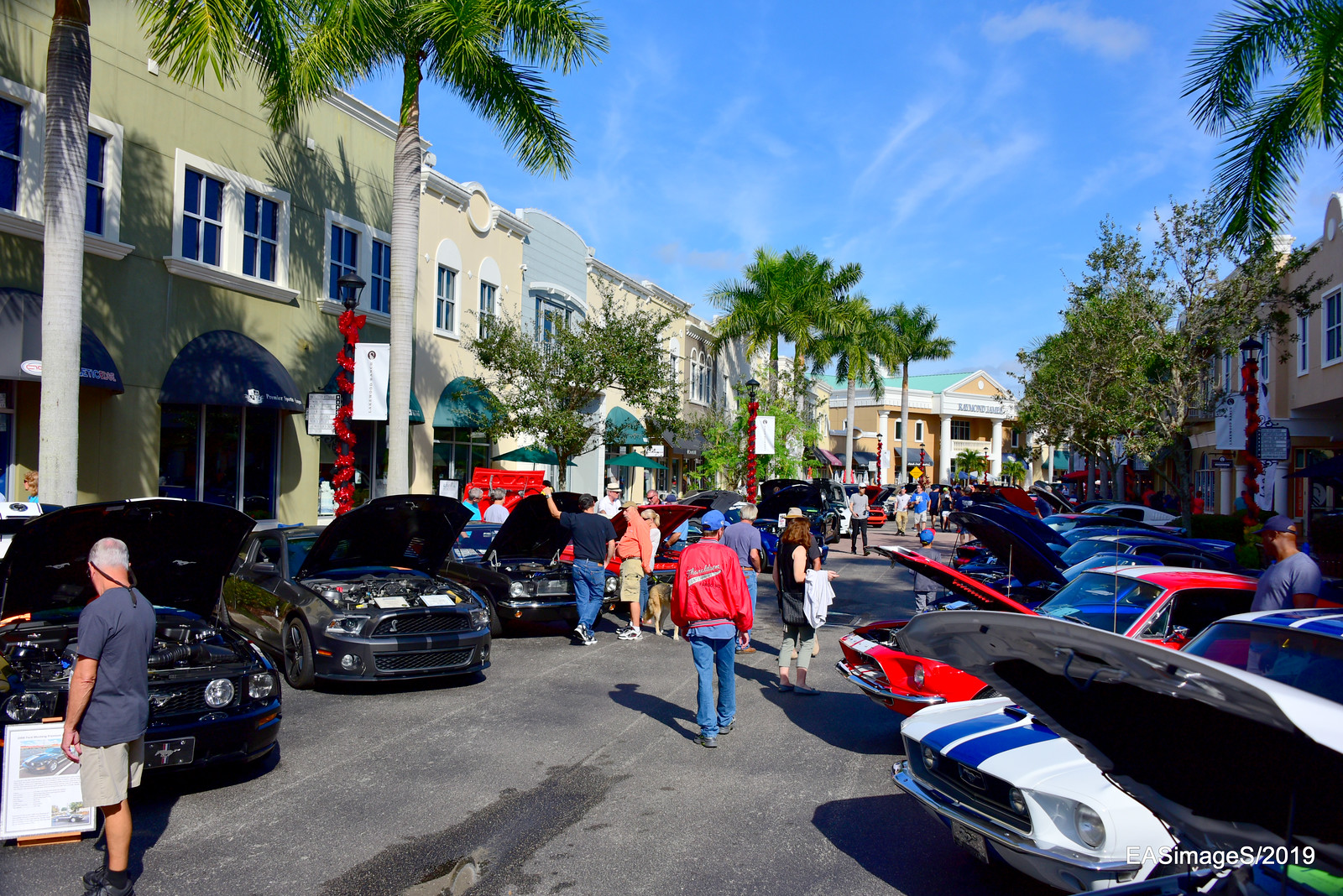 The Mustang Club of West Central Florida held its 28th annual “Ponies Under the Palms” Mustang and Ford Show at Lakewood Ranch (Bradenton) on Sunday November 24, 2019 attracting over 170 participants.

The field was mostly comprised of Mustangs ranging from the first generation 64 1/2s, Mustang IIs (you remember those, don’t you), Fox bodies, Bullitts, and current generation, a good number of Mercury models were on display and even a Lincoln or two.

Sam Keene displayed his 1985 original owner Fox body GT.  The car was bought at AtchinsonFord in Belleville, Michigan because Sam wanted the “fastest” car around.  The Bright Red exterior combined with the Canyon Red interior just added zoominess to the vehicle.  This Fox has 60,000 miles on it, has always been garaged, and stored during those snowy Michigan winters. 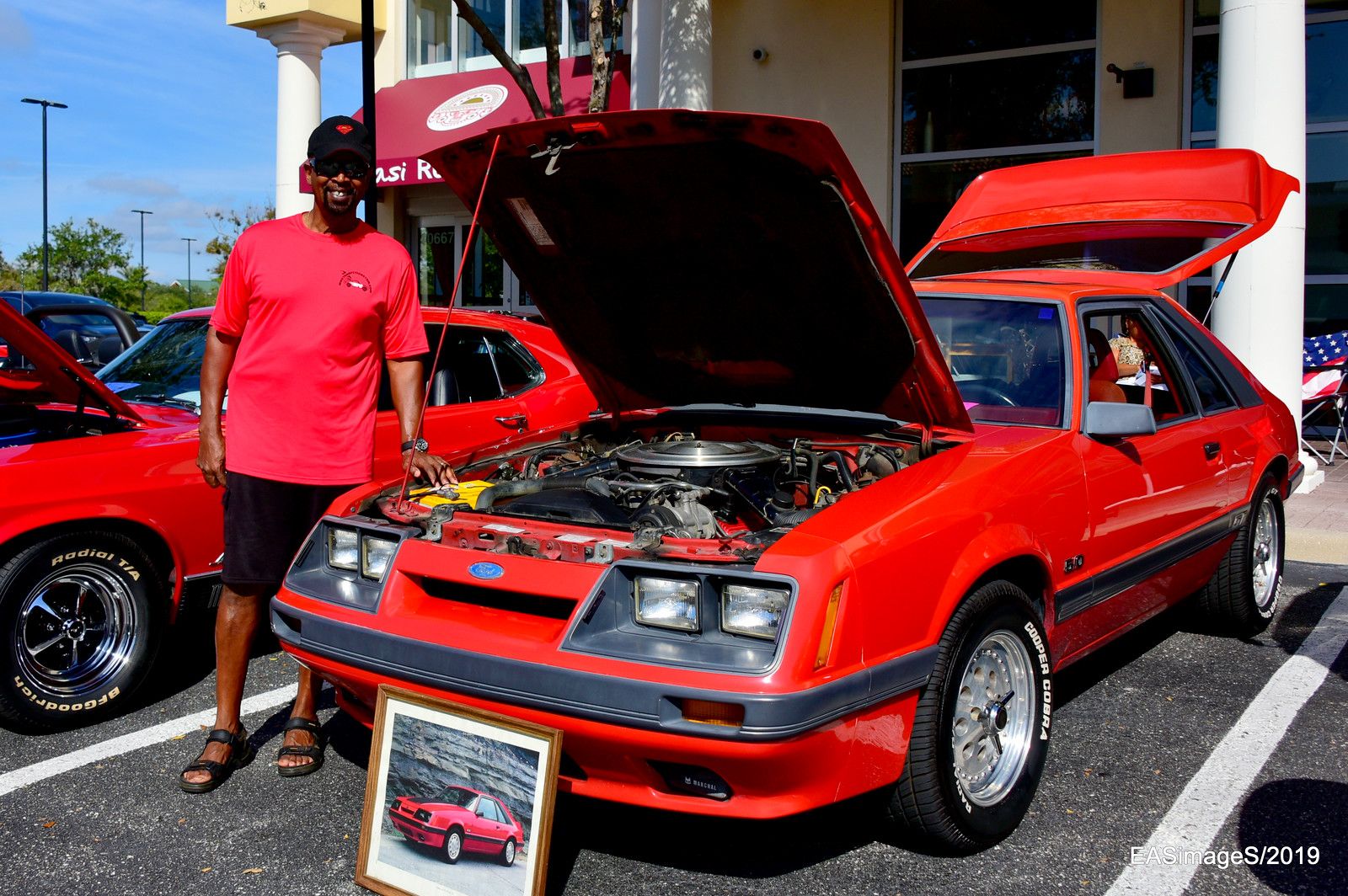 A 64 ½ “K” code convertible was on display courtesy of John Wishart who resides in Lakewood Ranch.  The car is absolutely stunning with its ivy green exterior, white interior,  and white top.  It radiates the attitude that “Henry may have originally made the car, but I made it better”.  John had ordered one of these back in 1964, but was forced to sell it because of being drafted shortly thereafter.  He found this one about twelve years ago at a dealer in St. Louis.  It is a 289 hi-performance 4 speed with all matching numbers.  It has been a three-time MCA Grand National award winner, and at this show, it was selected for the Founder’s Award. 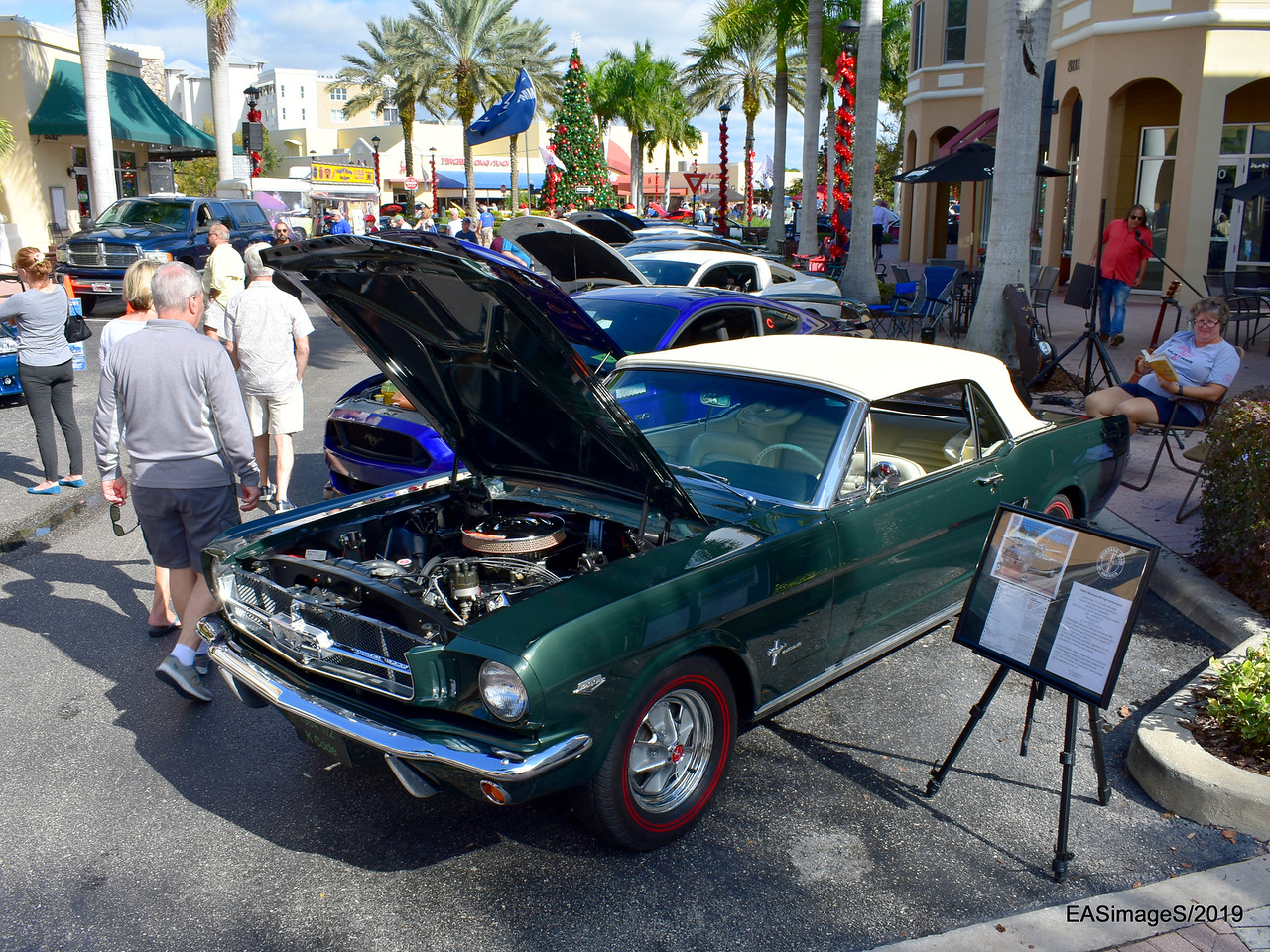 Also being shown was a 1967 original owned Shelby GT 350. This was one of 1,175 models produced and was delivered on April 18, 1967.  Besides still belonging to its first owner, the vehicle is also equipped with a Paxton supercharger, which adds over one hundred horsepower.  Using various fiberglass body parts, the weight has been trimmed down to 2,723 pounds.  This Mustang only has 14,000 miles on it mainly due to being stored during winters, and on blocks from 1986-1996. 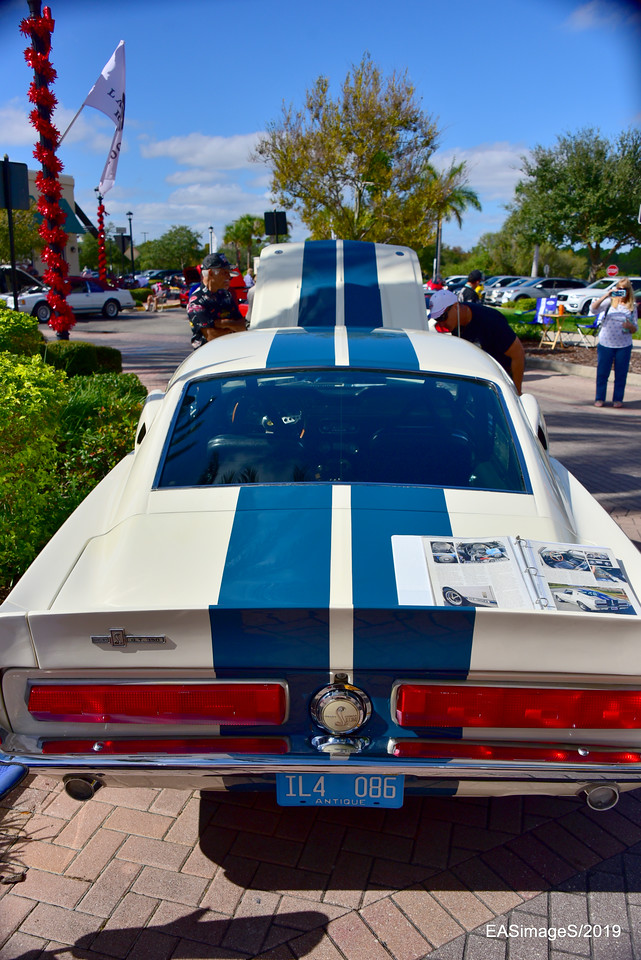 What a treat it is to see a Mustang II Cobra (1977) courtesy of Bonnie and Larry Sundberg from Bradenton.  Under the hood is the factory-installed 302 Cobra high performance,  The rest of this beauty is all original with the exception of the sunroof, exhaust, and radio.  They have had the car for two years, and have discovered parts for this model aren’t always available.  For example, the heater core had to be sent to Sydney, Australia for repair and turned into a four-month project. 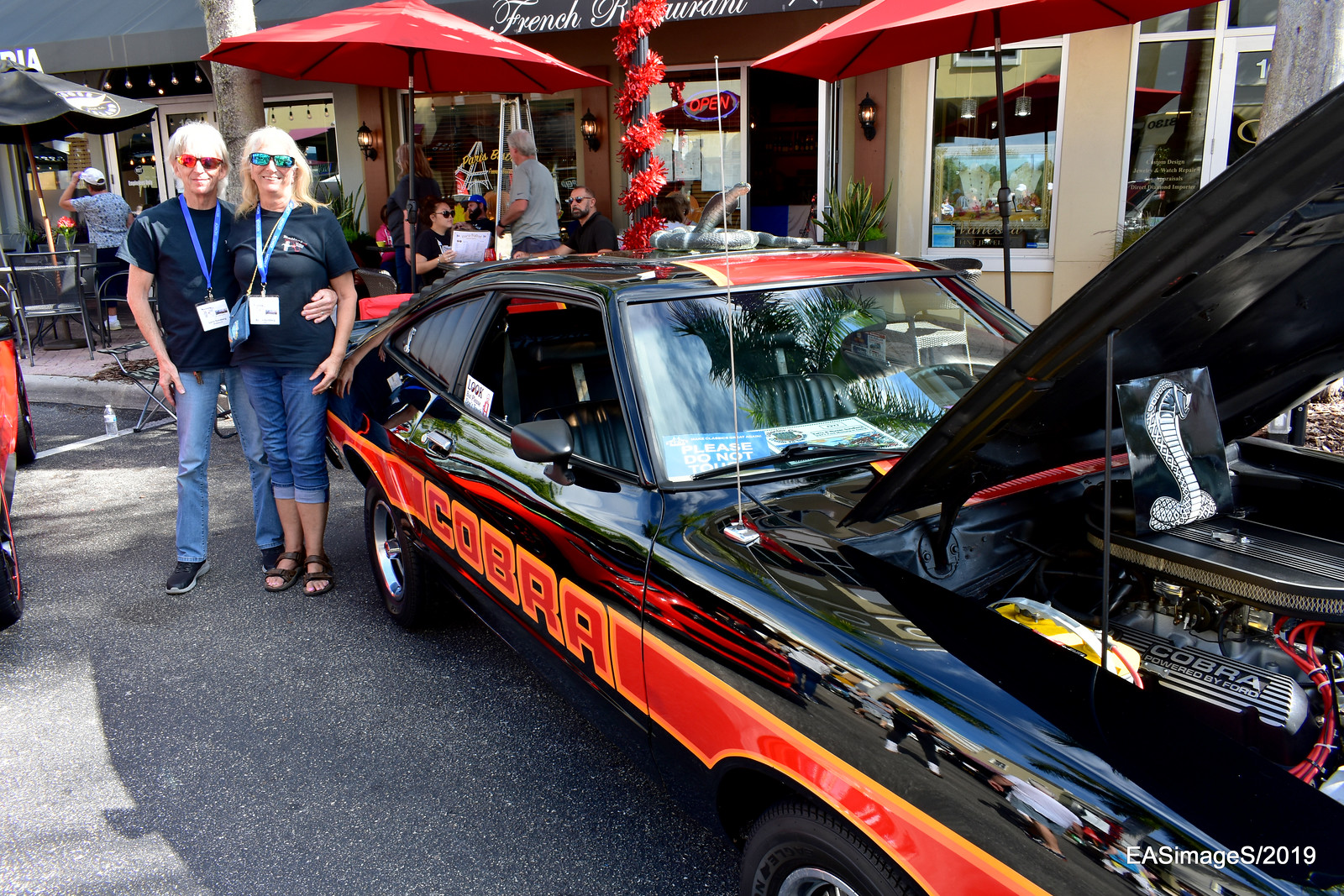 “Ponies Under the Palms” is the realization of what your mind conjectures when you see this phrase.  Add to this the local eateries located right alongside the displayed cars, fantastic autumn weather, and excellent organization = an A-1 show! 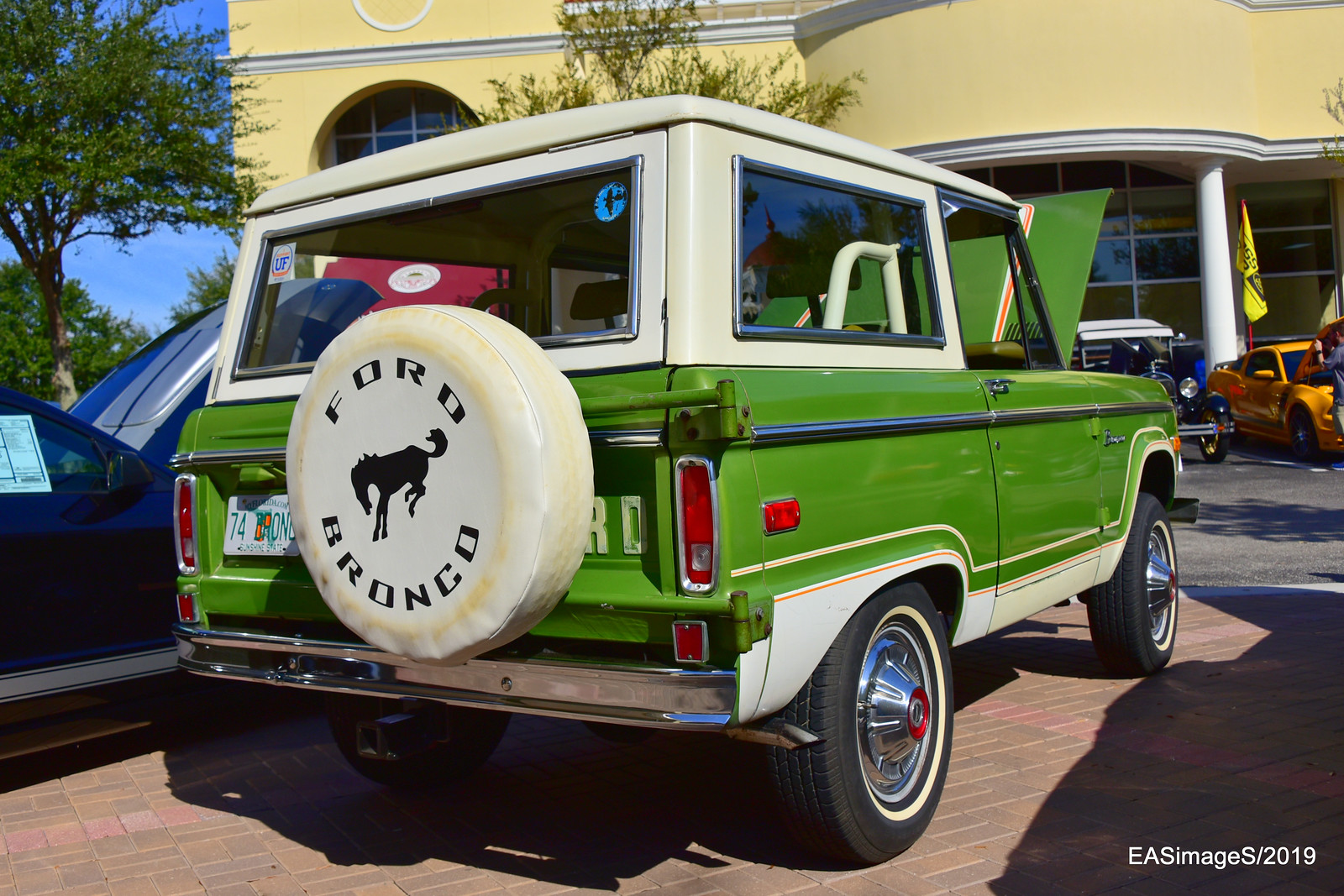 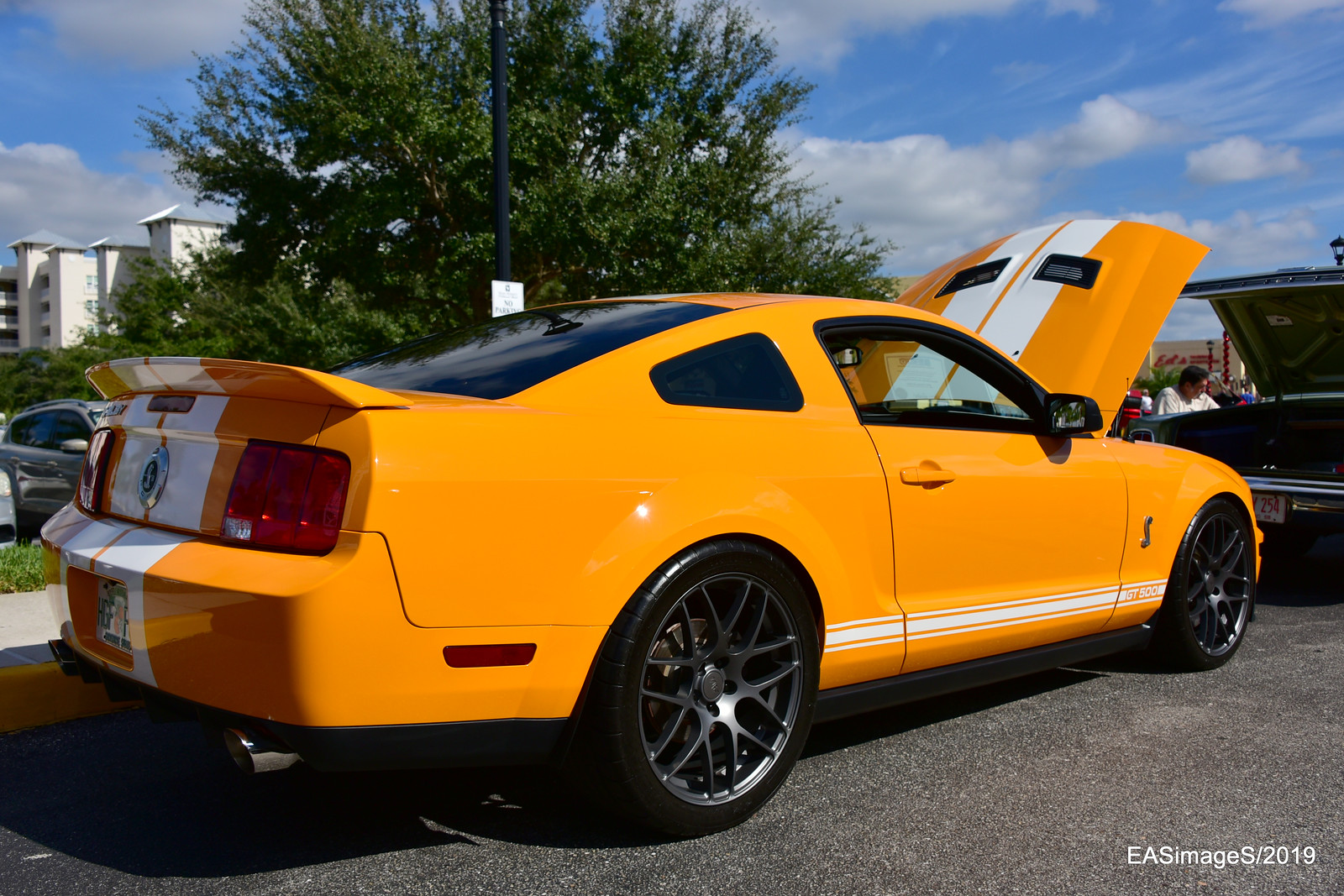 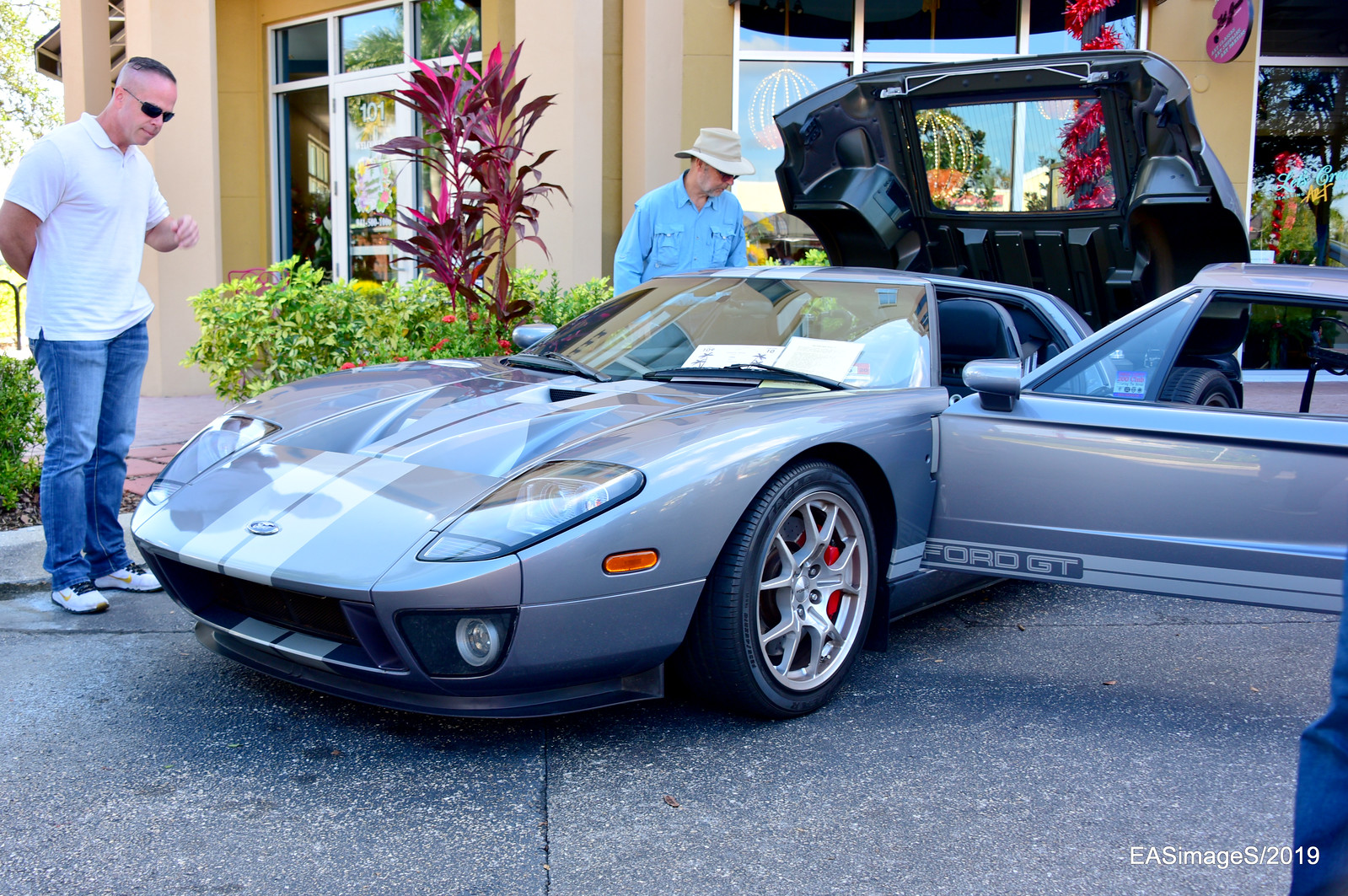 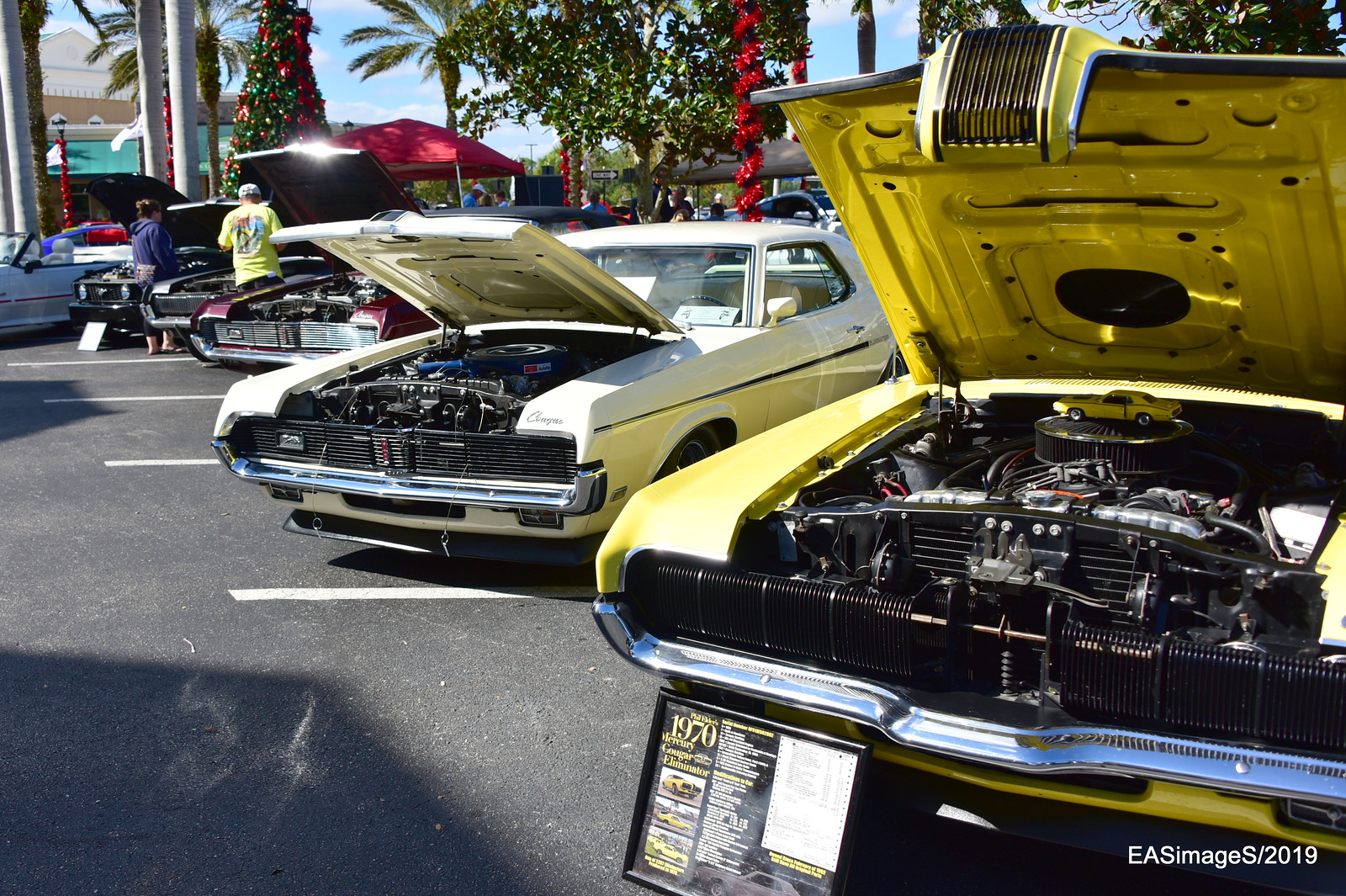 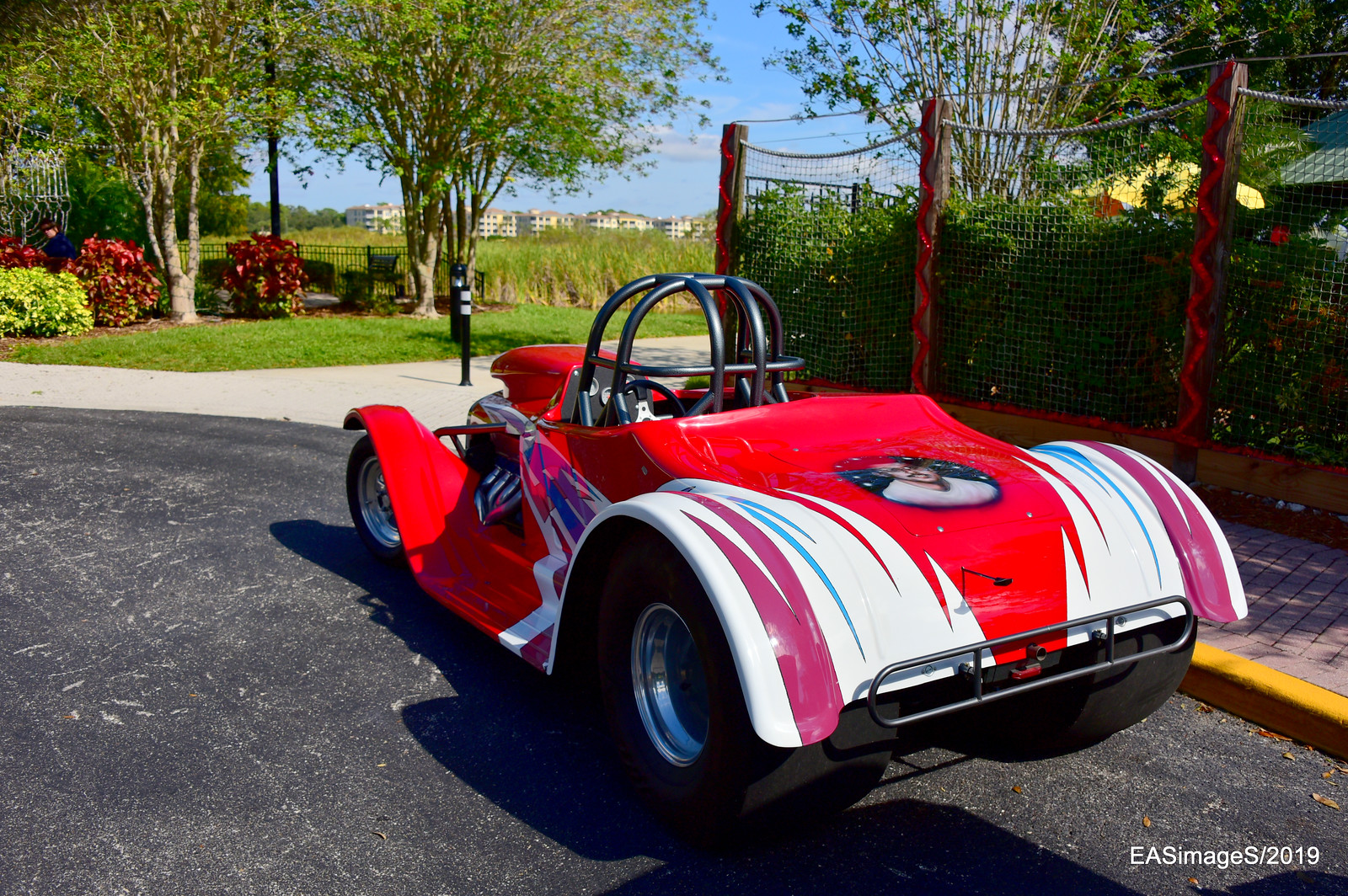