Contributed by Tara Bush and Pete Muller I never gave much thought to tint on a classic car but after traveling thousands of miles across the country on the Hot Rod Power Tour in June, my new aftermarket AC wasn't doing much good.  Between the window gaps, floorboard heat, and the sun radiating through the windows, I was a hot mess (and not in a good way).  I asked Pete Muller, from Tint World Orlando, what could be done and he suggested a clear tint that blocks out the UV heat rays but doesn't distract from the classic look.  I had it installed on all the windows including the windshield and boy, what a difference! Window tint is obviously not what it used to be so Pete brought me up to speed on the latest technologies and options during our Q&A session: For those original classics that don't want to change the glass color, tell me about the clear protective tint? Window tint that allows about 70% of light through, which appears almost completely clear, is very popular with exotic and collectible car owners, as well as clients that track their vehicles. It’s also very popular to put on windshields because that is typically the largest piece of glass on a vehicle and the biggest source of heat. With modern Carbon and Ceramic window tint, the shade doesn’t make a significant difference in the amount of heat rejection. You can choose clear (70%) or limo (5%) and get about the same amount of heat rejection, except one is completely blacked out while the other has no noticeable tint to it. Years ago when dyed films were the only option, you had to go dark to keep heat out… but today, the only reason to go dark is for privacy. There is no heat reduction benefit. How much heat & UV rays does it block out? All of our window films block out 99% of the sun’s dangerous UV rays. Those are responsible for causing faded interiors, cracked and sticky interior panels, as well as damage to people’s skin over time. With the 6 different types of tint available, the heat rejection gets as high as 71% total solar energy rejection and 98% infrared rejection. Tint can be confusing, much more than just darkness. How many different types of window...

Contributed by Ed Sindoni The Mustang Club of West Central Florida held its 28th annual “Ponies Under the Palms” Mustang and Ford Show at Lakewood Ranch (Bradenton) on Sunday November 24, 2019 attracting over 170 participants. The field was mostly comprised of Mustangs ranging from the first generation 64 1/2s, Mustang IIs (you remember those, don’t you), Fox bodies, Bullitts, and current generation, a good number of Mercury models were on display and even a Lincoln or two. Sam Keene displayed his 1985 original owner Fox body GT.  The car was bought at AtchinsonFord in Belleville, Michigan because Sam wanted the “fastest” car around.  The Bright Red exterior combined with the Canyon Red interior just added zoominess to the vehicle.  This Fox has 60,000 miles on it, has always been garaged, and stored during those snowy Michigan winters. A 64 ½ “K” code convertible was on display courtesy of John Wishart who resides in Lakewood Ranch.  The car is absolutely stunning with its ivy green exterior, white interior,  and white top.  It radiates the attitude that “Henry may have originally made the car, but I made it better”.  John had ordered one of these back in 1964, but was forced to sell it because of being drafted shortly thereafter.  He found this one about twelve years ago at a dealer in St. Louis.  It is a 289 hi-performance 4 speed with all matching numbers.  It has been a three-time MCA Grand National award winner, and at this show, it was selected for the Founder’s Award. Also being shown was a 1967 original owned Shelby GT 350. This was one of 1,175 models produced and was delivered on April 18, 1967.  Besides still belonging to its first owner, the vehicle is also equipped with a Paxton supercharger, which adds over one hundred horsepower.  Using various fiberglass body parts, the weight has been trimmed down to 2,723 pounds.  This Mustang only has 14,000 miles on it mainly due to being stored during winters, and on blocks from 1986-1996. What a treat it is to see a Mustang II Cobra (1977) courtesy of Bonnie and Larry Sundberg from Bradenton.  Under the hood is the factory-installed 302 Cobra high performance,  The rest of this beauty is all original with the exception of the sunroof, exhaust, and radio.  They have had the car for... 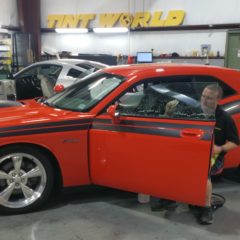 Contributed by Tara Bush and Pete Muller I never gave much thought to tint on a classic car but after traveling thousands of miles across the country on the Hot Rod Power Tour in June, my new aftermarket AC wasn't doing much good.  Between the window gaps, floorboard heat, and the sun radiating through the windows, I was a hot mess (and not in a good way).  I asked Pete Muller, from Tint World Orlando, what could be done and he...

Contributed by Ed Sindoni The Mustang Club of West Central Florida held its 28th annual “Ponies Under the Palms” Mustang and Ford Show at Lakewood Ranch (Bradenton) on Sunday November 24, 2019 attracting over 170 participants. The field was mostly comprised of Mustangs ranging from the first generation 64 1/2s, Mustang IIs (you remember those, don’t you), Fox bodies, Bullitts, and current generation, a good number of Mercury models... 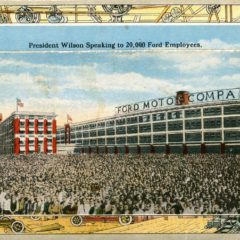 Below is an amazing array of postcards from 1917 with pictures and statistics of the Ford's Detroit plant, the world's largest automotive...

Contributed by Tom Toner The second annual Gasparilla d’Elegance will be held on April 17 through 19 at Tampa’s beautiful downtown Curtis Hixon Waterfront Park. Last year’s Concours was a resounding success in its first effort and was able to donate over $22,000.00 to Shriners Healthcare for Children-Florida. Patterned after Pebble Beach and Amelia Island, this Concours will offer a multi-day schedule of events with exquisite classic... 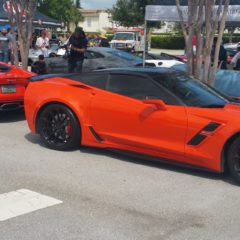 Contributed by Tara Bush It’s late September, just a hint of coolness to the air, and we decide to head south for the 6 annual Cars & Coffee Palm Beach with Steve’s new ZR1 Corvette.  Even though it is on the bottom of the exotic scale, for the money you can’t beat the performance.   Normally when I go out of town, I do my best to cram as much as possible into the time I’m away from home, therefore you can’t drive 3 hours and go to... 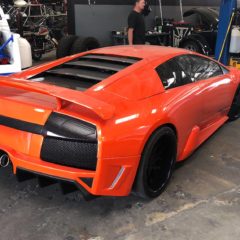 I Bought a Film-Famous Murcielago for $80K, and Then Things Got Weird

Written by Freddy “Tavarish” Hernandez and published by Haggerty Supercar ownership ain’t what it used to be. Pop open any social media app and you'll be thrust into a sea of barely-post-pubescent man-children braying about how getting their sparkly one-off Ferrari three weeks out of high school was a result of 49 percent “rising”, 49 percent “grinding”, and… two percent having a semi-absent dad who served as lead counsel for... 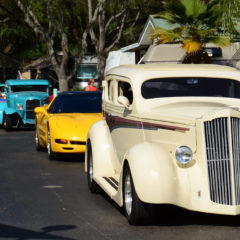 Contributed by Ed Sindoni Located in Pasco County near Wesley Chapel, Quail Run presents an annual “car” show to raise funds for their designated charities.  It also entertains the many day visitors who enter the property on Old Pasco Road, as well as the residents parked in one of the 292 available RV sites.  One of the very best parts of this venue is the availability of at least some shade as old oaks tower over many of the... 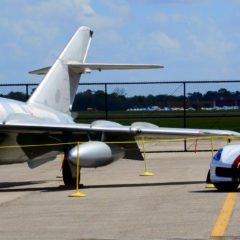 Contributed by Ed Sindoni Talk about an event with something for everyone, this is it.  Five people can go to this, split up once you get there, and focusing on your interest, never see one another until you’re ready to leave.  Let’s take a quick look at what was offered.  Airplane rides were offered in a Stearman bi-plane and for some extra $, some aerobatic thrills could be added. The Corvette Fun Field was packed with both newer... 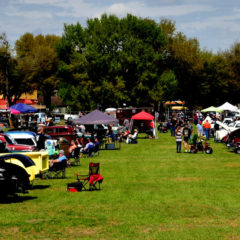 Contributed by Ed Sindoni For those who don’t know what a Billetproof Show is, let me paraphrase, “It is meant for those who build their own traditional style rods and customs on a limited budget.  NO billet-clad, digital gauge, pastel graphic, named after a fifties song trailer queens.”  You may be thinking “rat-rods”, but then you’d be surprised. To add to the festive atmosphere, was a Tallahassee band, The Intoxicators, who were... 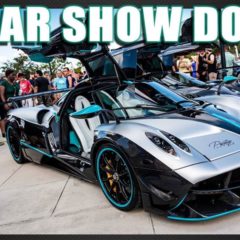 Written by Tara Bush and video contributed by Casey J Porter of Combustion Chamber This video should be mandatory viewing material for all new car show attendees.  We all love spectators and we all love showing off our cars and trucks, but from time to time, we all experience that one person sitting in our car or the sticky fingers running along the top of the fender, or better yet, the sexy wantabe model laying across the hood.  I... 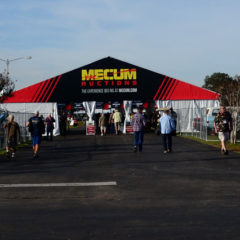 Contributed by Ed Sindoni The “local” Mecum Auction is usually held the first two weeks of January (I attended on Tuesday, the eighth).  Gates open at 8AM, spectator admission at the gate is $30 (on line prior to show it’s $20 + fees), and parking is $10 cash.  Already you’re thinking that this is similar to another Orlando area theme park (let’s not even begin to discuss food and drink prices), but it truly is the absolute best car... 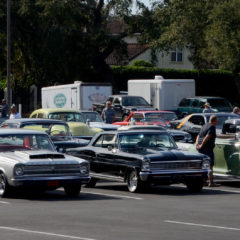 The Villages Monthly Cruise In

Contributed by Ed Sindoni Working at traffic control on Saturday January 19, you had to know things were going to be difficult.  Located in the town square from morning until early afternoon was a festival, which had to to cleared before the classic vehicles would be allowed to being parked in the same area at 2:30.  Let’s add to the mix absolutely perfect weather, and about 400 anxious drivers waiting to fill those festival spaces. ... 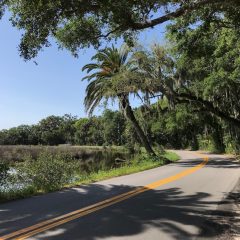 Contributed by Tom Quinn, Mercedes-Benz Club of America Central Florida Is it possible, that when you live somewhere long enough, you start to lose sight of what’s in your own backyard? Have you ever heard someone say “There’s just nothing to do here!” indicating the need to hop a plane to somewhere, anywhere, more interesting?. That’s exactly what I heard the other day in line to checkout and I couldn’t help but think about the... 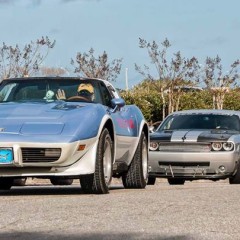 Contributed by Steve Klein  –  Photos by Russ Muller Photography   When people think of Florida, sunshine, palm trees, beaches, amusement parks and drinks with umbrellas often come to mind. However, Florida, and Central Florida in particular, offers much more for car enthusiasts of every sort and is home to thousands of amazing cars and a very strong and active car community. There are multiple shows, races, and other show...