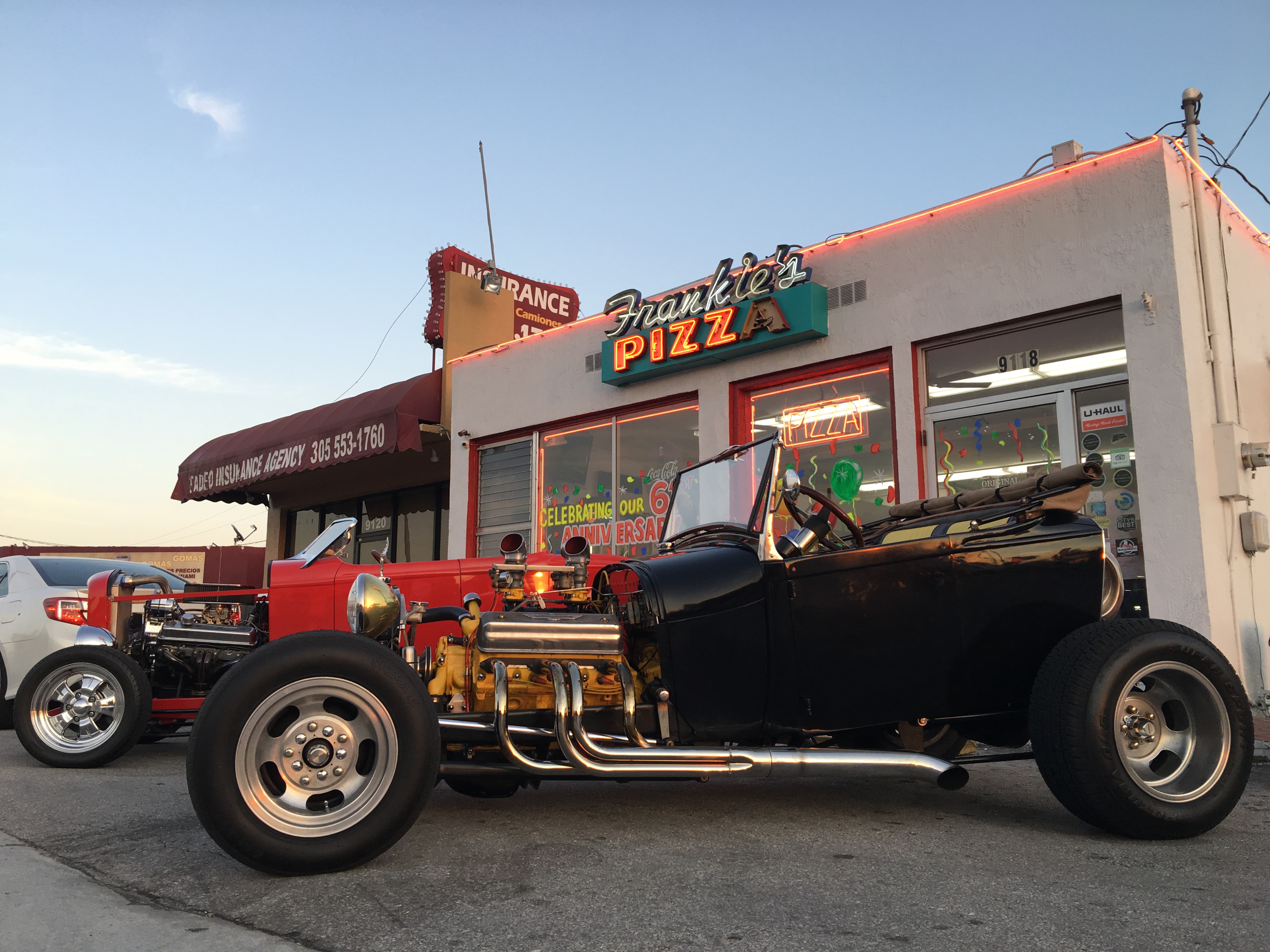 Deja Vu was originally my high school hotrod from 1959. From 1957 through 1959, 1 found parts and designed it into a running hotrod. In the late 1950’s, things were made and not bought in most cases. In the early 60s, stuff was not made yet or too high dollar for me. 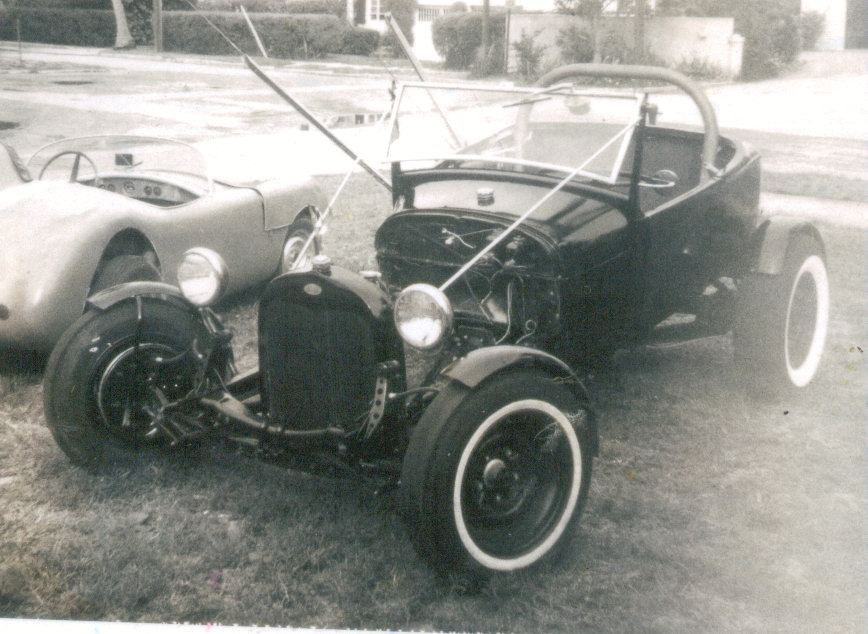 As a teenager, I incorporated many unique features into this car. In some ways, the parts I was able to find shaped the build. This is most apparent in the back of the roadster body where there had been a trunk that was crushed completely. As a kid, that damage was so great, that I cut off the trunk and used the good part of the roadster body. Finding a 1957 Ford Thunderbird V8 Y-292 was a huge deal for me. (Many thanks to Mr. Steve Reep Sr. for giving me the motor from 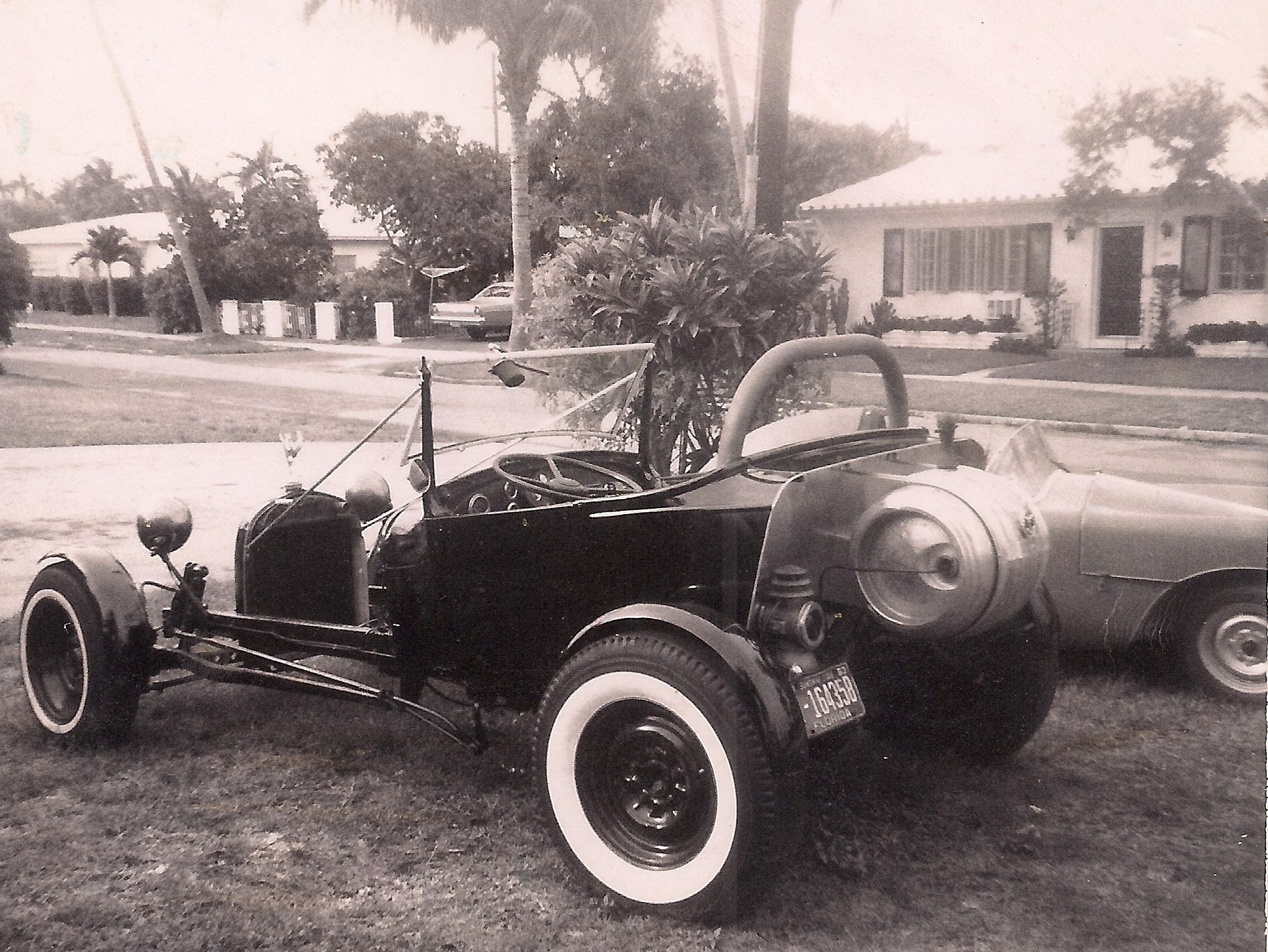 his badly wrecked car back then).  I started with the stock dual four carbs, but later made a 4×2 custom intake by cutting up a drive shaft.  It is visible as the log of the intake. The 4 two-barrel carbs are fed by a fuel log made from a stainless box tube, and the linkage is made from odds and ends.

As a teenager, there was no budget for chroming stuff, but it was nice to have the look of chrome by polishing parts. If it could be made to look sexy by polishing, I did so. Most of the nuts and bolts on Deja Vu are stainless steel that I smoothed and shined; plus, any other metal that would shine got that treatment.  The steering column was in bad condition, so I designed one from the shiny alum tube of a big junk umbrella, along with a shiny stainless-steel drinking cup as the top trim. 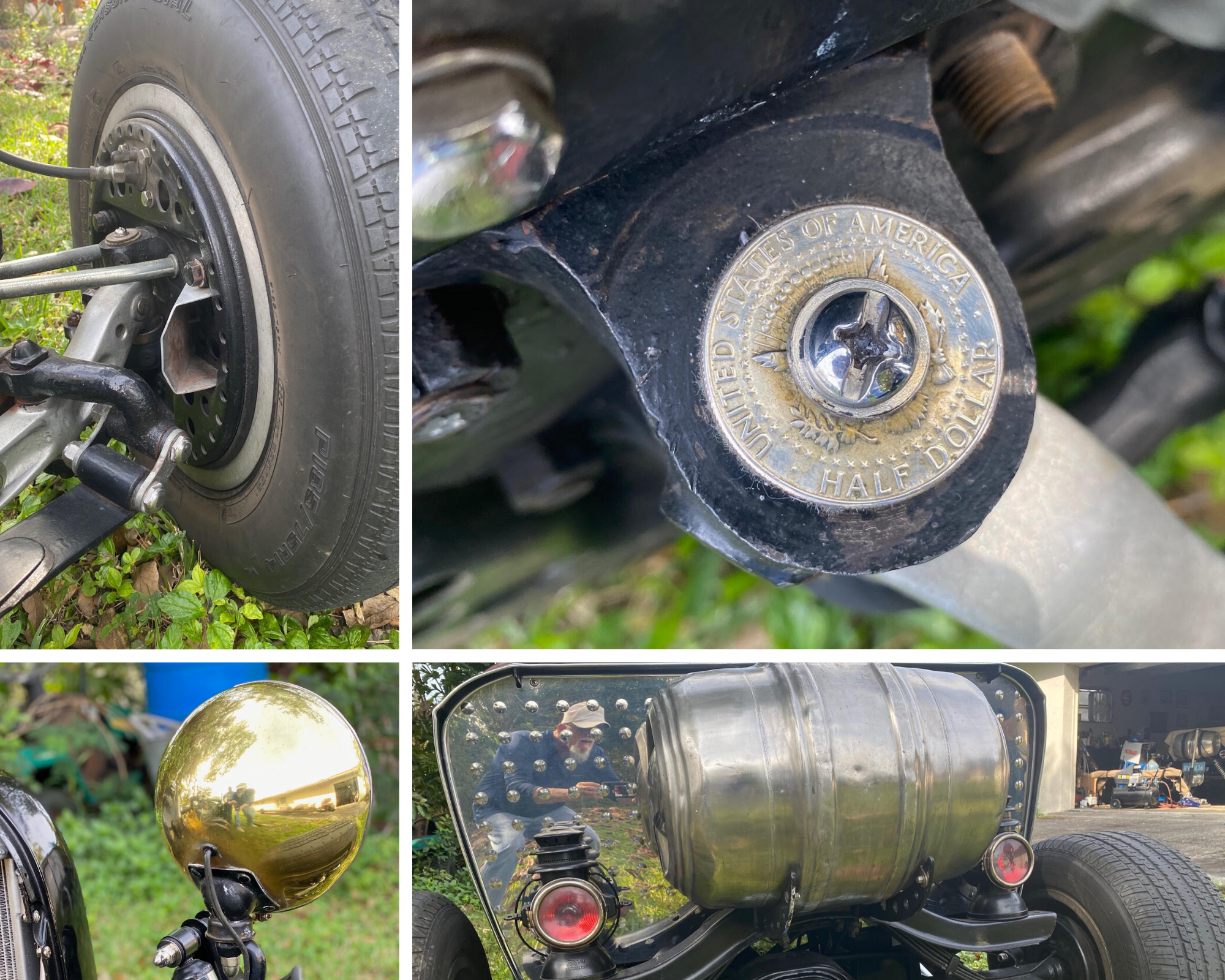 I knew I wanted hydraulic brakes and a big V8, so I found a junked 1948 Ford in the woods and dragged it home.  The 3” stock axles had a very different look than other rods around town.  Starting in the front and moving backward, take notice of; 1948 drum brake cooling air scoops, homemade from an old stop sign. The top of the axle kingpins shines by way of two 50-cent 1960 coins. The “U” clamps are polished steel and clear-coated to hold the 1948 spring and frontend. The shock lowers are a 1948 Ford drilled and reversed. 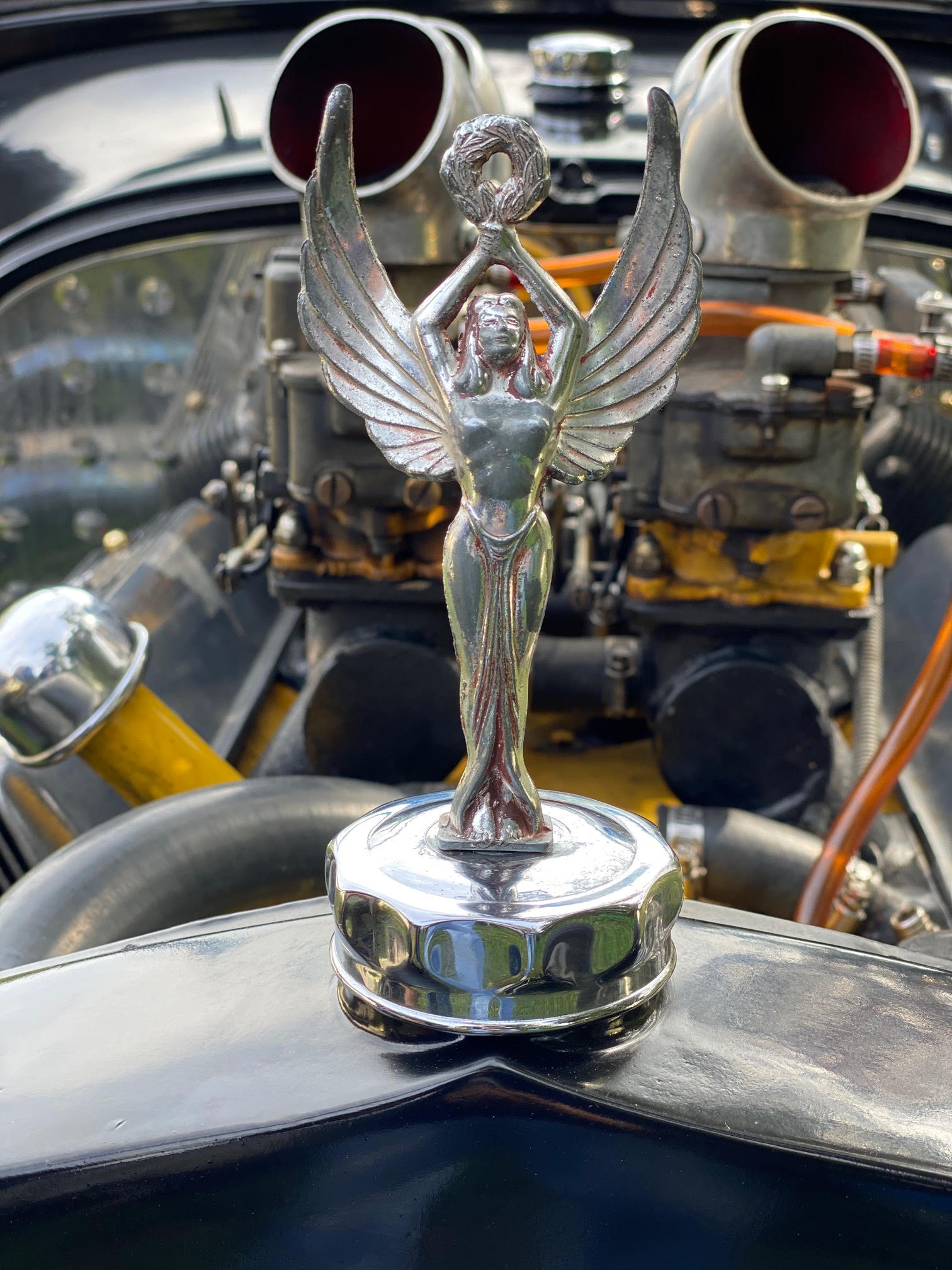 The brass headlights, manufactured for only one year in 1941, are mounted on custom stands using part of a 1928 fender brace. When I got them in '59 they were just painted. Later finding out they were brass under the paint, I polished them; never knowing they were rare till many years later. The lights arc mounted on stands custom-made from old '28 fender braces.  The 1928 Ford grill shell is topped off by a Winged-Lady from my first trophy win for this hotrod at Dinner Key Custom Car Show in 1959.

Just behind the grille shell is a lunchbox Thermos used as my overflow. The EX headers were off a small block Chevy given to me by a good friend. I cut and machined them to fit. The starter and oil filter have homemade polished aluminum covers along with other handmade parts. The firewall and rear panel with the art deco, industrial rivet design, were saved from a trash pile when an old building at Miami Intl Airport was being destroyed. The dash is handmade wood crafted to look like a Ford part and match the other wood parts. 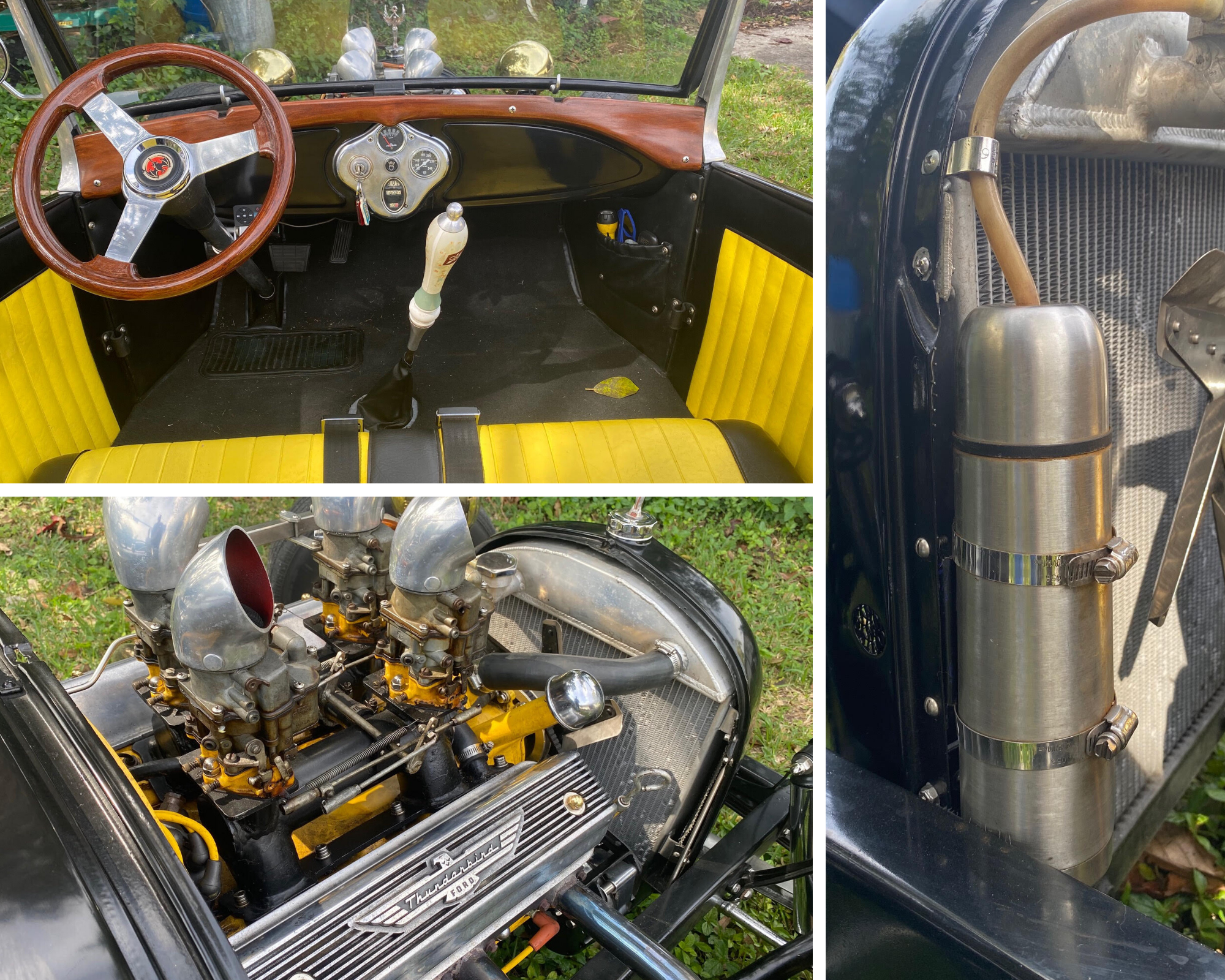 The upholstery was done by me as well, and storage for safety gear is behind the seatback. The Firestone 15 gallon beer keg gas tank was retrieved from a burned down nightclub in 1960. It was a notorious place for many years, first built by Al Capone as a cat house and speakeasy; lastly owned by Mick Lansky. The 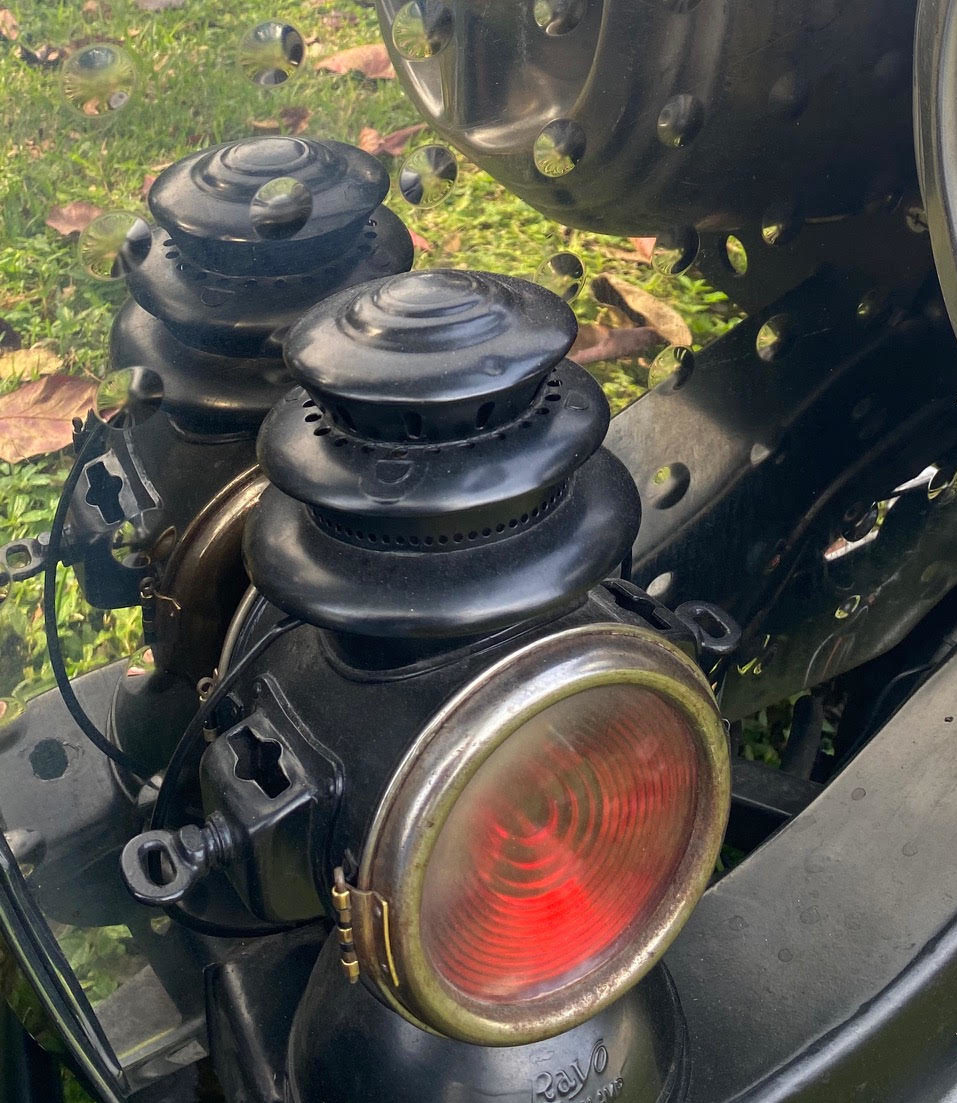 kerosene taillights (currently 12 volts) are from a 1910 Rayo in my Granddad's barn.  I always thought were very cool; fitted with red taillight on one side and clear headlight on the other.

Even though I've had this hot rod for over 55 years now, the updates I've completed are mostly upkeep and repairs. I liked what I had done the first tune, so other than new tires, alternator, and some chrome headers, it basically looks like it did when I first built it.  Last year, as something new, I added a folding top that I had always wanted as a kid. 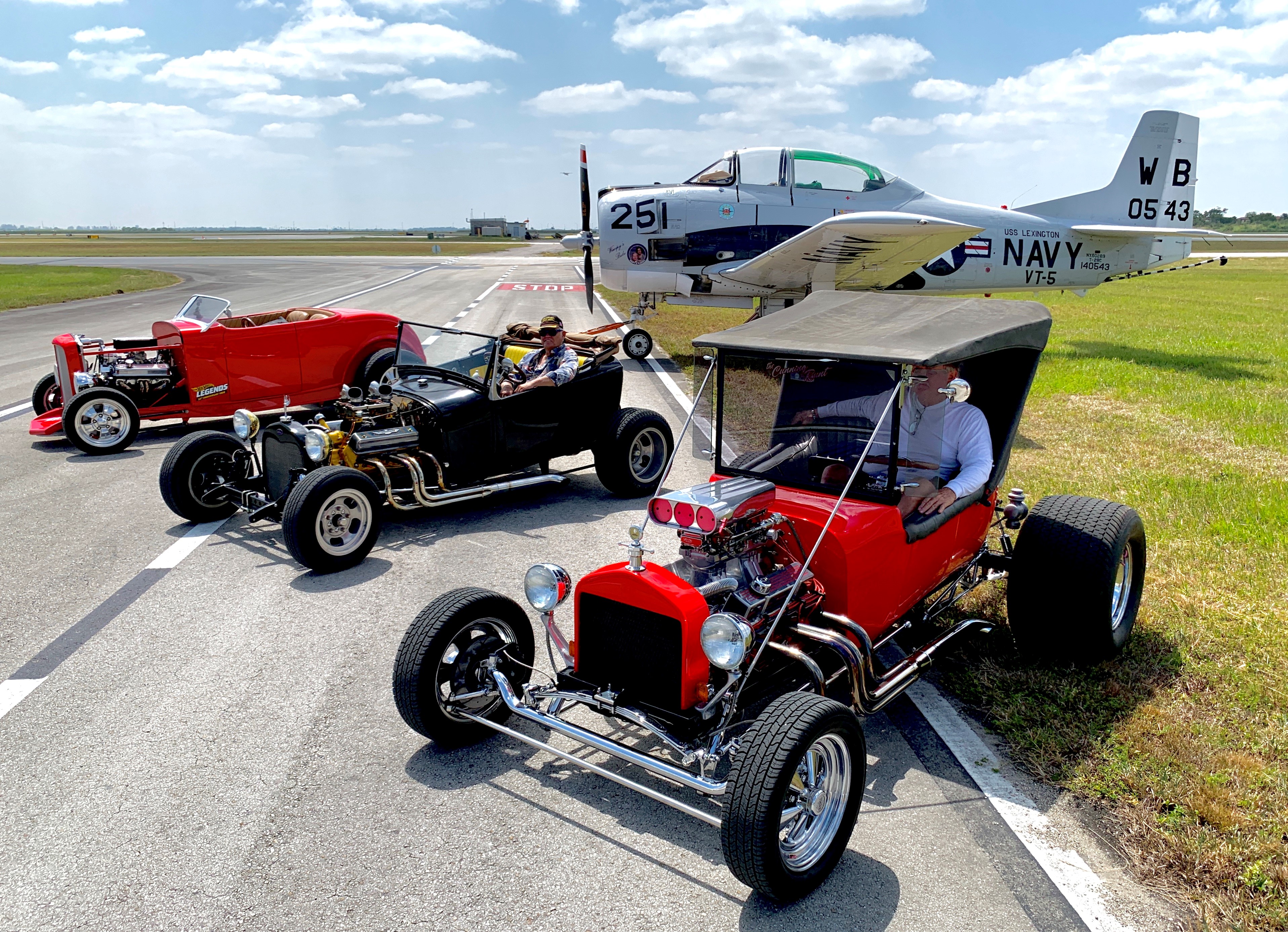 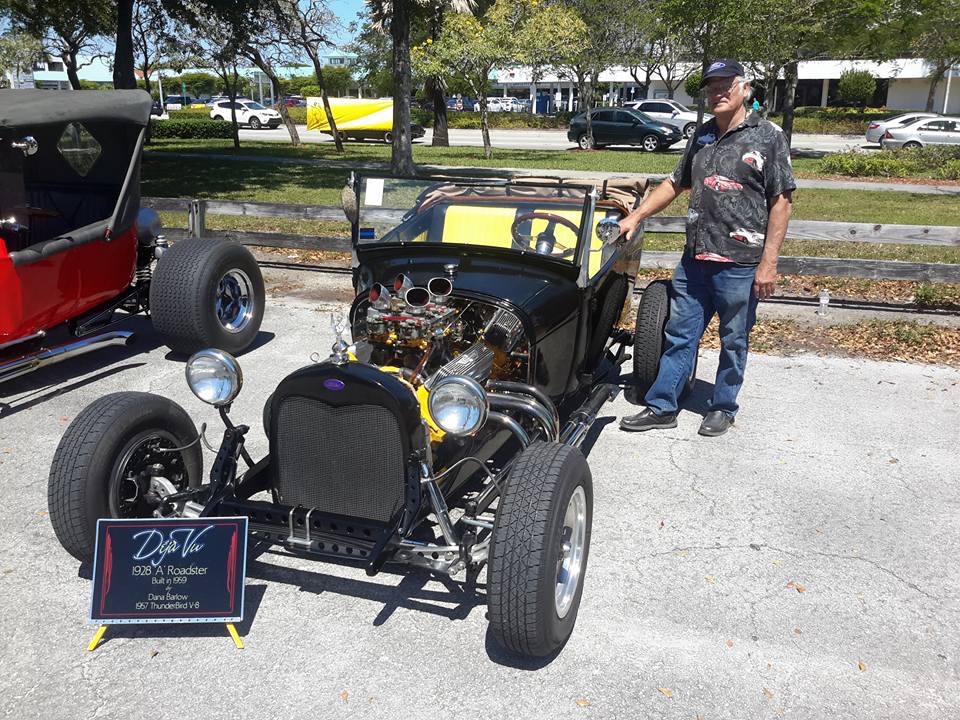 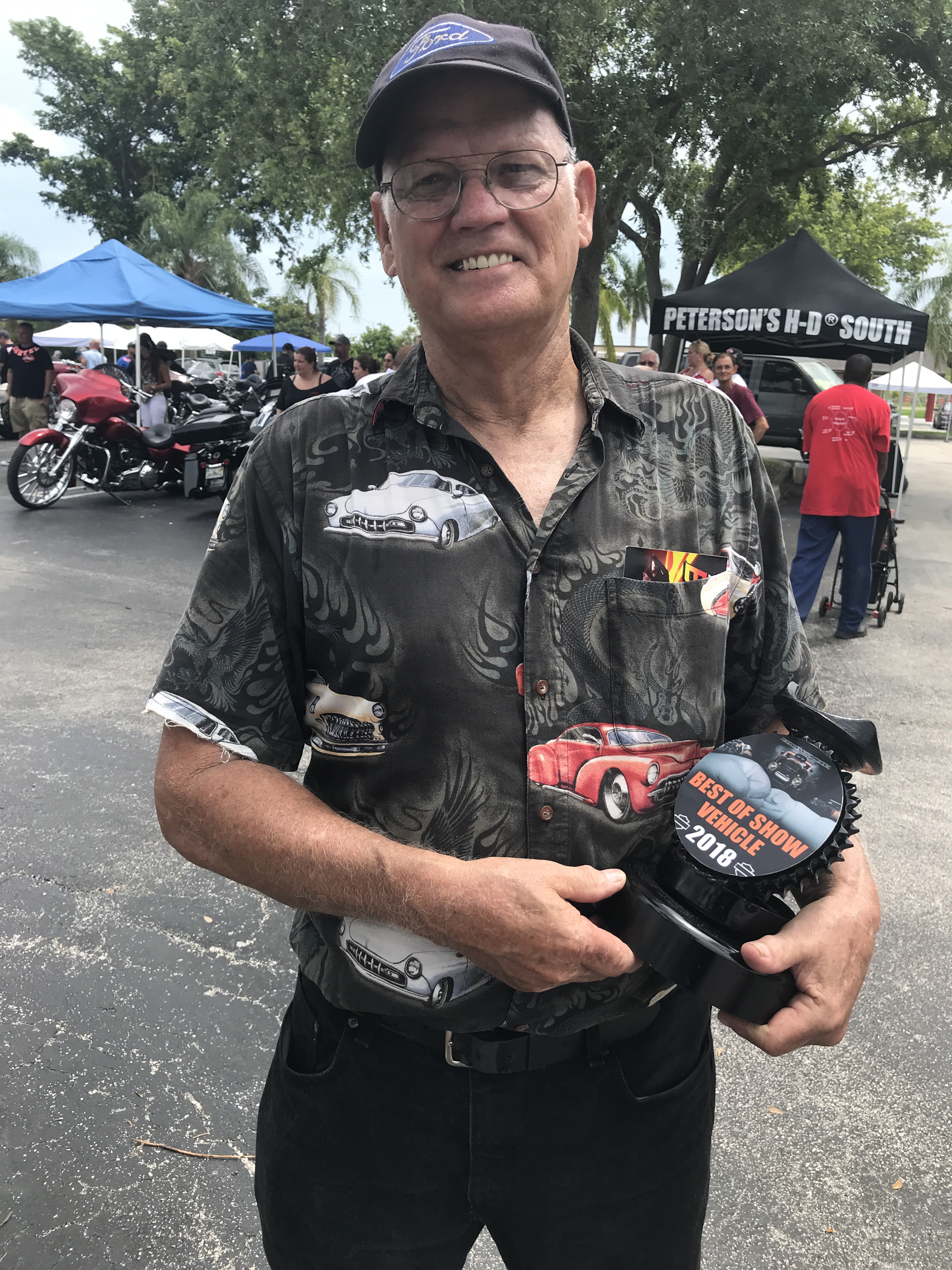 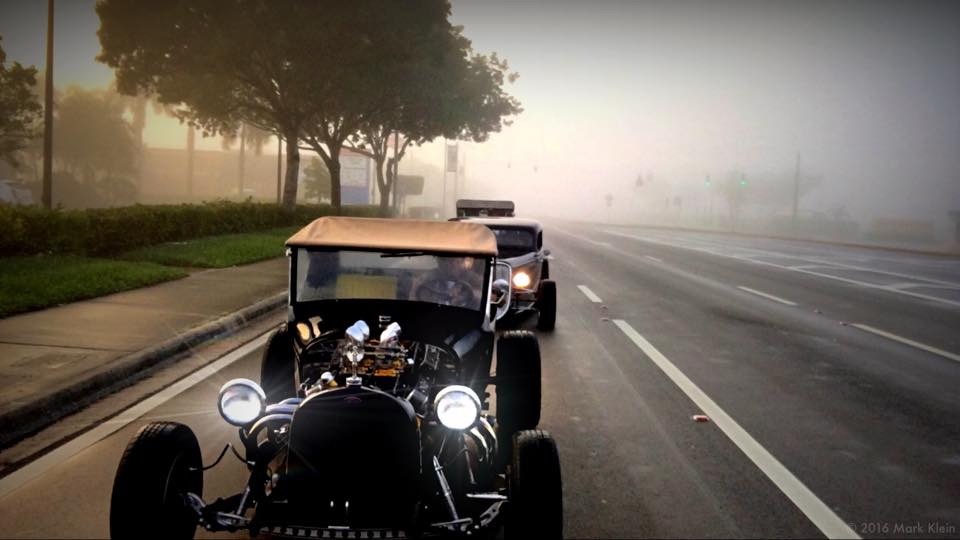