Nashty 51 – Is the Coolest Tub 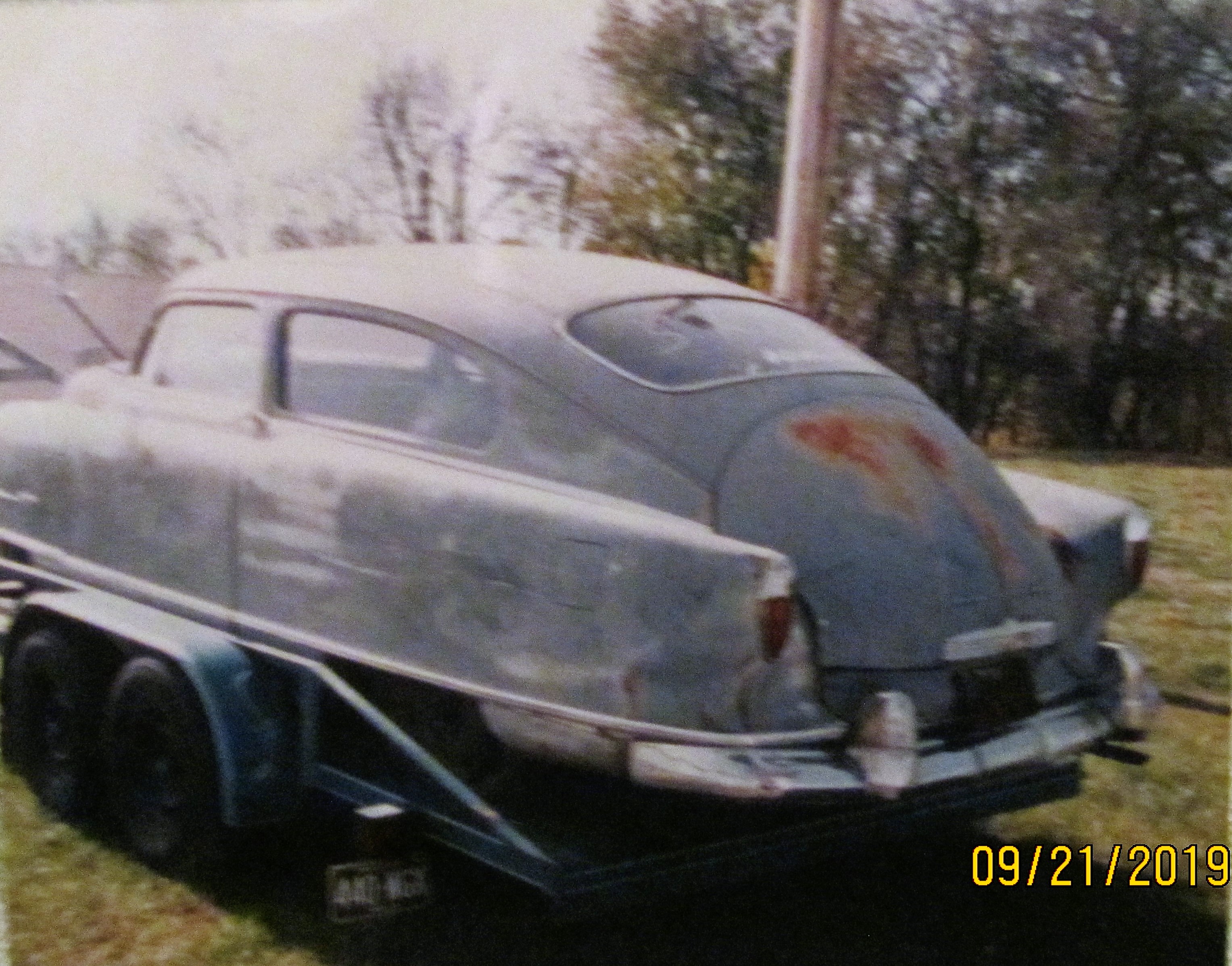 Commonly known as the “Upside-Down Bathtub”; this modified tub was found in 1995 sitting in a small town lot in Missouri known as Halltown. Carl Casey, Jr and this son Carl Casey, III, were driving along I-44 and spotted an ugly gray whale-like car with a rusted body and seats that were ripped to the springs. Somehow, however, Carl looked at his son and said “that's the one I want,” even unknowing the car's make or model. He had plans for the ugly old girl. He 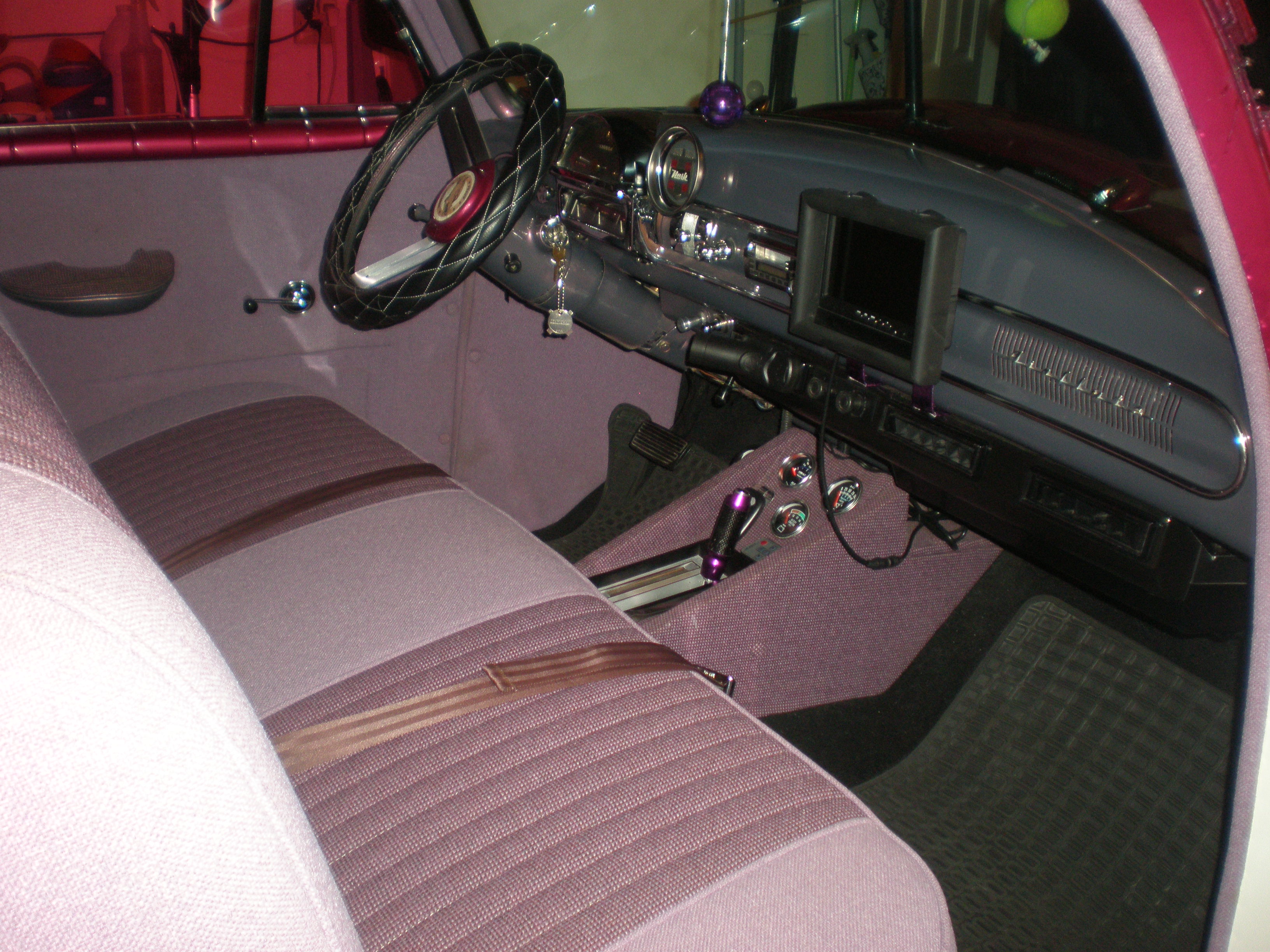 knew that with his son being a body and paint man and himself being handy with electrical and mechanics, Carl believing in the saying of “It's not what you buy, it's what you build”; they could transform this into a real beauty. Thus, the project began.

In 8 month's time, they cut, welded and bolted the car onto an S-10 truck frame. All dents and flaws were repaired. Door handles were shaved off, electronic doors, trunk and antenna system installed. All exterior trim was removed and the mounting holes were filled. All the glass was replaced added tinting gave the car someway of a “mysterious” look. The headlights and antenna were frenched as were tail lights with '58 Chevy lenses mounted on a vertical '58 Chevy 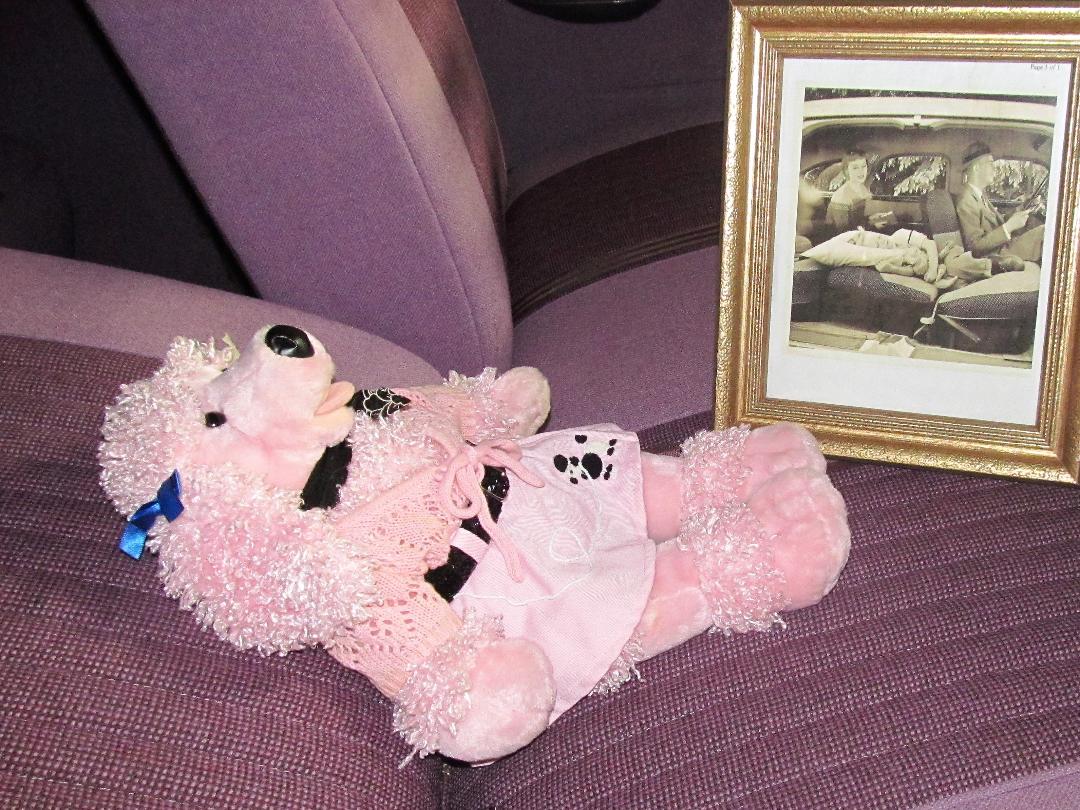 bezels into the seamless quarters. The gas fill door was removed & the gas tank was relocated into the trunk. This giving the car a smoother aerodynamic look.

The car sports a totally rebuilt 350 engine with a 375 cam, turbo 350 Trans supplying power to a 1979 Camano differential, the wheels display Cruiser wire T-80 spoke with spinners. The interior has an eye-catching color scheme of Sherpa Violet with contrasting Mulberry with the dash blending into a shade of Rose Mist. The front seats fold down into a bed that advertised the car as the most traveling family car of the 1950′;s and a car that most Dads' wouldn't want their daughters going on a date in! The door panels have the name “NASH” etched into the material. Other amenities added throughout the years include a Custom 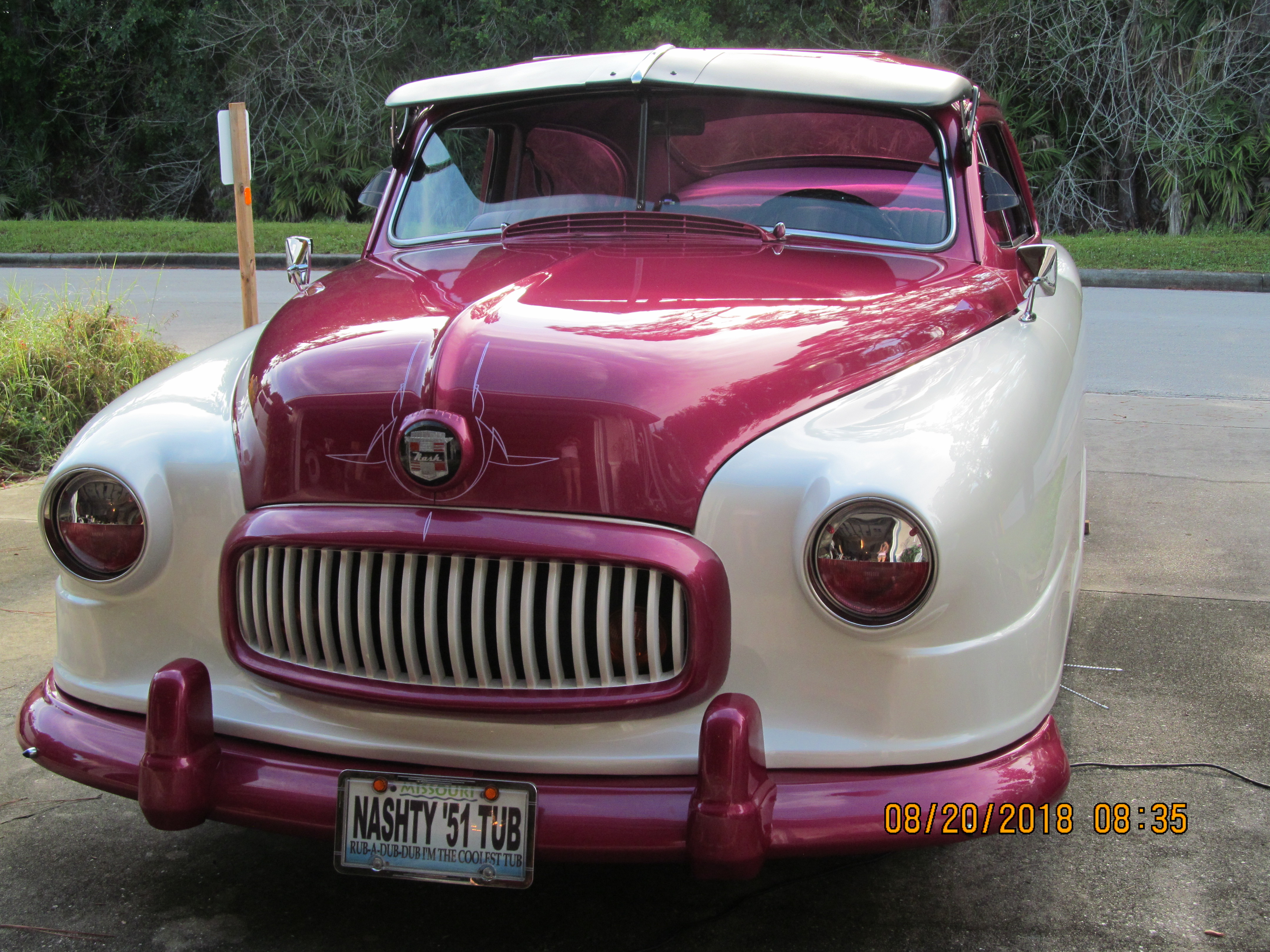 In 2003 the car had another facelift with a 2 tone paint job of Raspberry on the top half & White Diamond Pearl (A Cadillac color) on the bottom half. It also has
an electric sunroof, with additional lighting added. The car also displays a front end vanity plate which states! 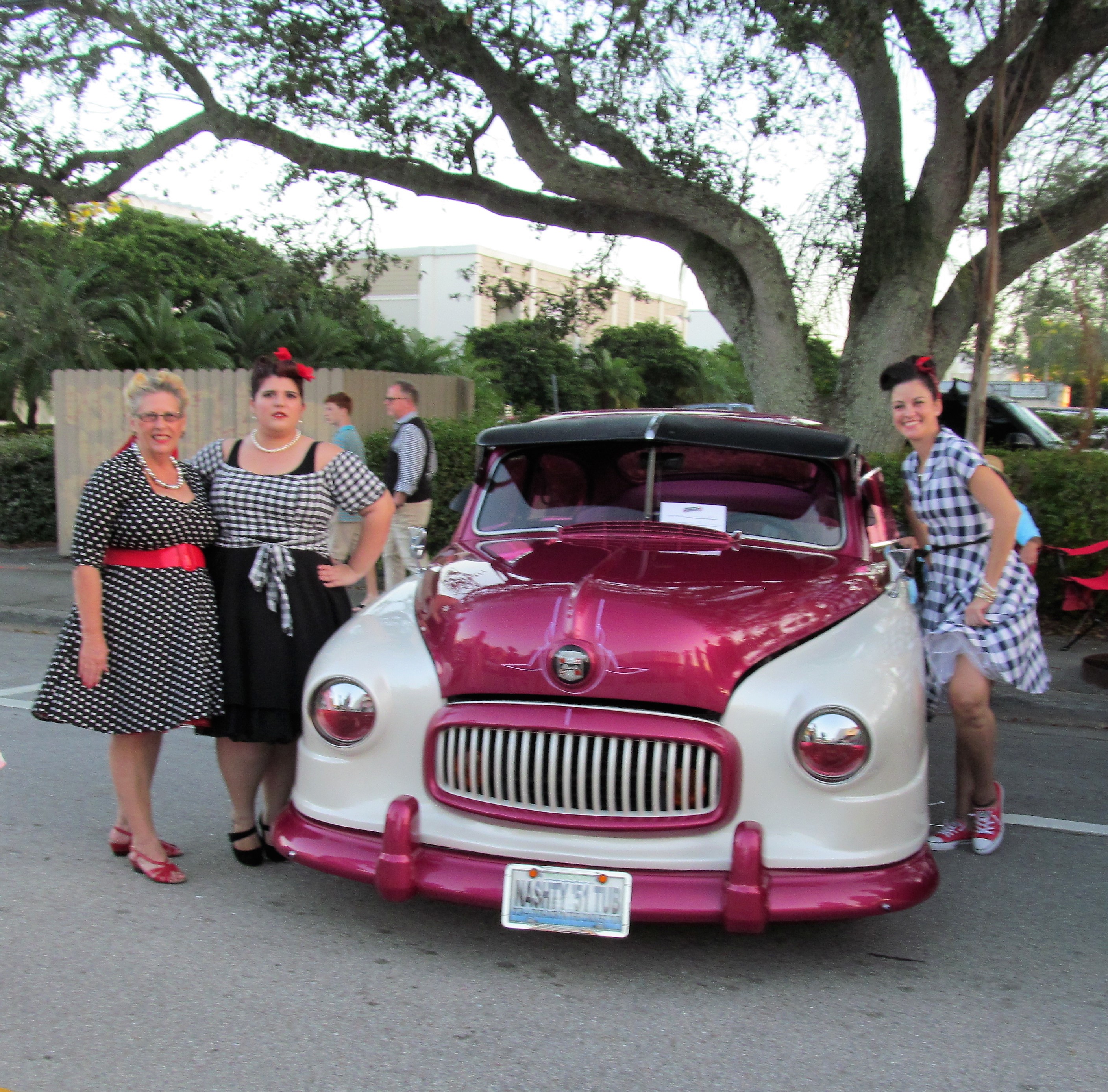