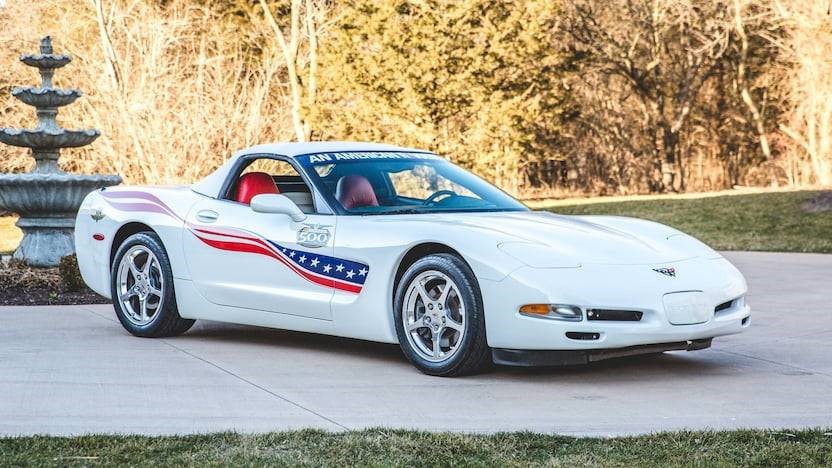 That event is held over Memorial Day weekend in May at “The Brickyard”, is billed as “The Greatest Spectacle in Racing.” The event is steeped in tradition, in pre- 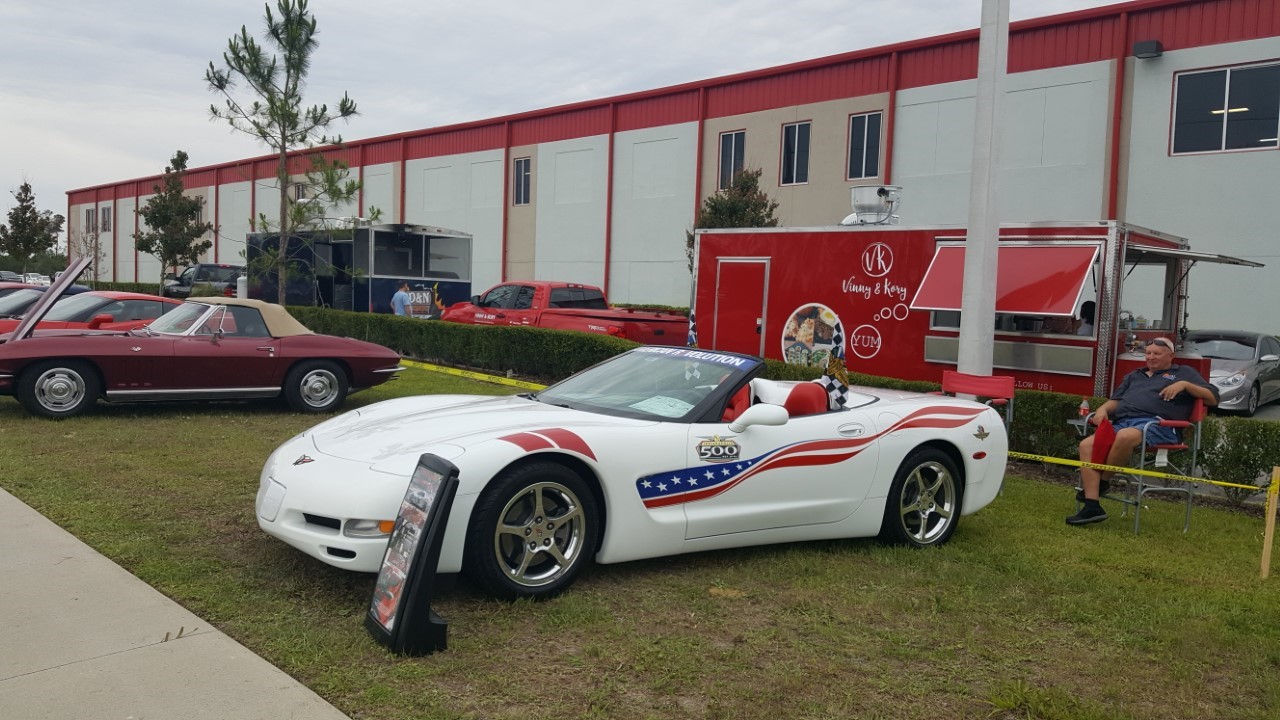 race ceremonies, post-race celebrations, and race procedure. The most noteworthy and most popular traditions are the 33-car field, the annual singing of “Back Home Again in Indiana,” and the victory lane bottle of milk and kissing the Indy 500 Borg Warner Trophy.

One of the traditions has been that a “Pace Car” leads the field at the start of the race. Prior to the first “500” in 1911, in the interest of safety, Indianapolis Motor Speedway founder Carl G. Fisher is commonly credited with the concept of a “rolling start” led by a pace car.

The Indianapolis 500 auto race has used a pace car every year since 1911. The pace car is utilized for two primary purposes. At the start of the race, the pace car leads the assembled starting grid around the track for a predetermined number of unscored warm-up laps. Then if the officials deem appropriate, it releases the field at a purposeful speed to start the race. In addition, during yellow flag caution periods, the pace car enters the track and picks up the leader, bunching the field up at a reduced speed. 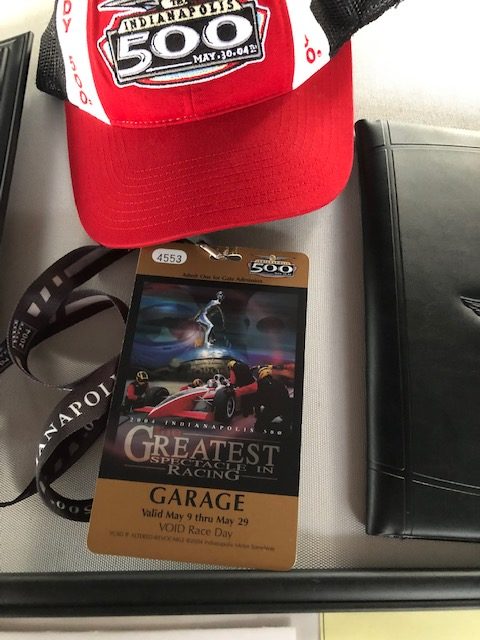 Historically, the honor of supplying the pace car was, and continues to be, a coveted honor by the respective automobile manufactures and a marketing showcase for the particular make and model. In addition, the track typically is provided with Pace Car production replicas for use as festival cars throughout the month.

The Corvette has paced the Indianapolis 500 more than any other car model in history with 14 appearances dating back to 1978 when a black-over-silver C2 Corvette led the field.

Mechanically, the festival cars and pace car replicas are often identical, with the only difference being the fact that festival cars were actually used at or near the Indy 500 for official use by the track, television studios, local dignitaries, and Indy Speedway staff.

In 2004, The Chevrolet Corvette was once again chosen as the Pace Car for the 88th running of the Indianapolis 500 Race. Two Corvettes were built for the Pace Cars. Another 22 White Corvette Convertibles were built and came equipped with red interiors and white tops and were used as Indy 500 “Festival” or “Track” Cars. 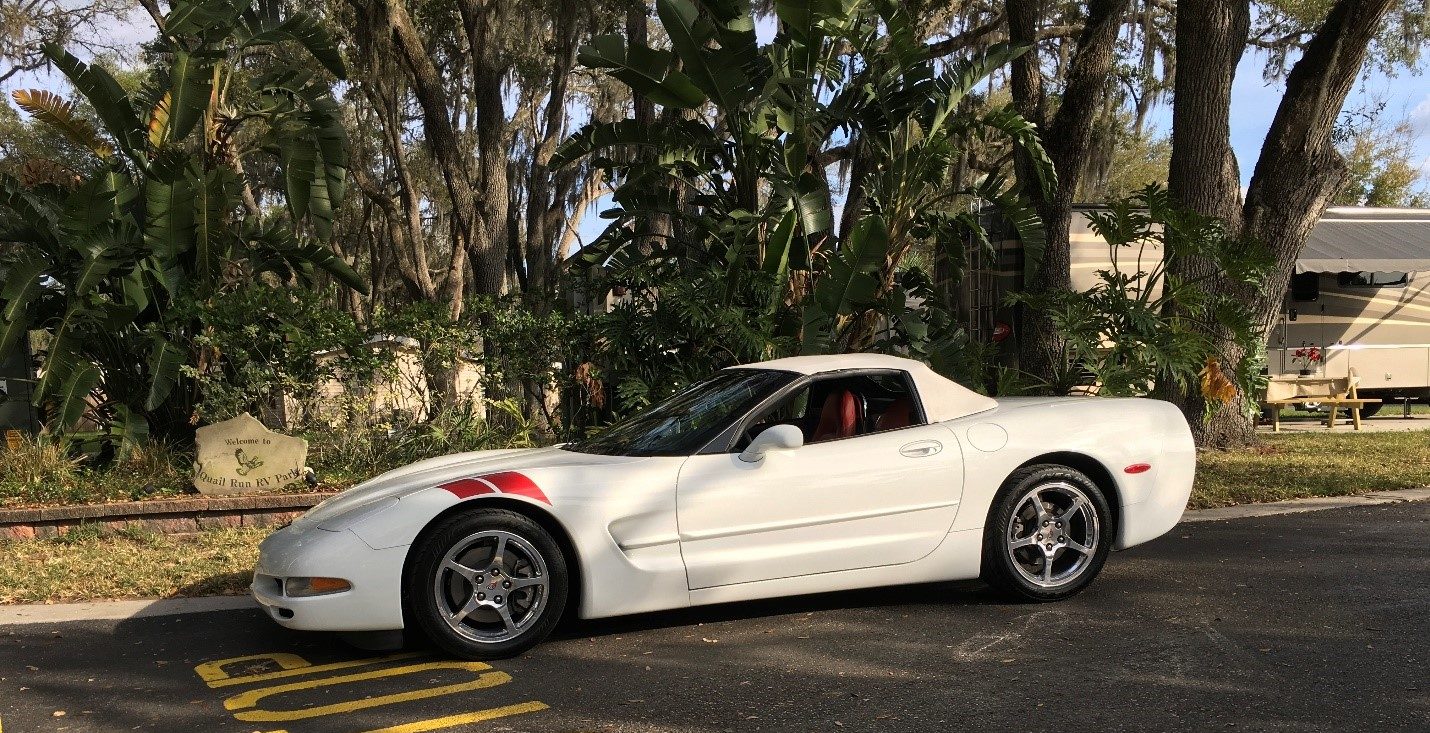 They were used to carry celebrities, Sponsors, and VIP’S around the track on race day. The 2004 Indy 500 Race winner, Buddy Rice, received one, several were used by GM for a time, and the rest were sent to dealers and then sold to customers.

The Corvettes had just a few modifications with a less restrictive exhaust system, H.D. transmission and power steering coolers, as well as Red-White-Blue Flag striping and Indy 500 Decals. A few of these 2004 Festival Corvettes were also used for The NASCAR Brickyard 400.

One of these Festival Corvettes that was used at both races is owned by Bobby Chestnut and Edwinna Harrod from Wesley Chapel, Florida.  They brought it to our 31st Annual Reunion Car Show here at Ecklers World Headquarters that was hosted by the Cape Kennedy Corvette Club Eckler’s in Titusville. 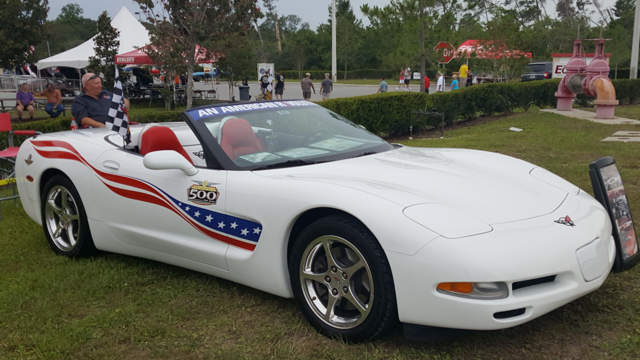 A red, white, and blue Corvette convertible always draws a crowd, but add to that graphics on the car and paperwork showing it to be from an official car from the Indy 500 really looks great.

Bobby and Edwinna were looking for another Corvette back two years ago when they found this 2004 in Edwinna’s home town in Kentucky. It was owned by a Corvette collector who knew it had been previously owned by GM for seven years after it was built, but he did not know why.  It showed 26000 miles and looked like it had never seen bad weather as everything was pristine and all there too. 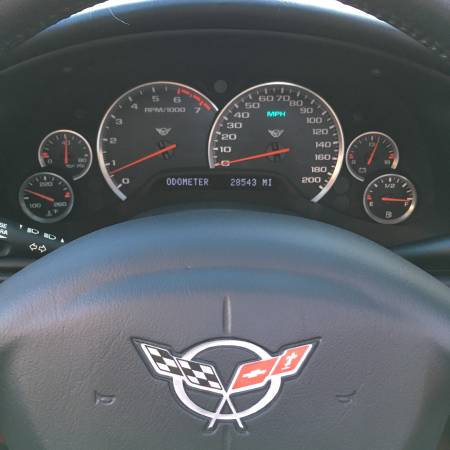 After they bought it, Bobby started researching the Corvette to find out the story on it when he learned that it may have been an Indy 500 Festival Car. It did not have any of the factory decals and graphics on it and had some side accents and a few other accessories added to it by a previous owner, but it had some Indy 500 paperwork and memorabilia with it. After checking with GM on the VIN number, it indeed was a Festival Corvette and graphics were acquired from the original manufacturer after supplying them with the VIN number to authenticate it. 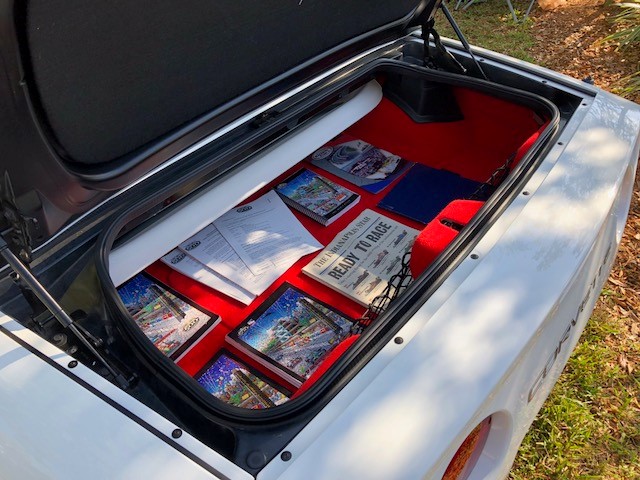 Being only one of 22 Corvette Indy 500 Festival Corvettes makes it very rare, but they still drive and cruise it to many shows in Florida and will be taking it to the 2019 NCRS National Convention in Greenville, South Carolina.

The Corvette is stunning when you see it as it is painted in Artic White, incorporates Americana-themed graphics, tying into Chevrolet’s new “An American Revolution” marketing theme, has the red, white, and blue American Flag and Indy 500 decals. 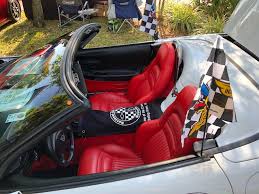 It is powered by an all-aluminum 350 LS1 350 Horse Small Block Chevy V8 engine backed by a 700R4 automatic transmission and it rides on a set of Goodyear Eagle F1 tires on special polished aluminum five spoke Chevrolet wheels. 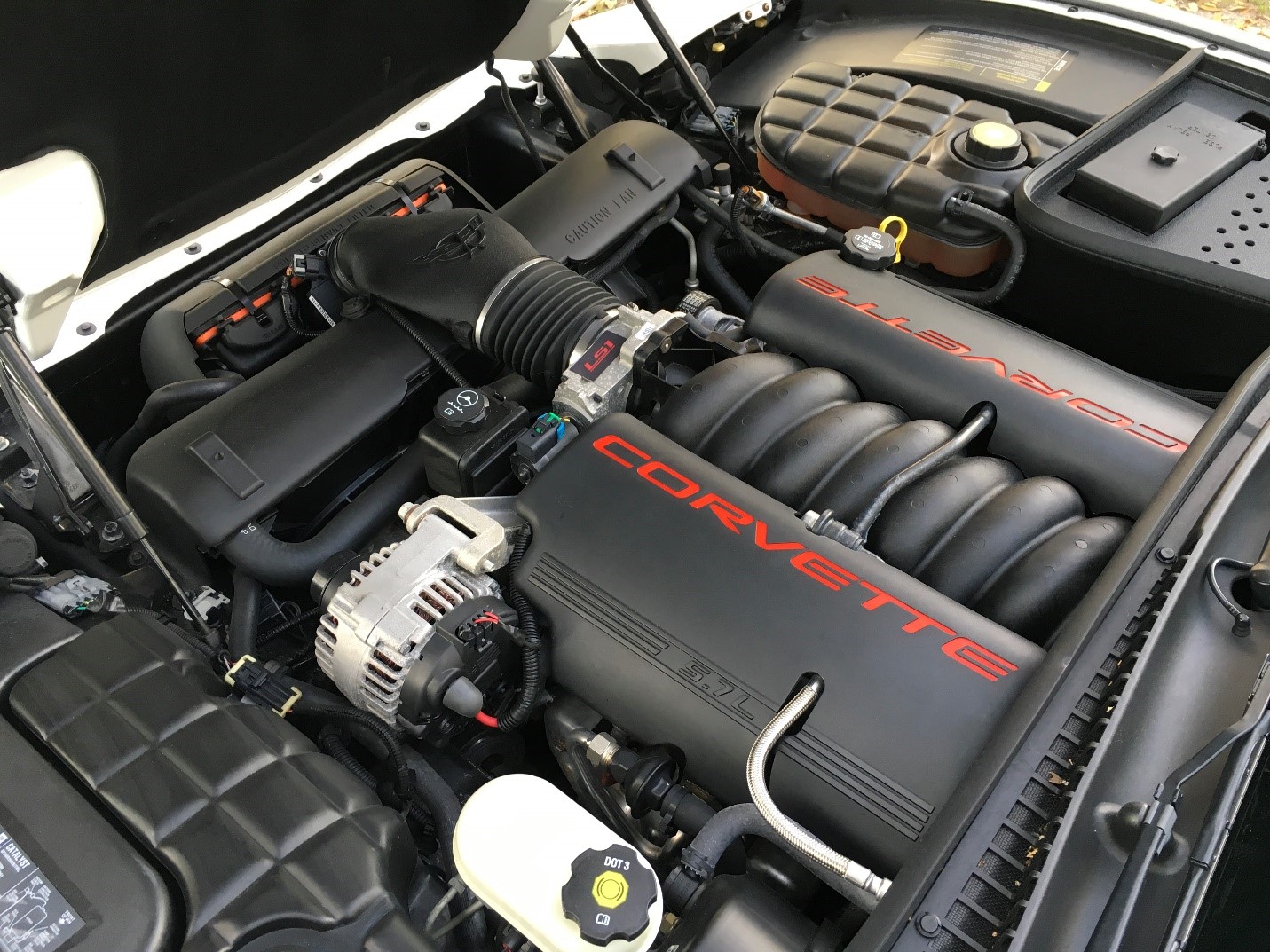 Bobby and Edwinna and the 2004 Corvette Indy 500/Brickyard 400 Festival Corvette is always a threat to win a trophy at local shows and at Corvette Meets where originality counts as well as how rare a car is. They bought this Corvette to drive and enjoy it in their retirement in Florida, and that is what they are going to do. Stop and say hi to them if you see them at a show near you. 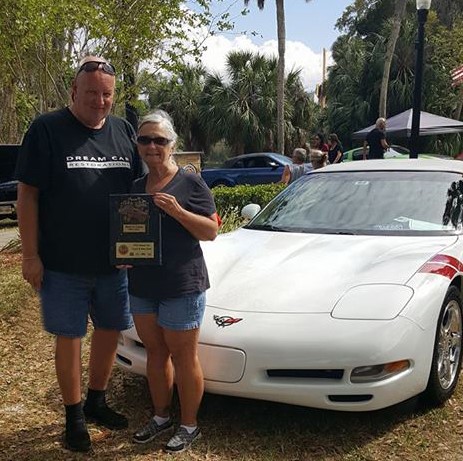 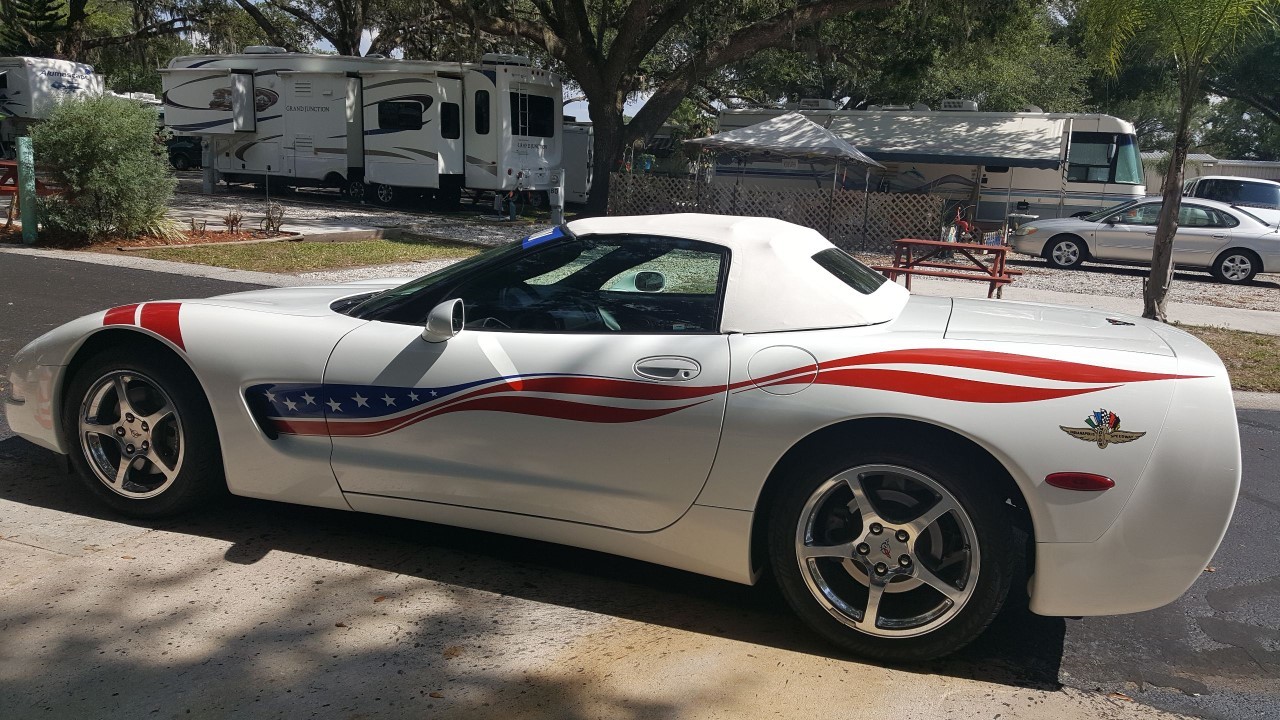 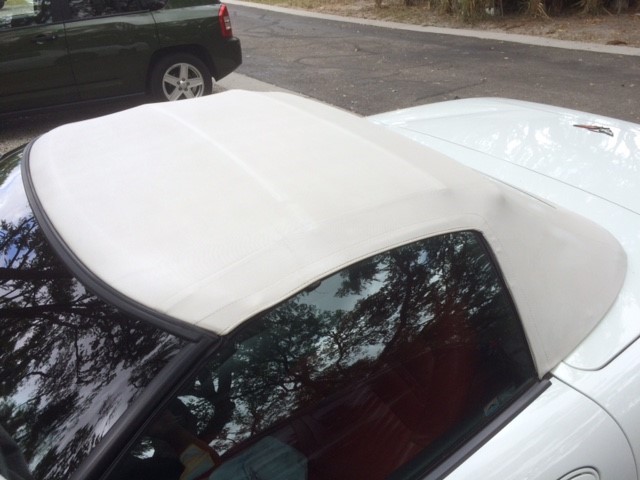 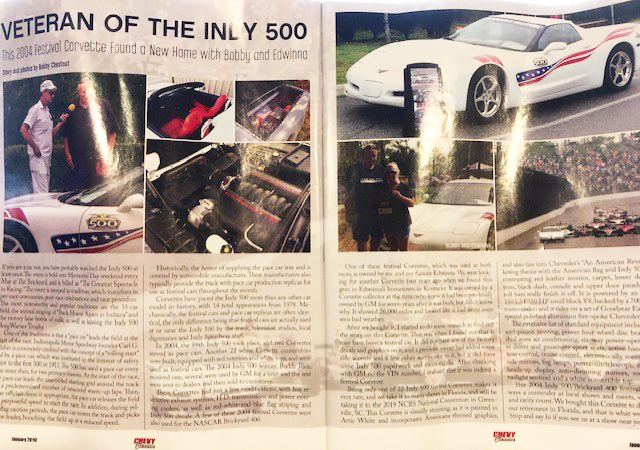 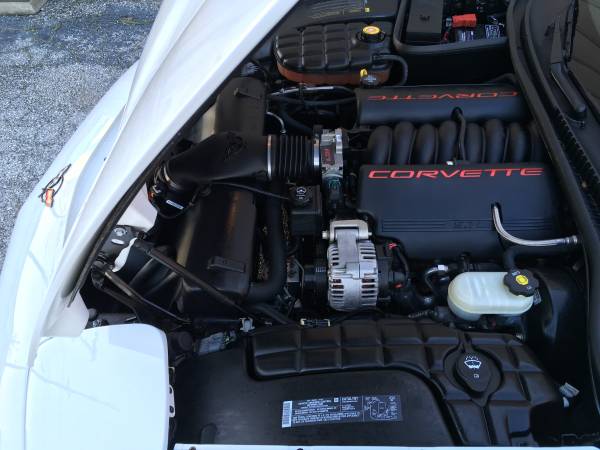 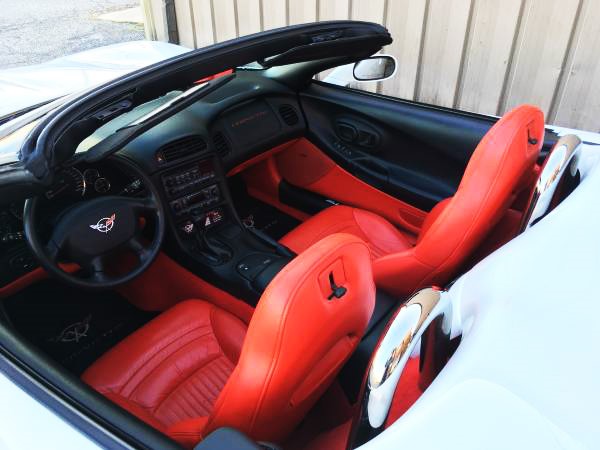