Lookout for the “Stampede”

“…….there is something about the 65 – 68 Mustangs”.  With those words, James and Alison Slone set out to find a 1967 Mustang Fastback.  But before that quest began, some history is in order. 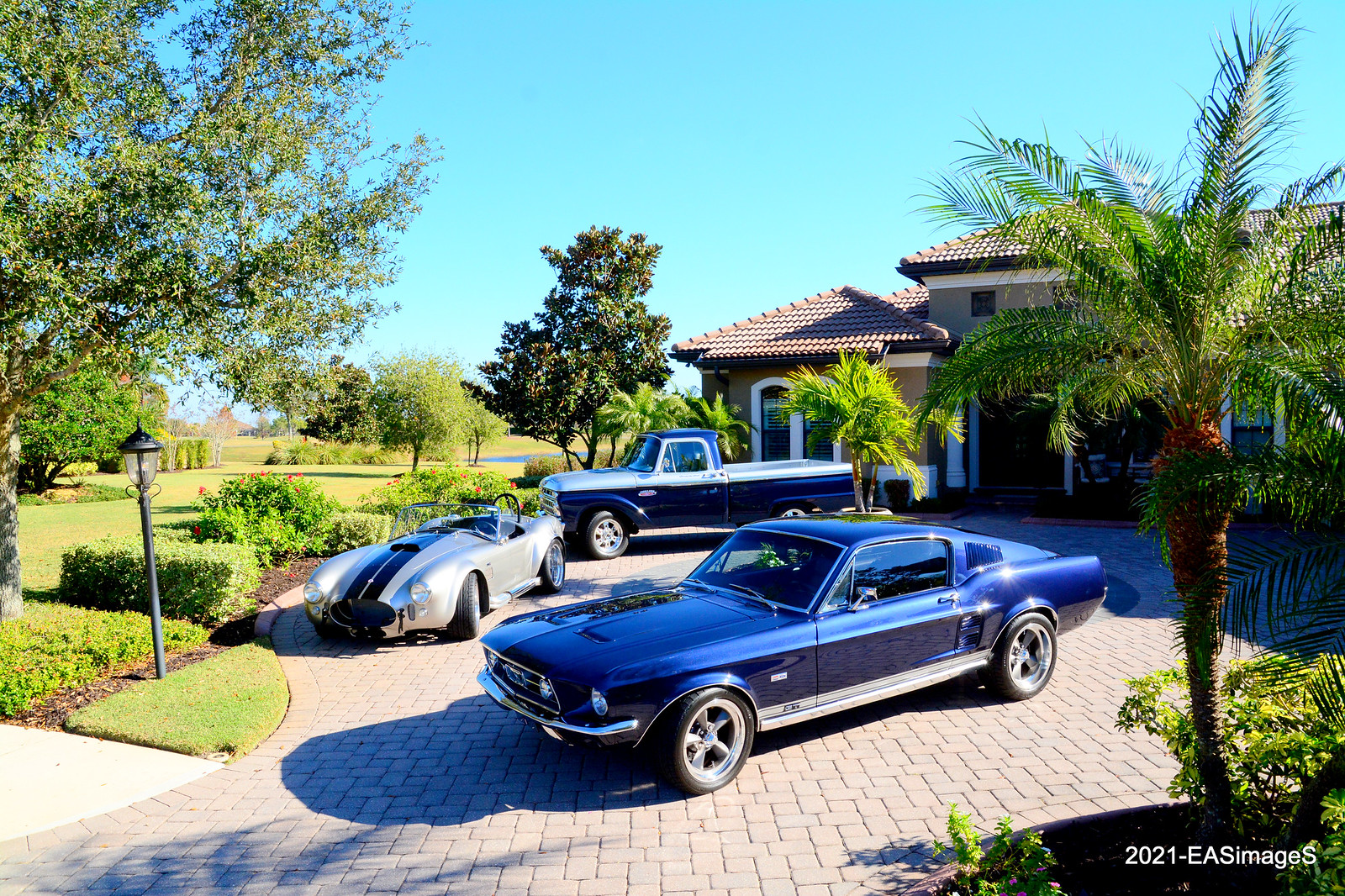 James had always had a soft spot and worked on late model Fords and muscle cars.  His wife, Alison, also became interested during her high school days, sharing the same appreciation for the 1960’s muscle cars.  Fast forward several years and the opportunity to purchase a one owner 1965 F100 Ford truck arose.  A frame off restoration was completed on the truck and they began to participate in car shows.  Thoughts then begin on starting a new Mustang project, and “I thought the 1967 Fastback would be the car I would want to restore, if I could find one in good shape”. 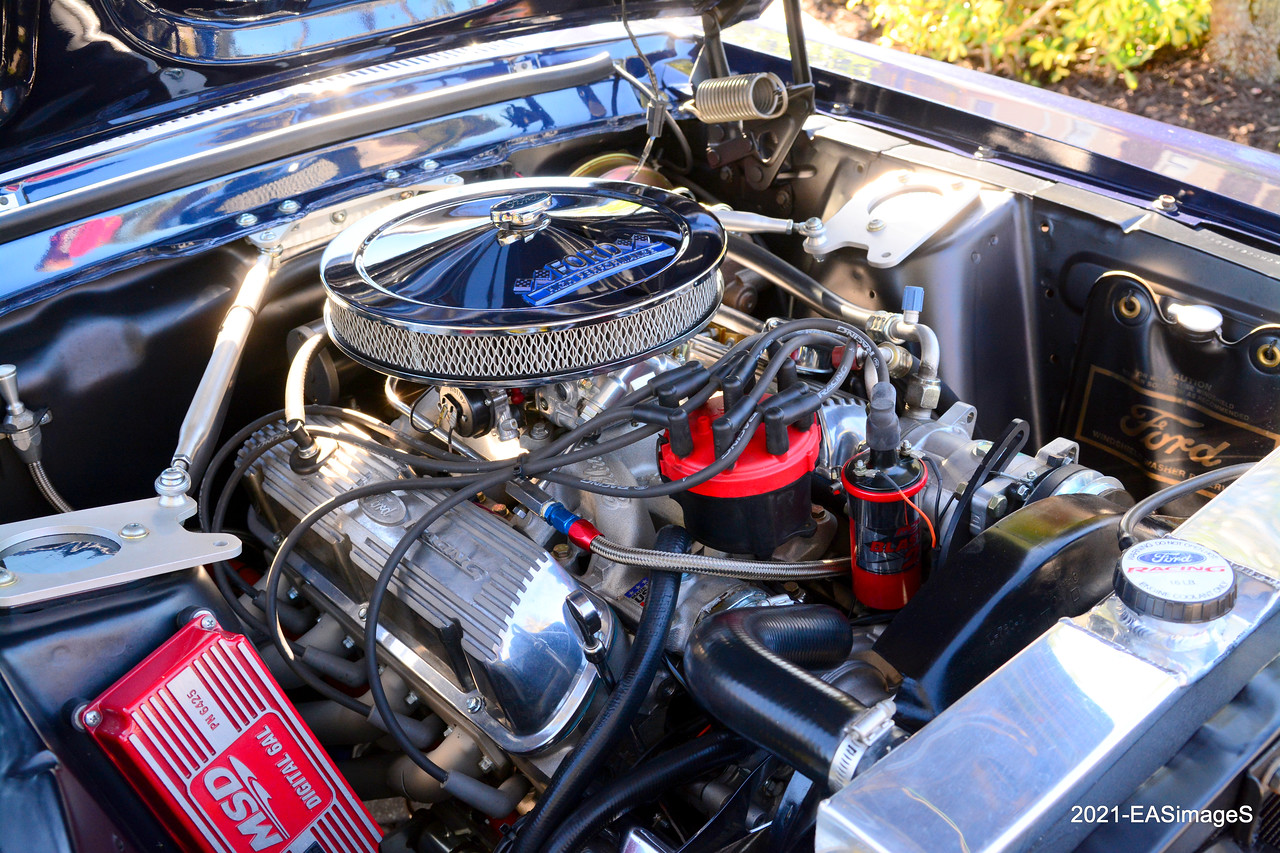 In 2014 one was located in Minnesota, clean with a minimal amount of rust.  Little rust, how can this be?  Between research including the Marti report, this ‘67 was born in San Jose, California and spent its next forty-five years in that state.  Born on December 6, 1966, it was one of 2,411 built with the W code Clearwater Aqua paint.  Running gear consisted of a 289-2V engine coupled to a four-speed transmission, and a limited slip 3.00 differential.  Black bucket seats adorned the interior, power steering, AM/8-track stereo, Firestone wide-oval F70-14 tires, and most importantly, the GT Equipment Group 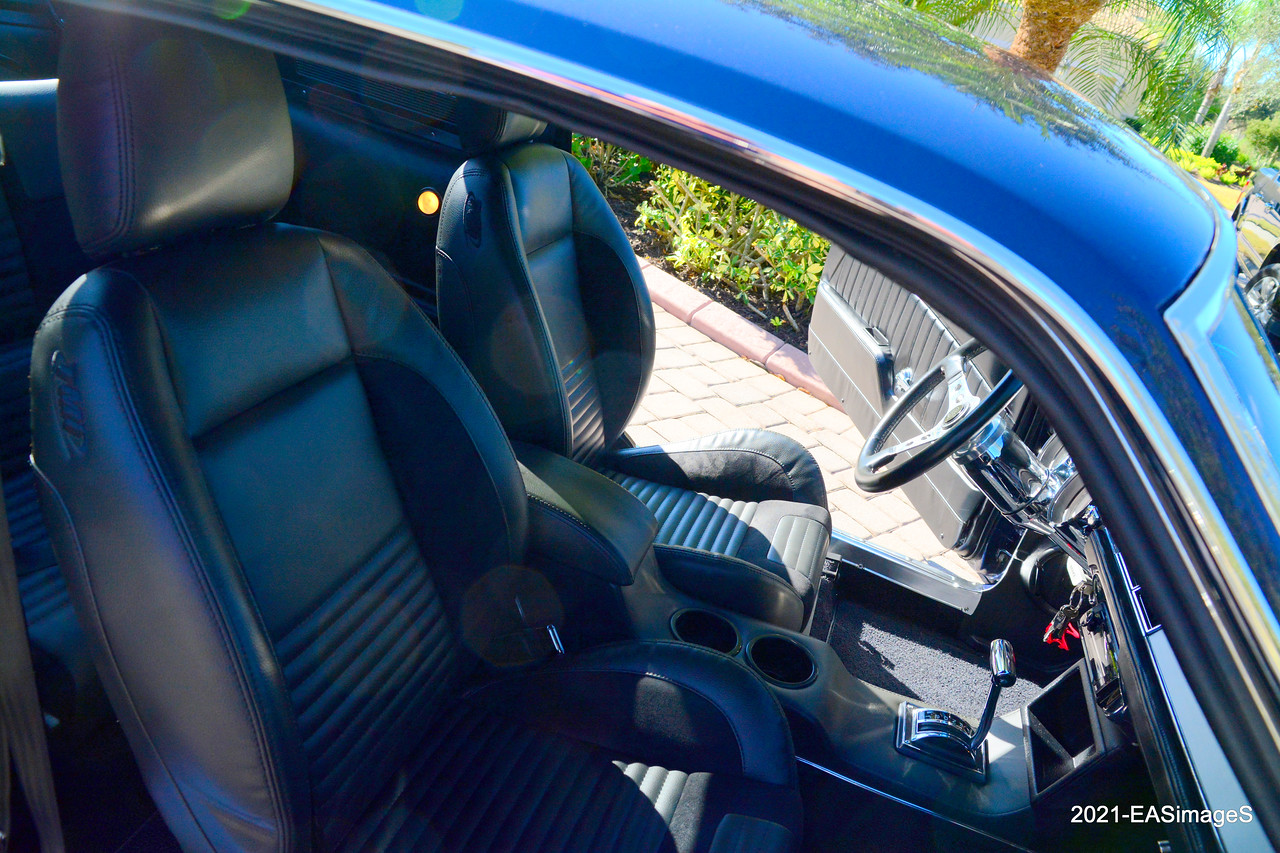 In 2015 American Resto Mods based in Buford, Georgia began their second restoration for the Slones' as they had worked on the F100 as well.  Work was completed on the Mustang sixteen months later, and “Stampede” was ready to start cruising to the shows with his older brother.

The new Mustang did not resemble its former self at any stage of life.  The body was painted Ford True Blue with Ford Silver Metallic stripes down the sides.  All new glass was installed.  Powering this Mustang is a Ford crate 302 (324 HP) with MSD ignition, a Performance Automatic Transmission, and a Currie Ford 9 inch with 3.55 ratio gears.

Ride and suspension were improved by a coil over front suspension from Total Control Products and Flaming Rivers Steering supplied the rack & Pinion.  Wilwood disk brakes are found on all four corners.  Wheels are U.S. Mag 17 x 9 rear and 17 x 7 front with BF Goodrich G-Force 255/45R17 on the rear and 215/50R17 mounted on front. 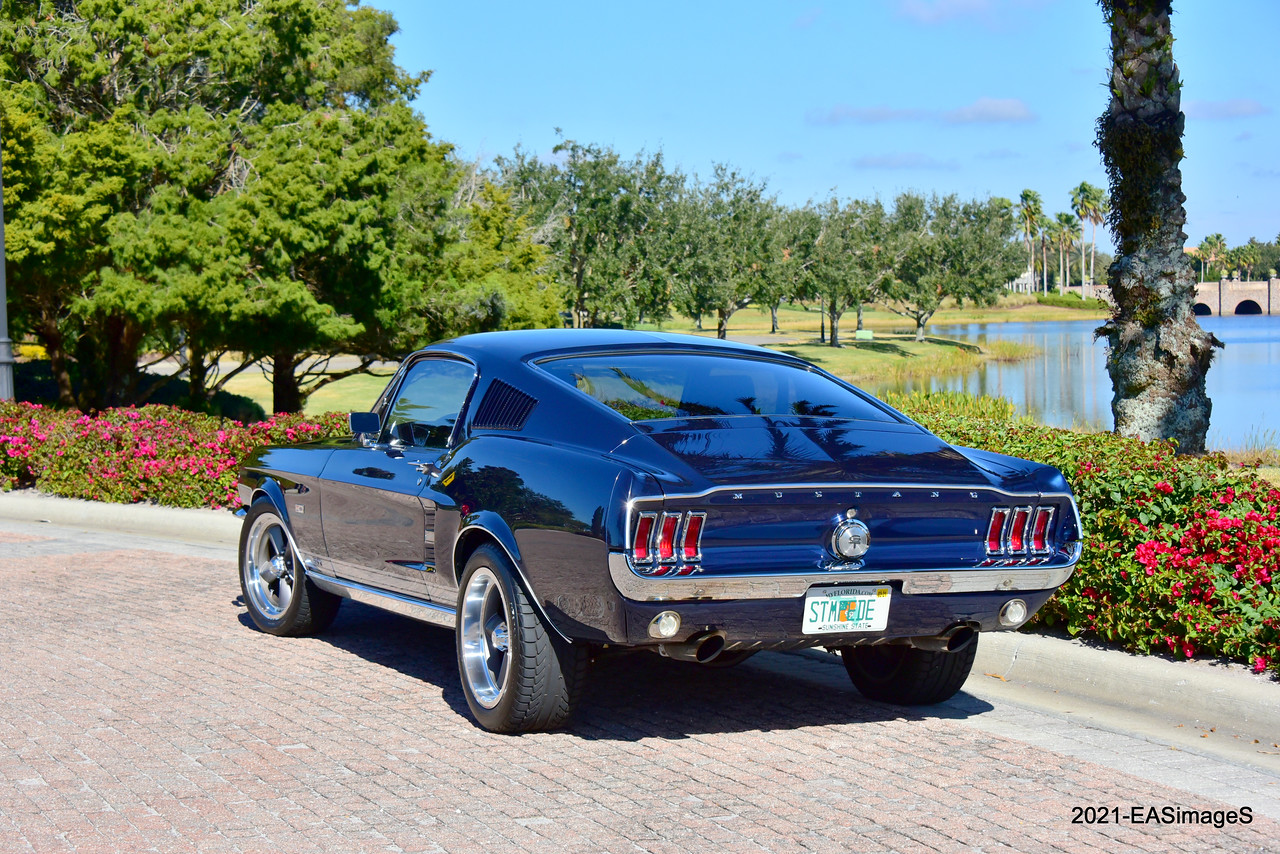 Neither Henry II nor Lee imagined the interior found in this one.  The front bucket and rear seats along with the custom console are from TMI Pro-Series Sports.  The one-piece headliner with upper console is from MTF.  From the driver’s seat you steer with the Grant Formula GT wheel and read the engine condition using the Classic Instruments gauge cluster.  All of this can be enjoyed while listening to the Kenwood KDC stereo with 6 and 9 inch speakers. 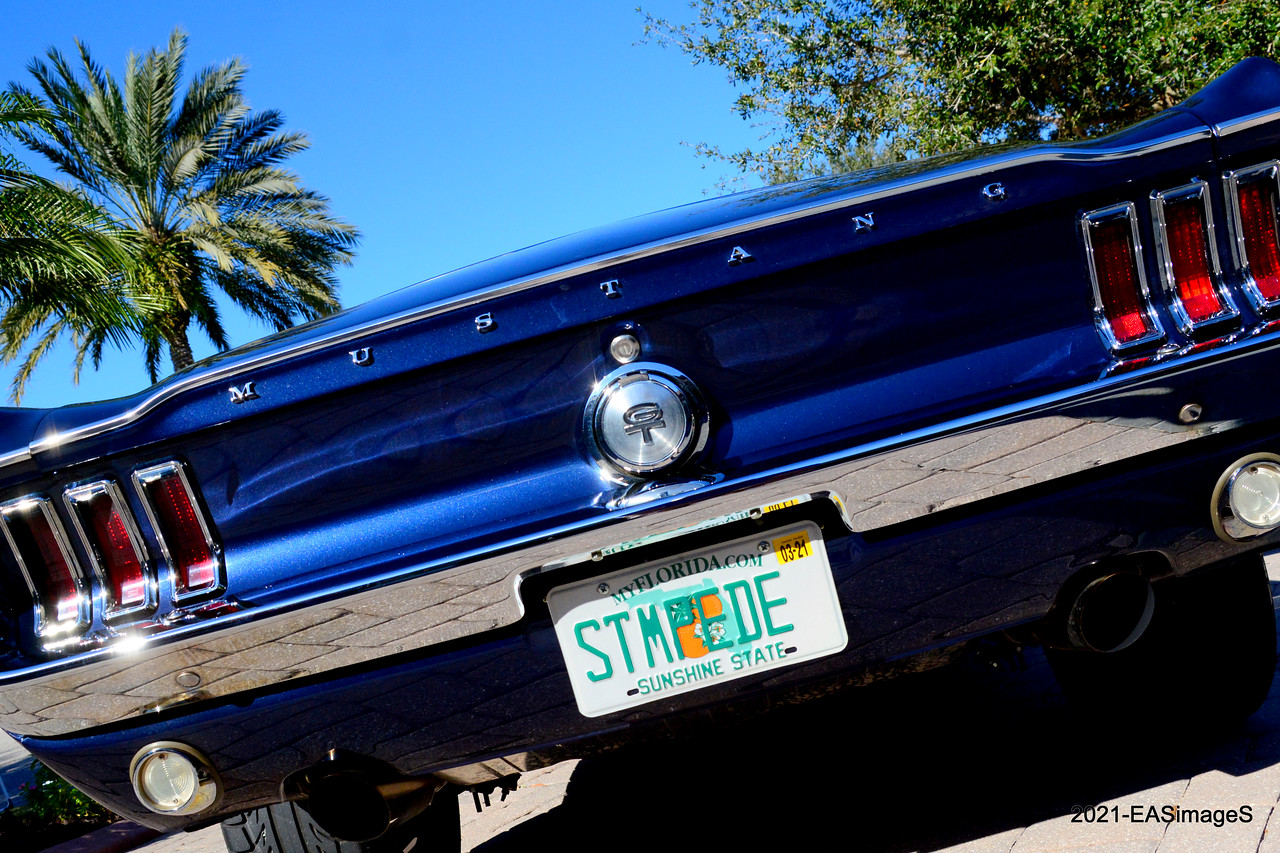 “Stampede” does not sit in the garage long: it’s often found at the local cruise-ins and shows, being driven along Florida’s gulf coast, or even making a grocery store run.  All along the ways “thumbs up” is a frequent greeting.  The car is a frequent show winner, but the most cherished of those are the “People’s Choice” and second overall at the Ponies Under the Palms Show in Lakewood Ranch.  According to James, “This car is a wonderful way to experience Ford American muscle”. 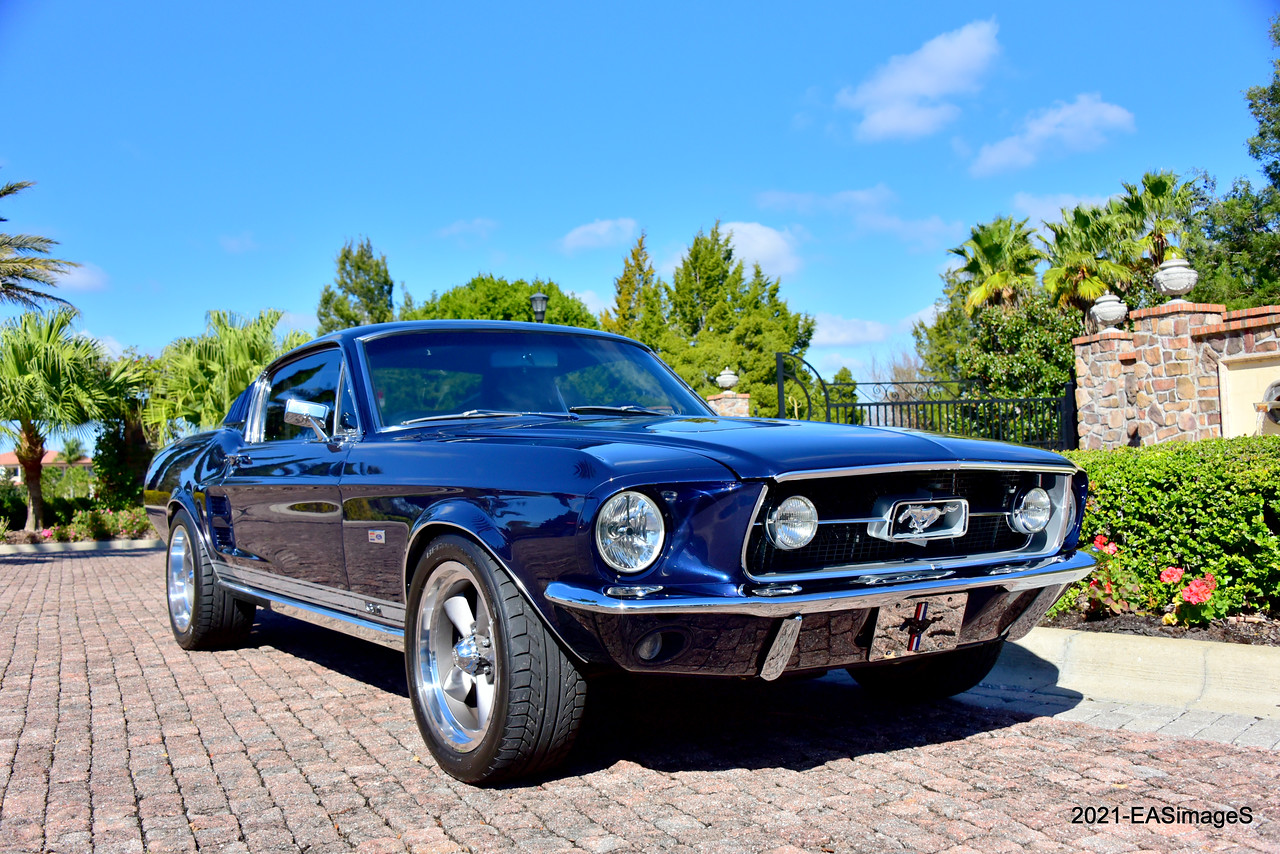 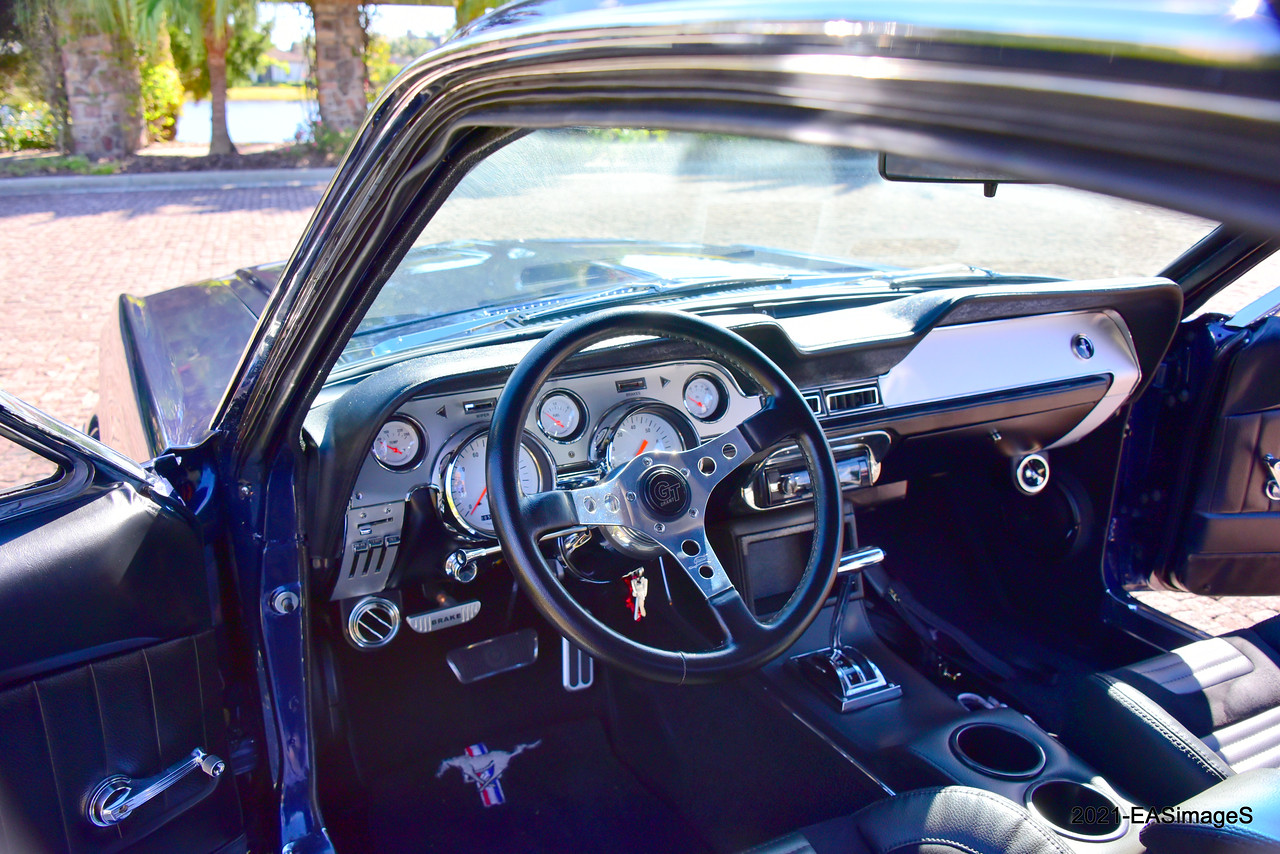