Gasparilla, Buccaneers and pirates are synonymous with the Tampa area, so it was only fitting to call the first Concours d’Elegance event after the famous pirate Jose Gaspar, also known by his nickname Gasparilla.   Although there is no proof he existed, legend has it that he terrorized the Gulf of Mexico during the late 1700’s by taking many prized possessions and ransoming hostages.  He supposedly died by leaping from his ship rather than face capture by the US Navy, leaving behind an undiscovered treasure.  Tampa held its first Gasparilla Pirate Festival in 1904 and the fascination continues to this day. 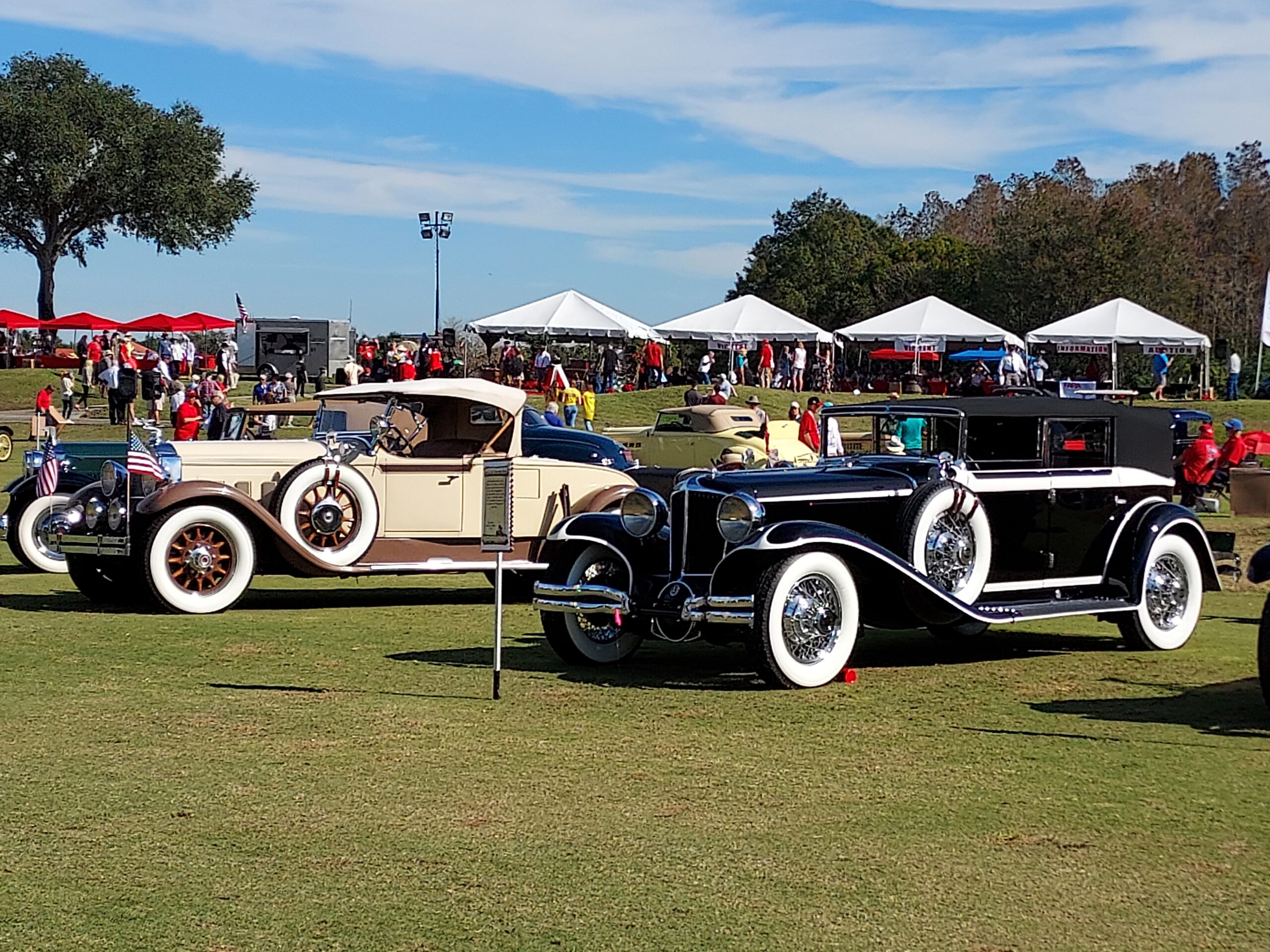 I attended their second annual show on Dec 4 at the TPC Golf Course.  It was a pleasant, however very warm day.  The Concours celebrates “100 years of automotive excellence” and displayed were nearly 150 prized examples of such.  Scattered across the golf course were pre-WWII era masterpieces to rare 1960’s muscle cars, immaculately restored 1950’s classics to turn-of-the-century race cars.  They were all critiqued by extremely knowledgeable judges and the top awards were paraded across the red carpet.

Each vehicle had an explanation plaque set in front that describes its history, remarkable features, previous awards, and owners name and location.  Many traveled from other states to attend this event.  Here were some of my favorites: 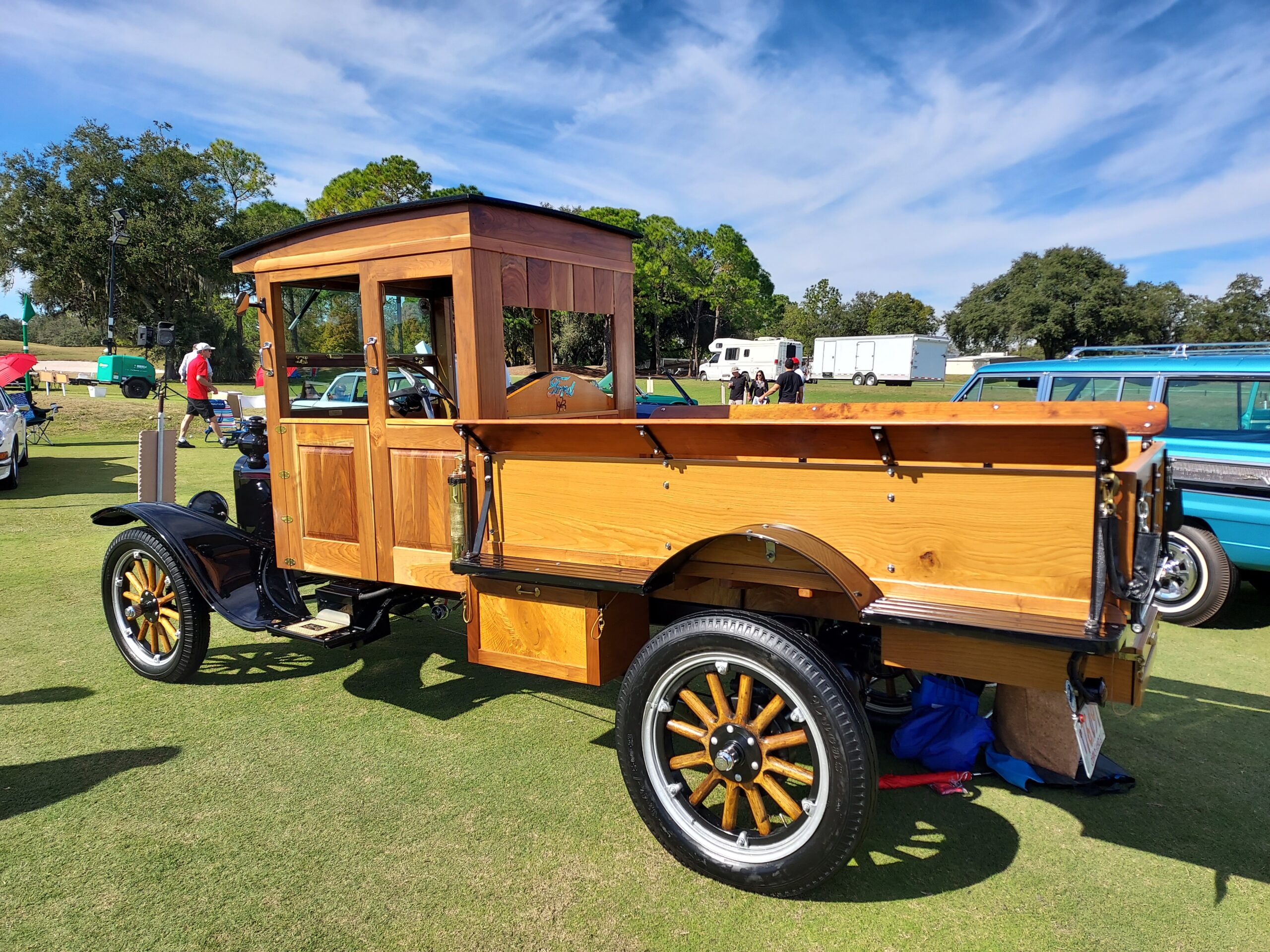 This 1923 Ford Model TT truck has won several prestigious awards including the Concours at Lake Mirror, Hemmings in Saratoga New York, and was featured in the Hemmings calendar and magazine.  Owner Dan Shields is from Upper Sandusky, Ohio. 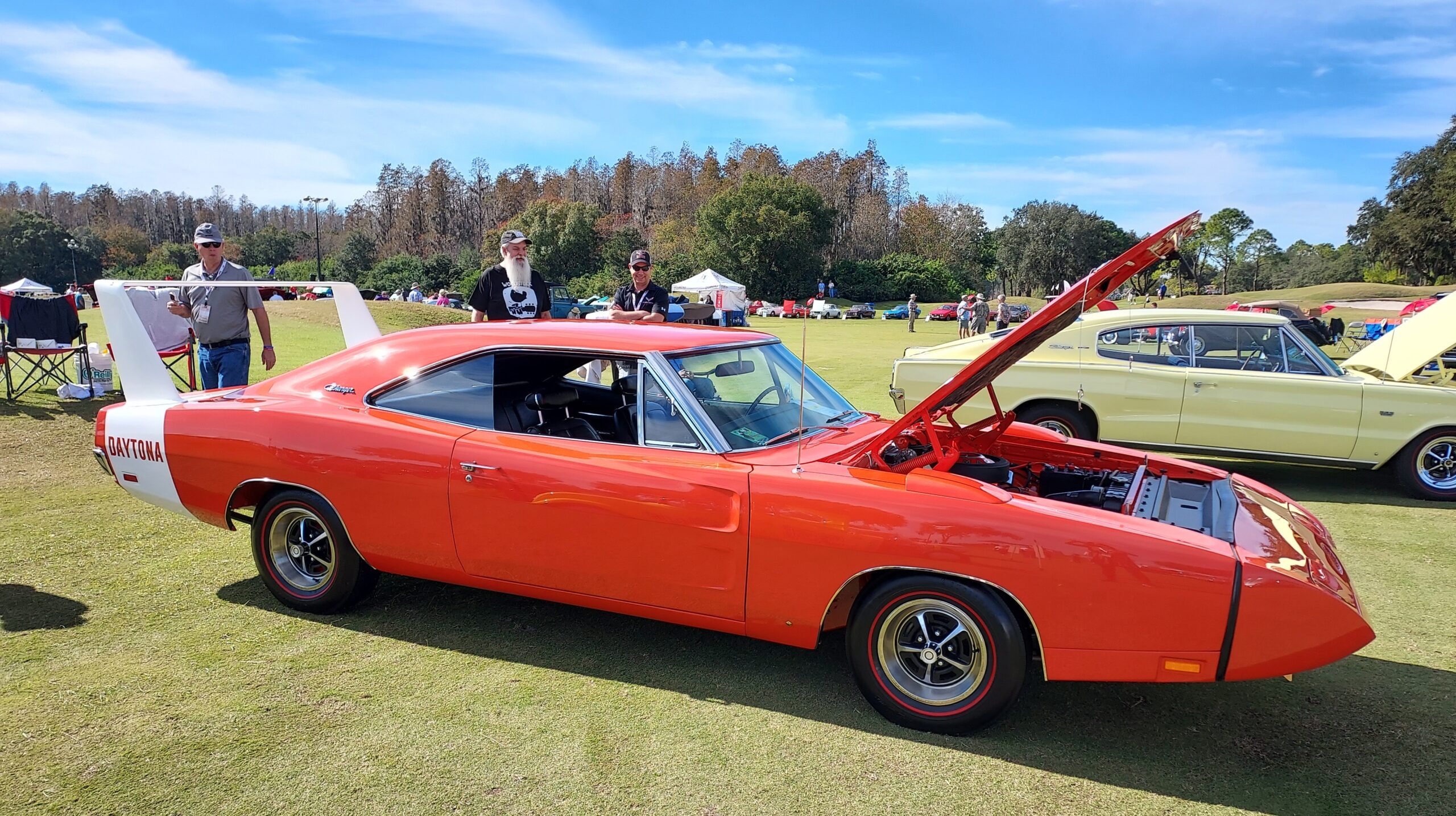 A 4-year frame off restoration was done on this very rare 1969 Dodge Daytona Charger equipped with a 440 magnum engine and a 4 speed transmission.  Built for NASCAR, only about 500 “Winged Warriors” were built.  It resides in Tampa with Michael & Darlene Charles. 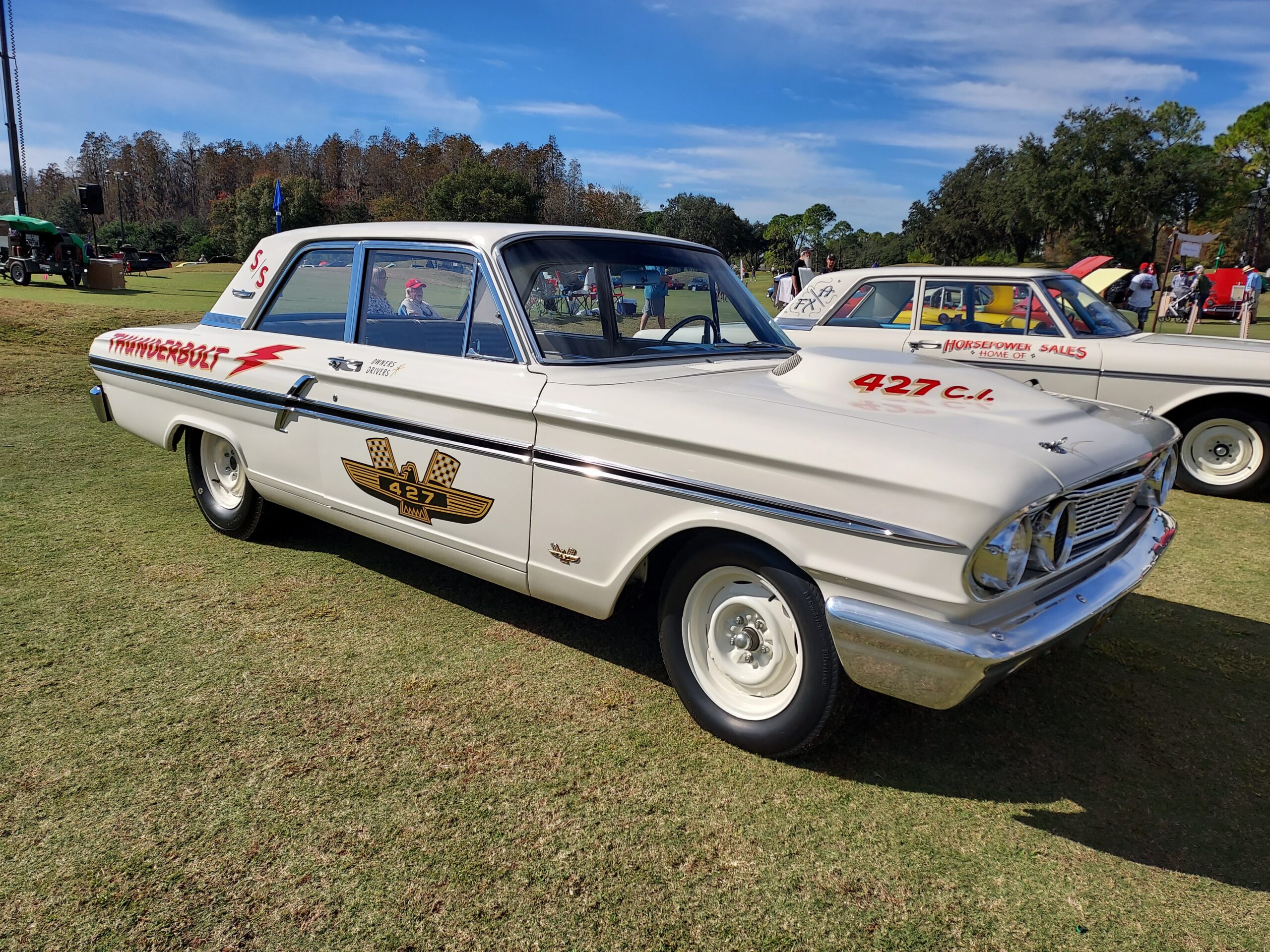 Another racing champ is this 1964 Ford Fairland Thunderbolt sporting a 427 big block with 425 horsepower.  Build for the dragstrip, approximately  100 were produced with the steel tubing, fiberglass frontend, and extensive suspension modifications.  Locally owned by Douglas Kenny. 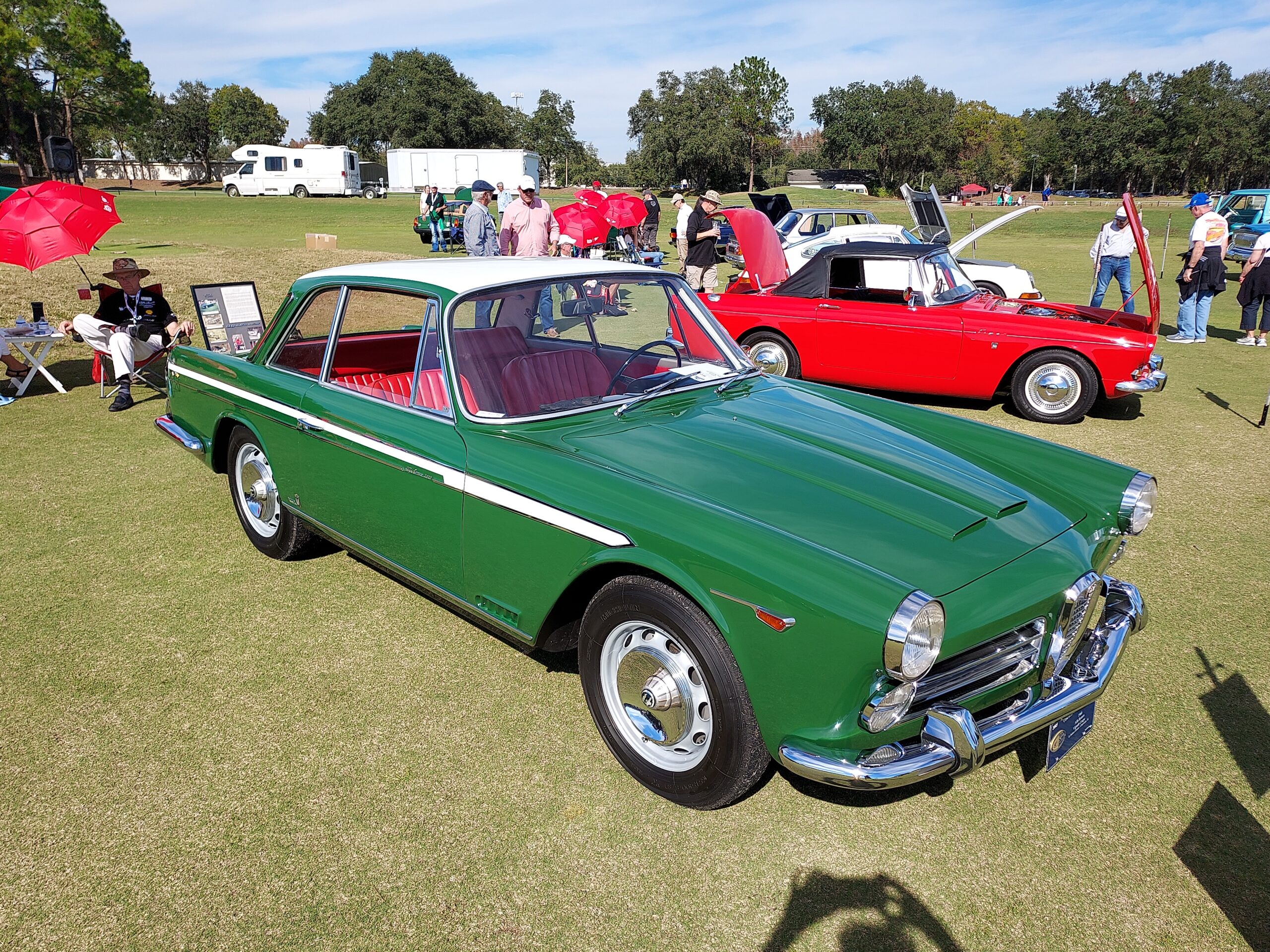 This is a true one-of-a-kind find rescued from a Florida swamp.  After 5 years researching this special 1960 Alfa Romeo Vignale Boded Coupe it is a stunning example of the Italian craftsmanship of Alfredo.  The striking color combination of green and white exterior with red leather interior is assumed to represent the Italian flag.  Owned locally by Delmas Greene. 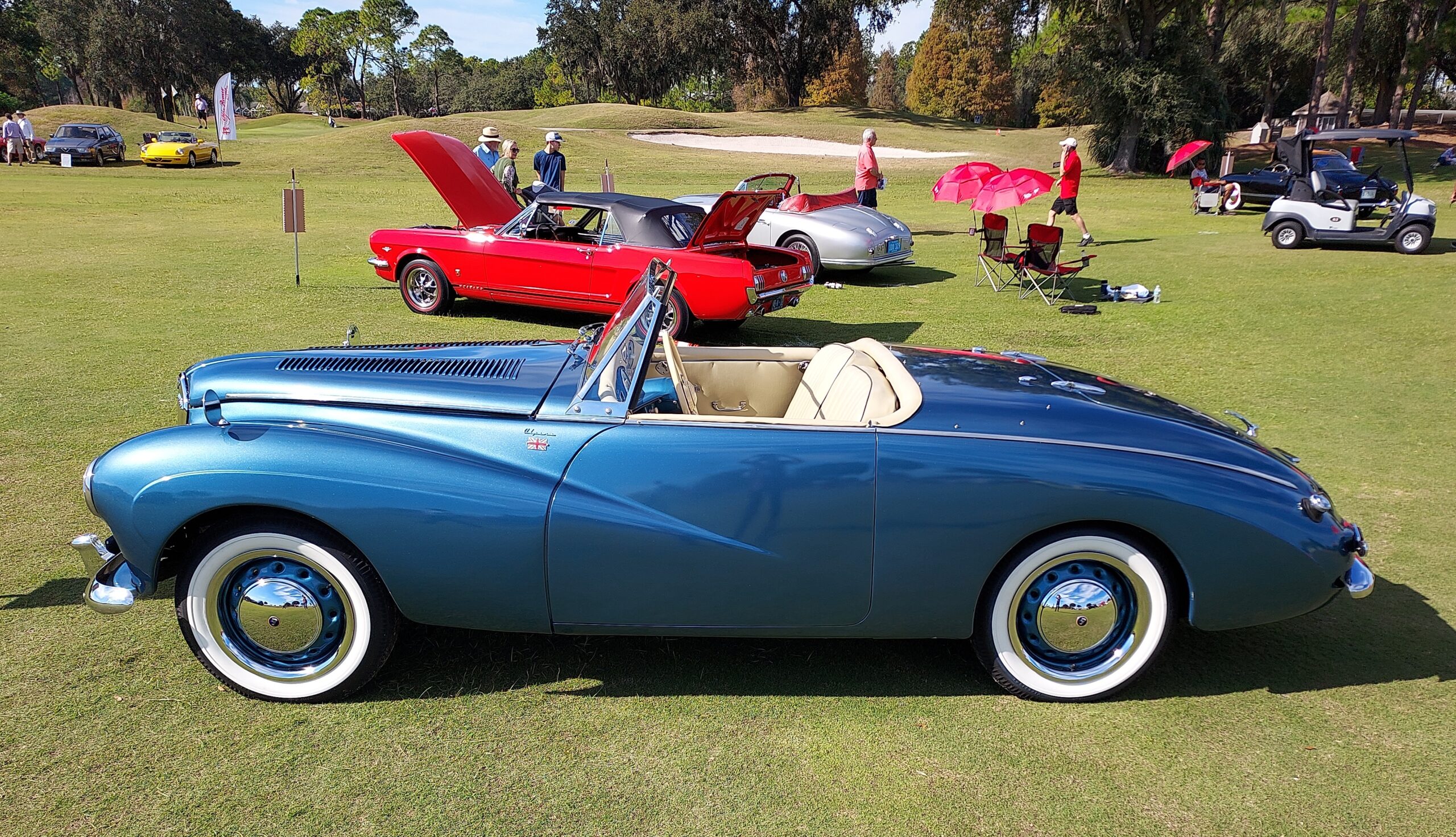 Here is a fine example of early English sports cars, this two-seater 1954 Sunbeam Alpine produced by the Rootes Group.  A 7-month restoration project by Mike Hugill from Belleair. 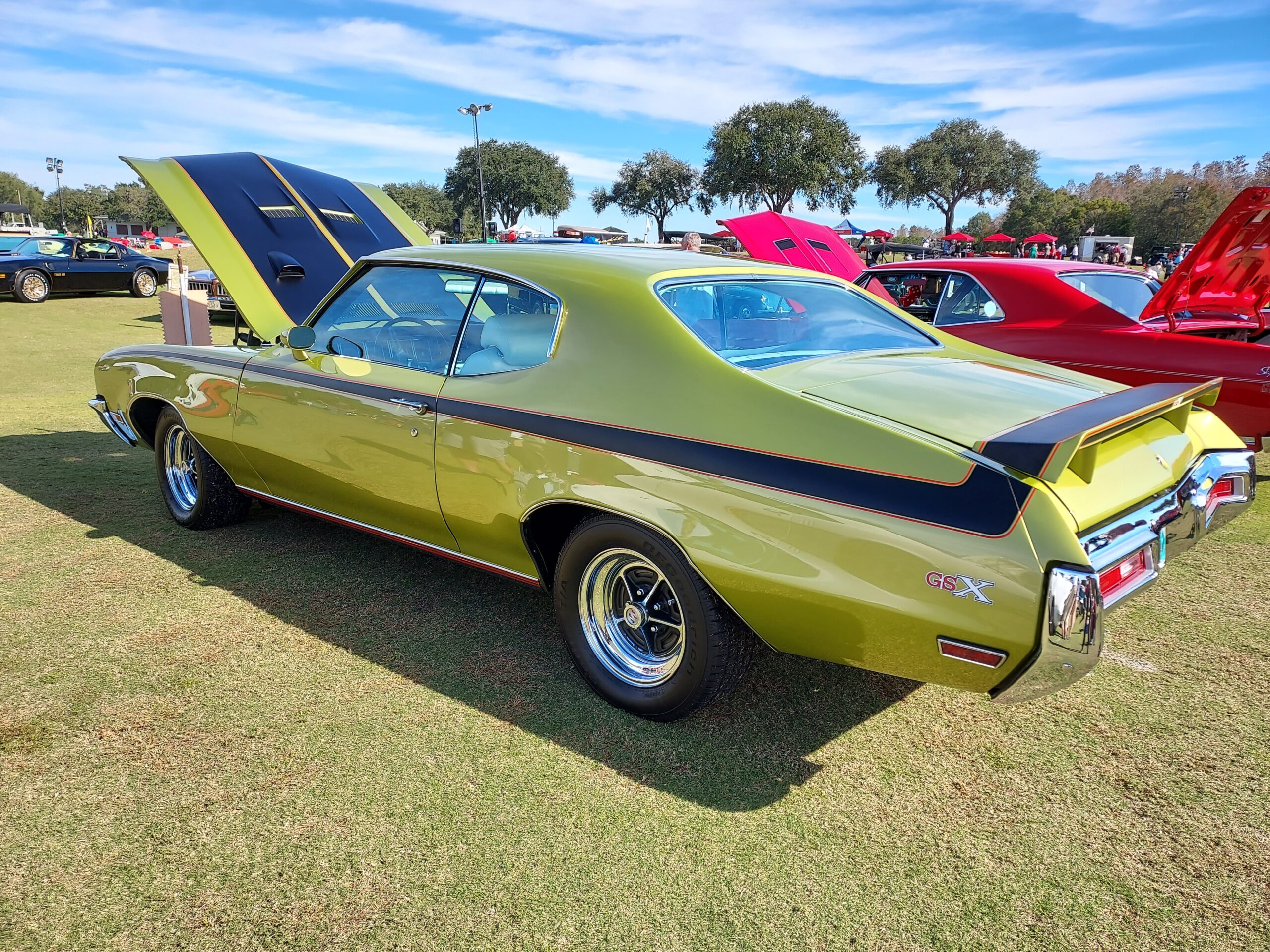 Not all Buick GSX’s are yellow or white.  Robert Klingel is the original owner of a rare lime green 1971 Stage I with a 4-speed transmission. Only 6 were manufactured that year. This was Buick’s contribution to the muscle car era from 1970 to 1972. A frame-up restoration was completed in 2017 with all the original parts. 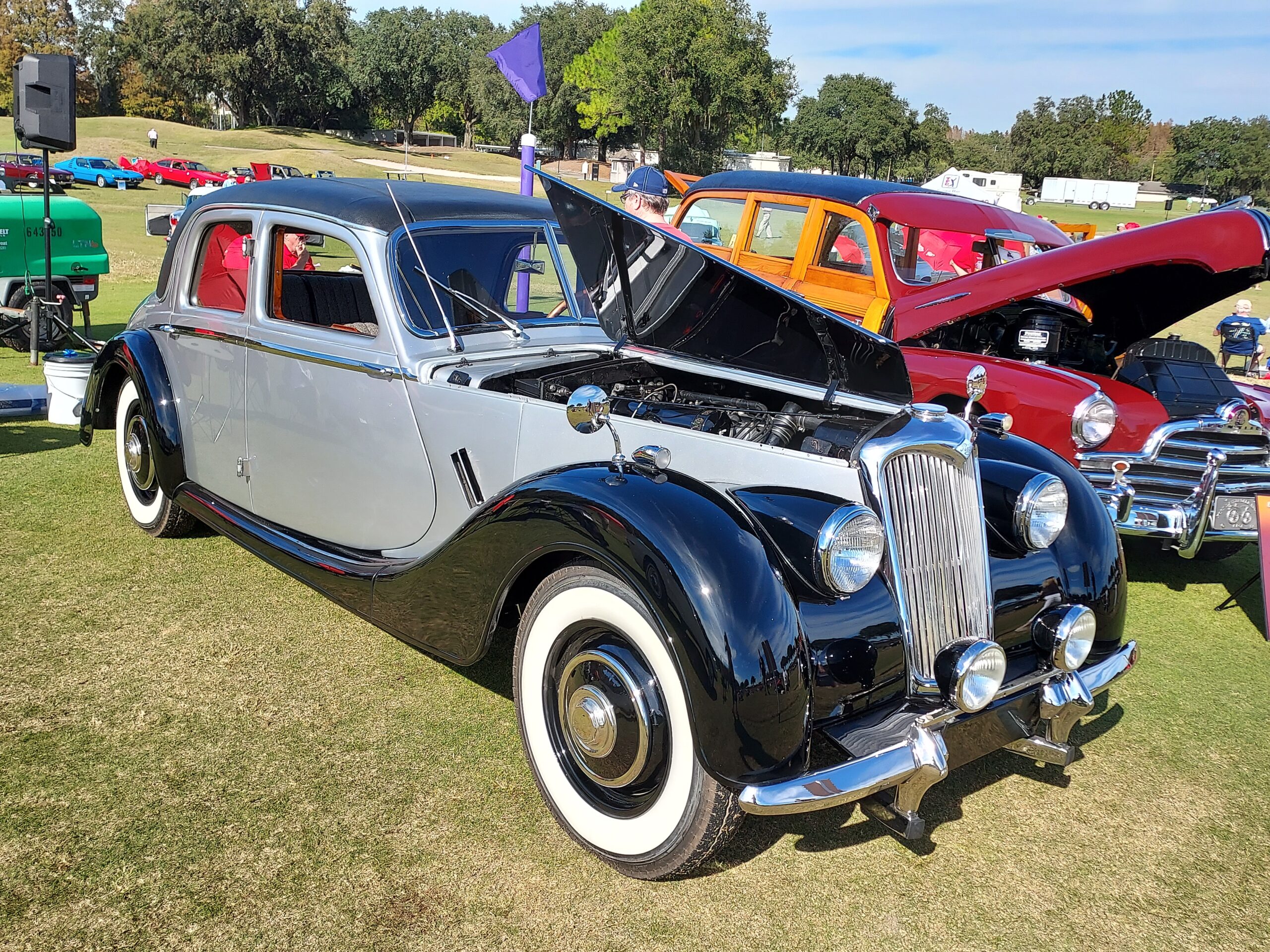 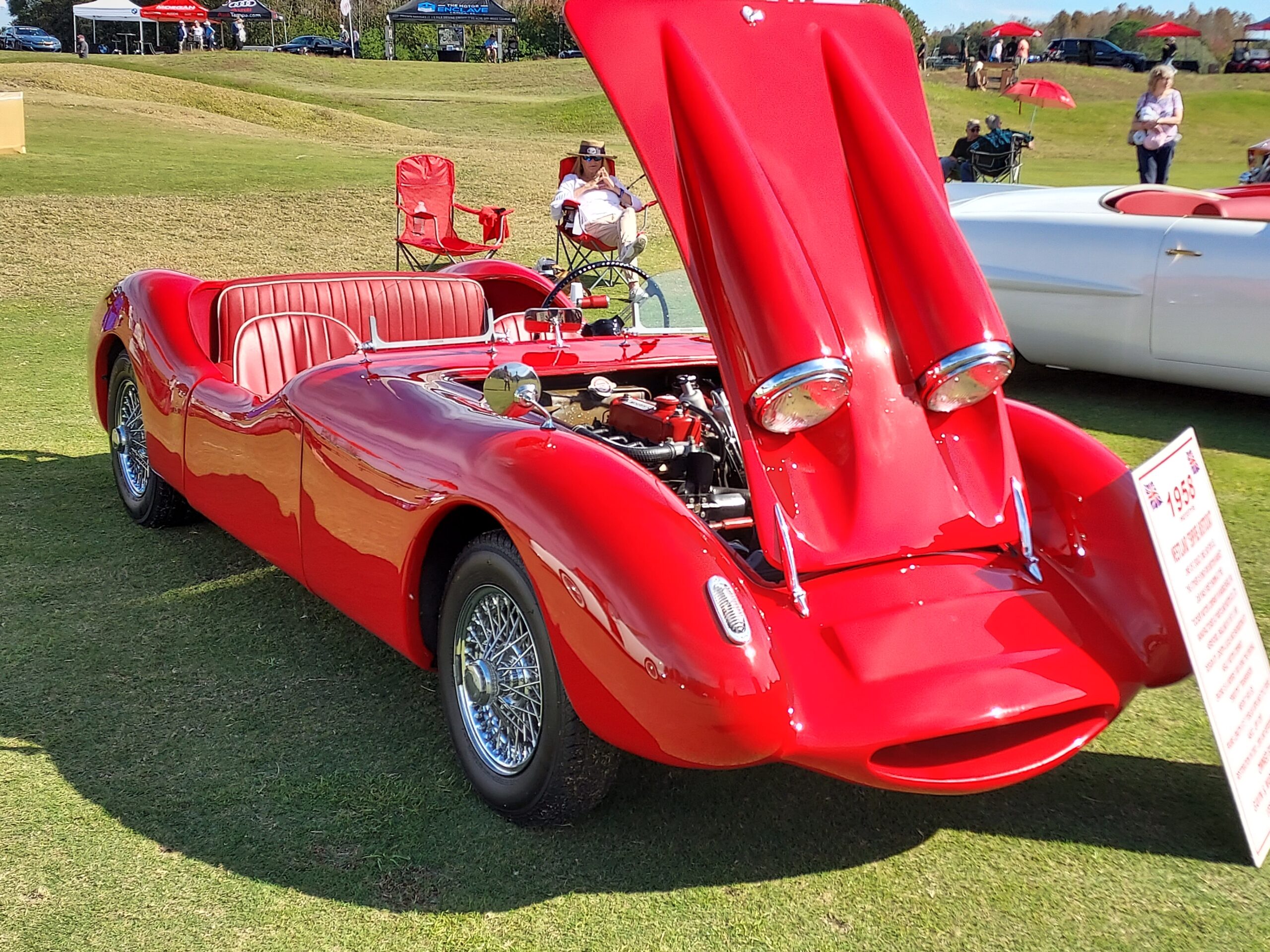 Another custom designed sports car, 1958 Westland Empire Aristocrat.  Manufactured by Westland Motor Co in England, they designed one left-hand drive for the US and one right-hand drive of the British market.  Owned by Gavin Ruotolo of Vero Beach. 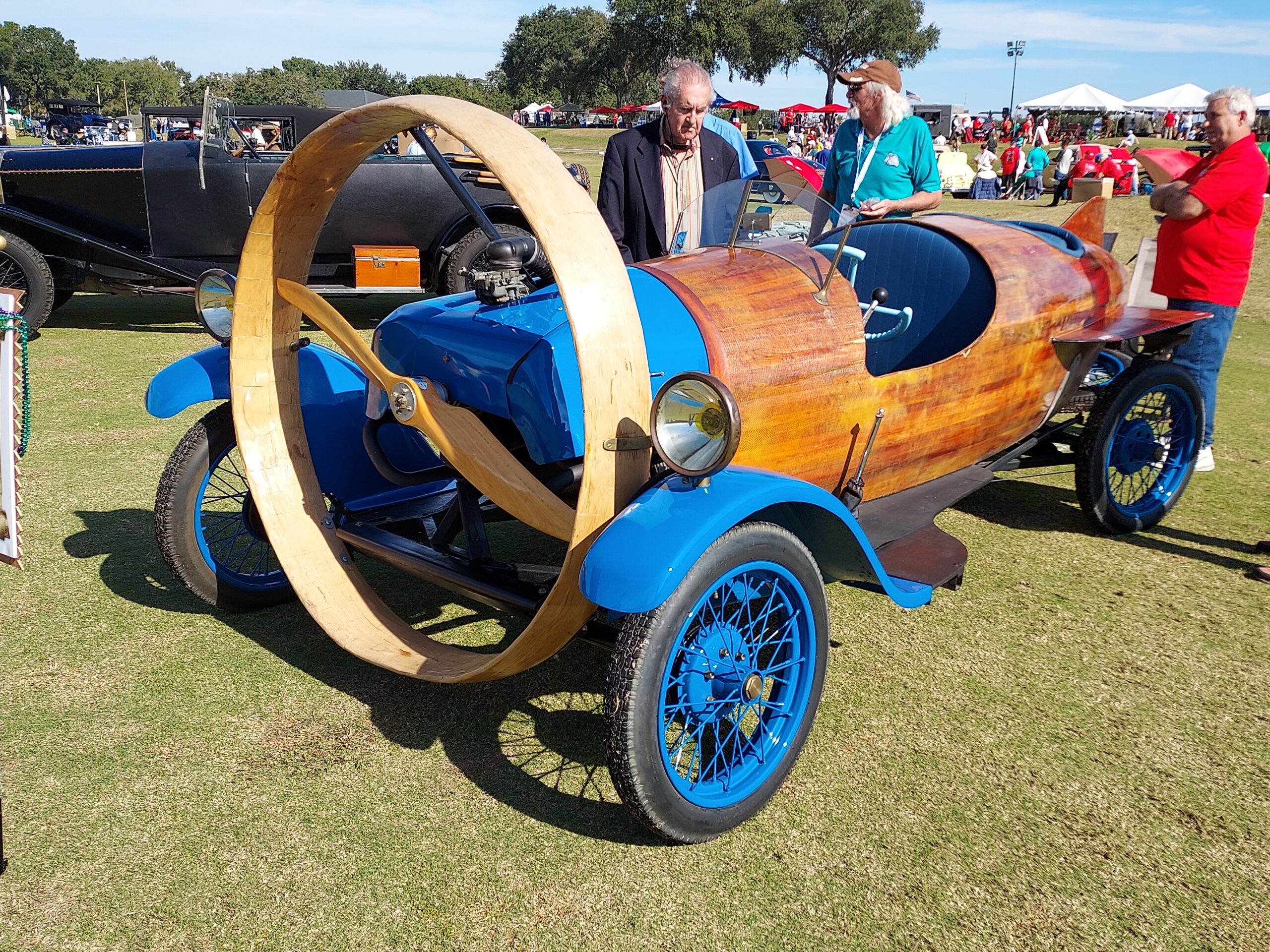 One of the most unusual vehicles on display was this 1932 Helicron Prototype.  This propeller driven car was discovered in a barn in France.  The car steers with the rear wheels, powered by a Citroen GS engine, and passed a French safety inspection in 2000.  Owned by Jeff Lane of Nashville, Tennessee. 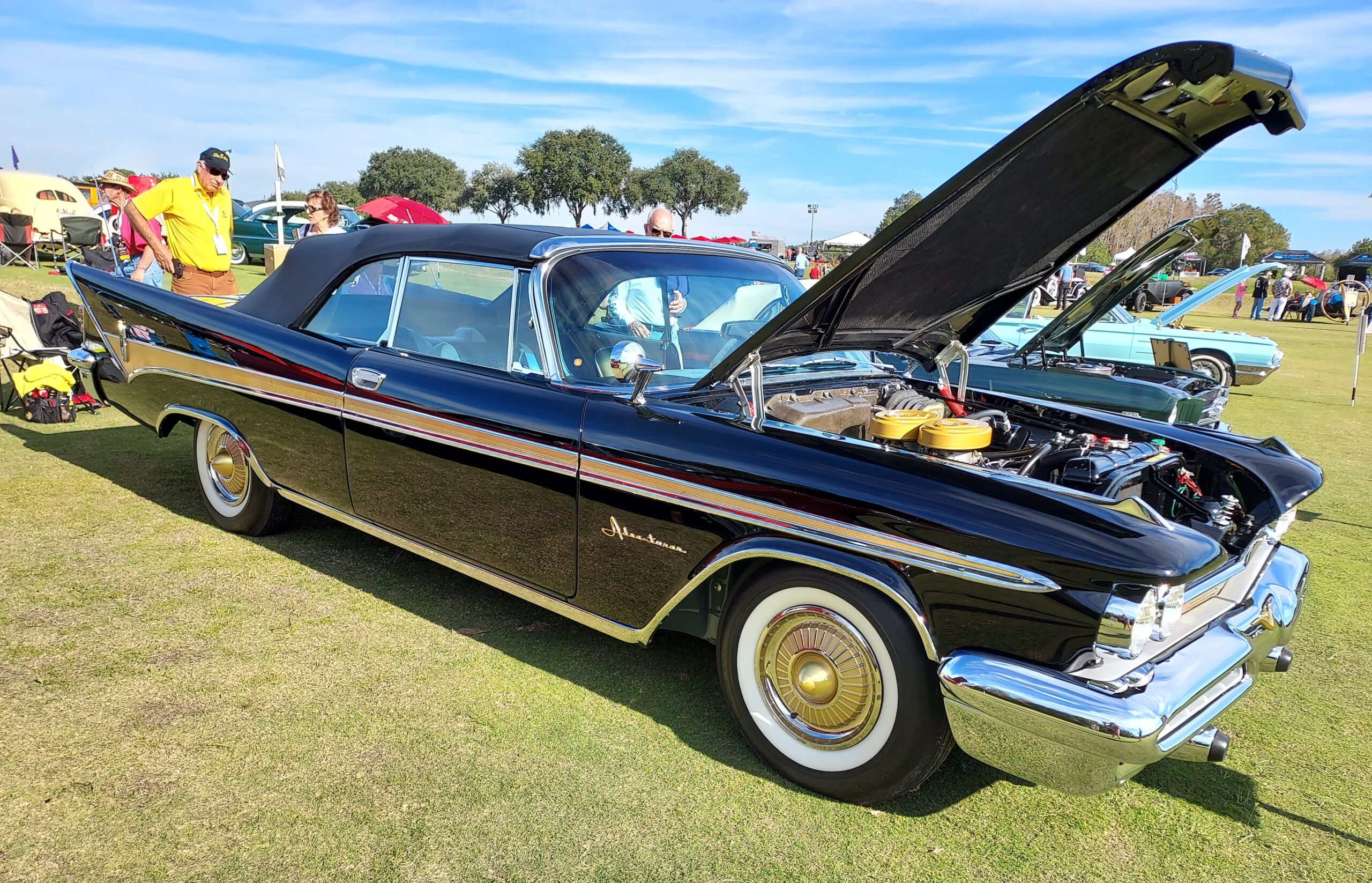 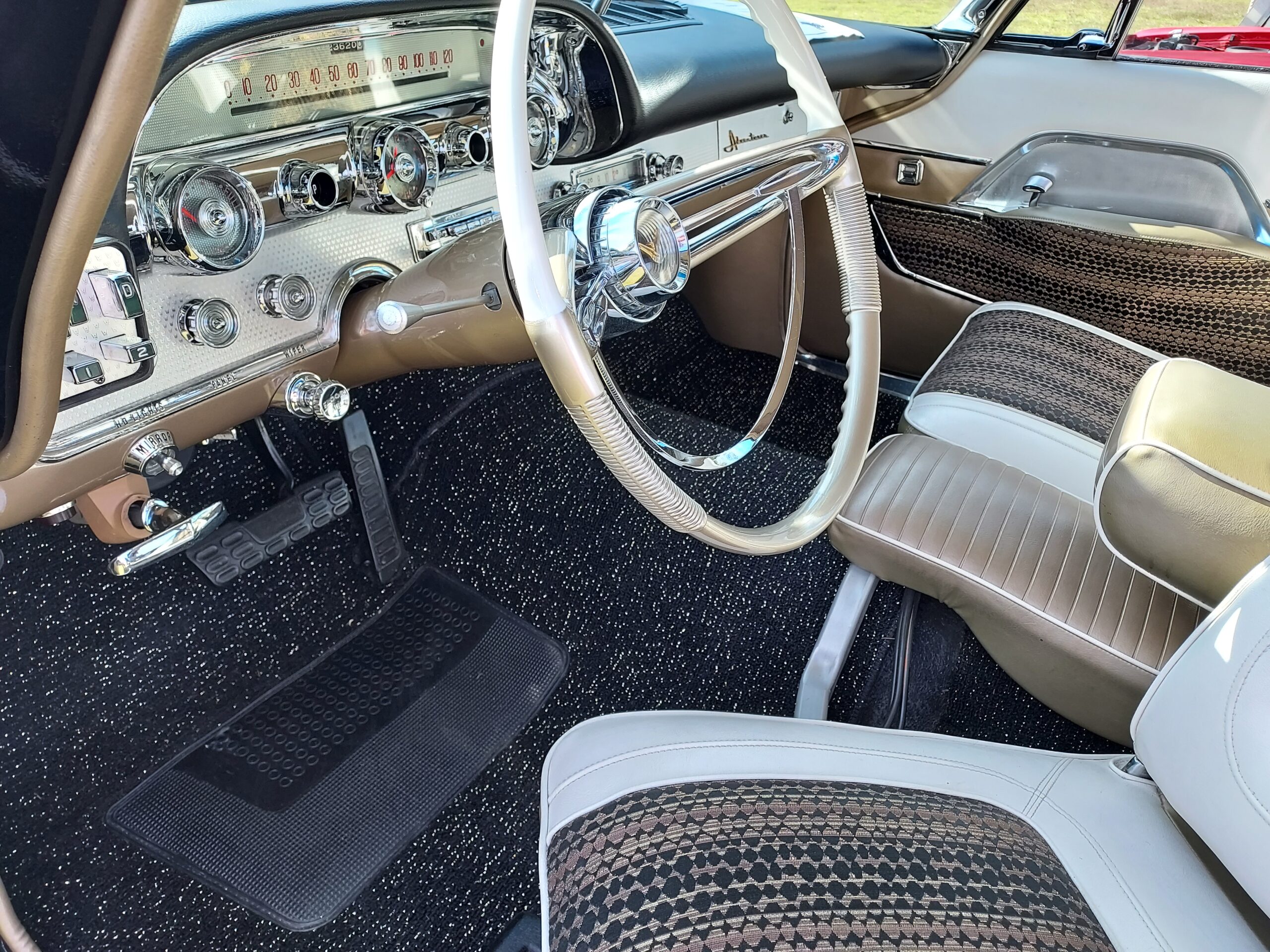 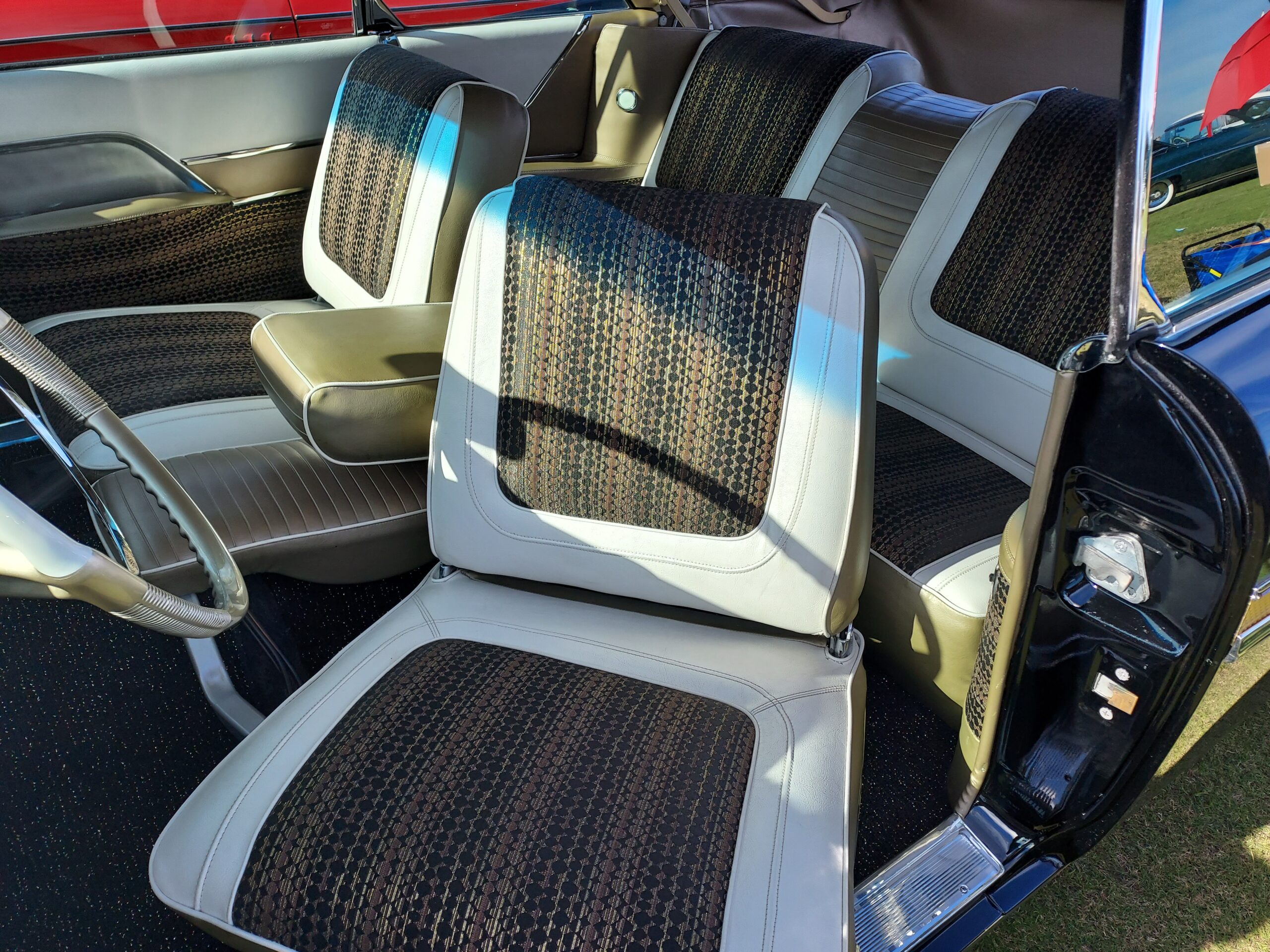 Only 97 1959 DeSoto Adventurer convertibles were produced and only four remain.  Warren Wubker of Mt Dora purchased it from the Pebble Beach auction, it was restored to factory correct specs.  The interior and carpet combination were over-the-top in design and style. 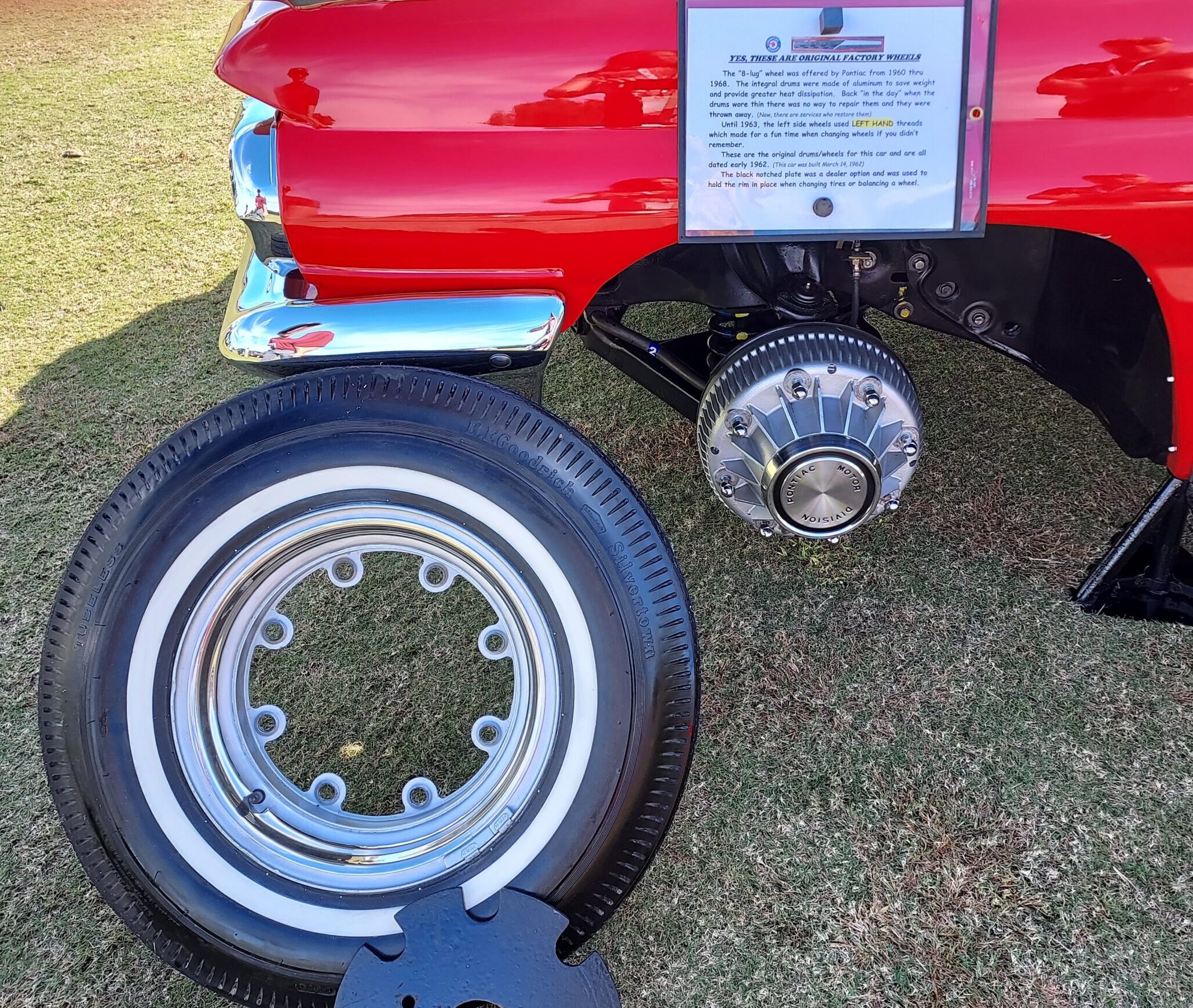 There is nothing too exciting about drums wheels until I saw this Pontiac on display.  The “8-lug” wheel was offered from 1960 thru 1968.  The integral drums were made of aluminum to save weight and provide greater heat dissipation.

Everything about this show says that it will be a serious contender among the countries best Concours events.  Only in its second year, it is off to a fantastic start.  Click HERE for future dates and information. 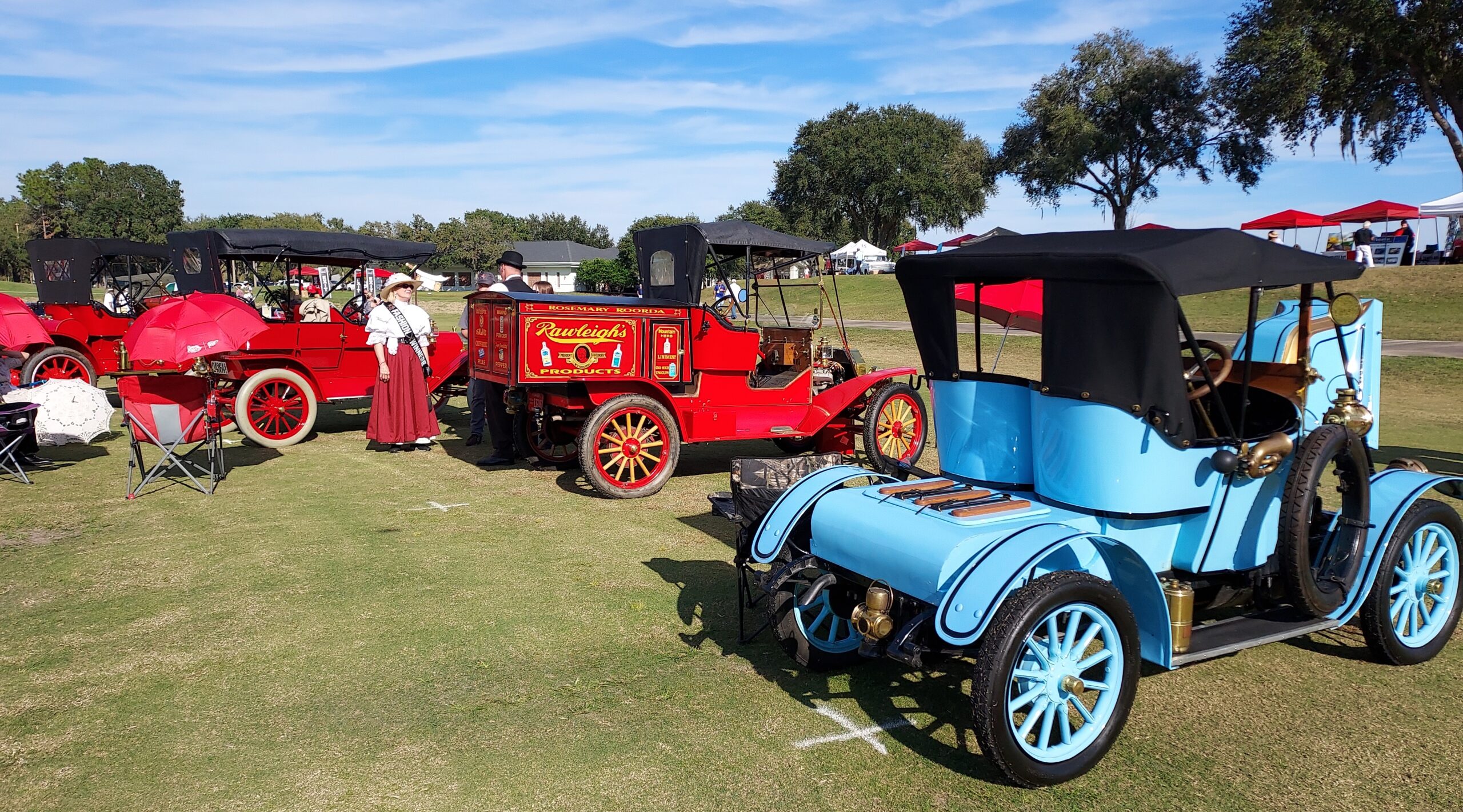 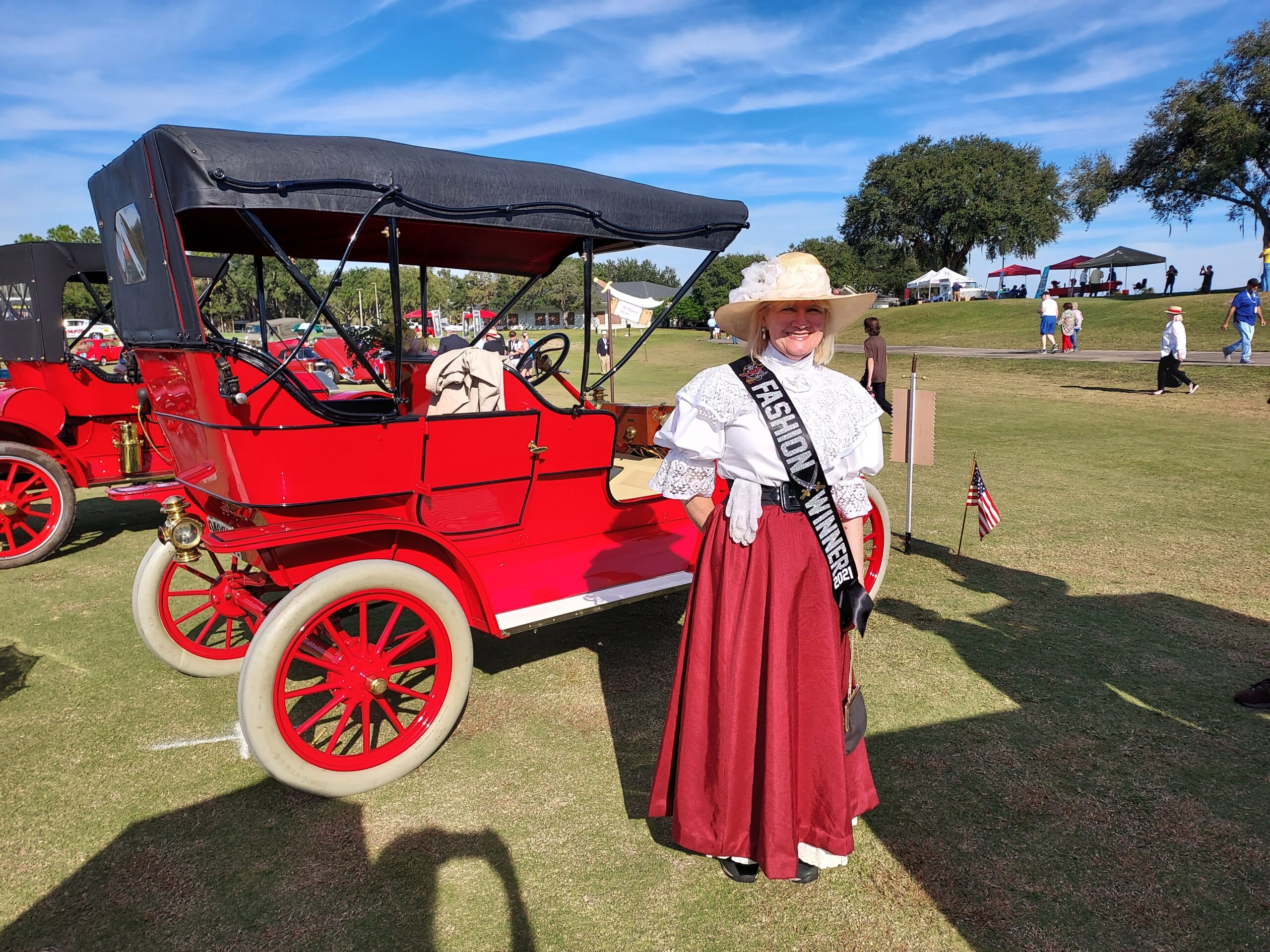 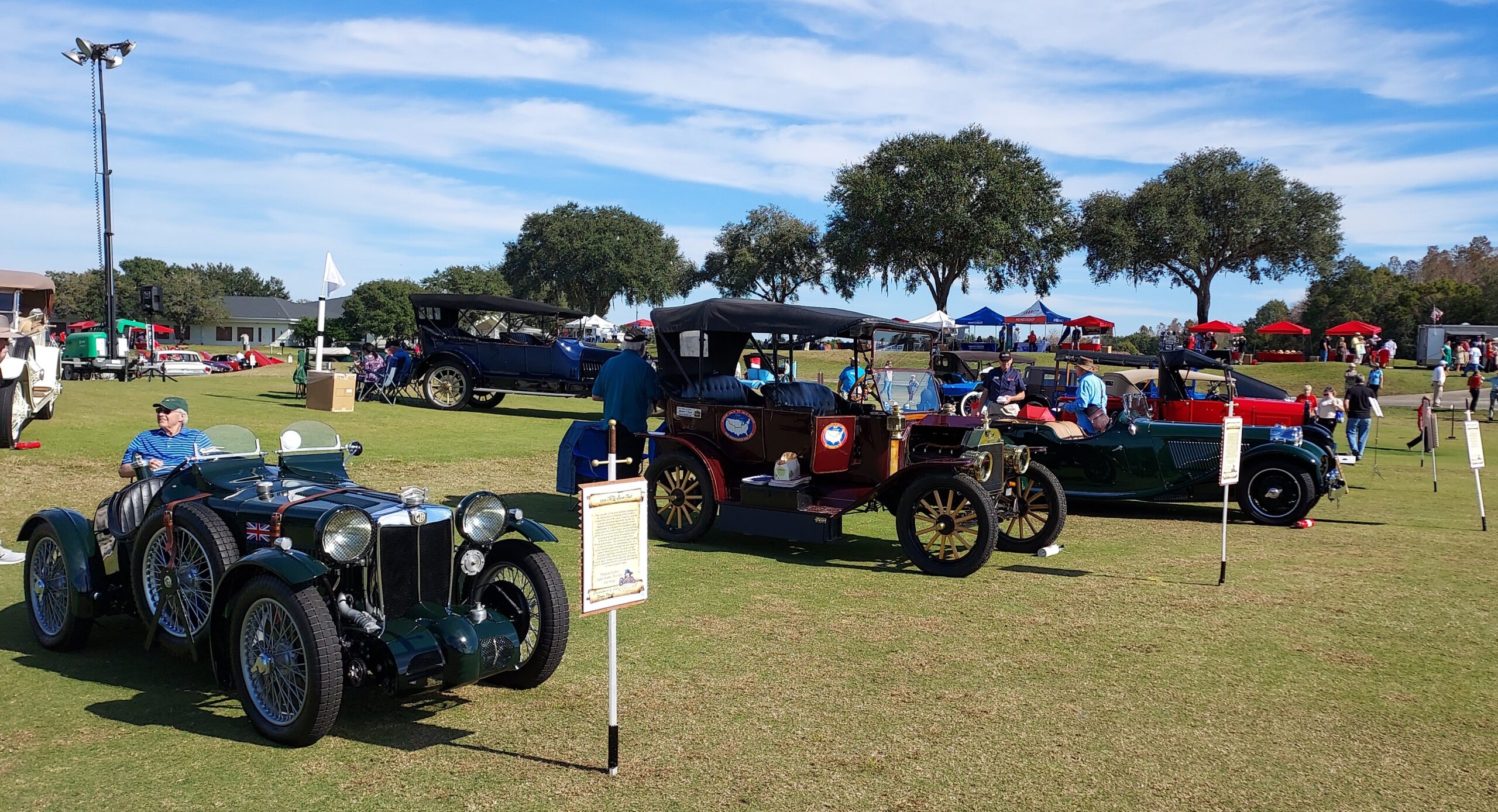